Kiwi is Painstakingly 3D Printing His Own Aston Martin

Luxury cars are, by their definition and design, available to own only by the very rich. 3D printing, on the other hand, has been said to be a democratizing technology, a means of putting production in the hands of the many at an almost affordable price. Ivan Sentch, of Auckland, New Zealand, is proving just how democratizing the technology really is by painstakingly producing his own Aston Martin DB4, piece by piece, in his garage. 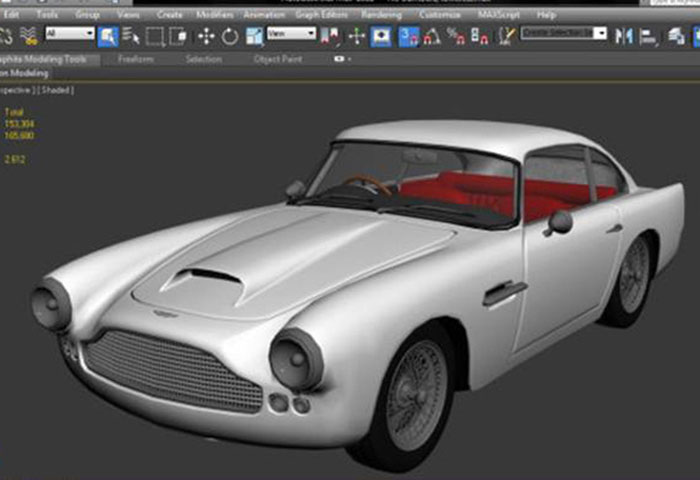 The DB4, Sentch’s dream car, is an expensive piece of craftsmanship, with a 1960 series II model recently selling at auction for $550,000. To make the car his own, the computer programmer is printing it on his Solidoodle 2 3D printer and the process, as you might guess, is tedious, to say the least. Sentch first downloaded an accurate model of the auto, stripped out the interior, and made it suitable for 3D printing. In order to print it on his Solidoodle, which has a build volume of 8” x 8” x 8” (or 20 x 20 x 20 cm), Sentch divided the model up into about 2,500 10 x 10 cm pieces. The 32-year-old programmer says that the printing is actually the easiest part of the process.  After preparing the pieces for printing, he prints five at a time, hitting print once in the morning and once at night, and allowing the printer to do the rest over the next 7 or 8 hours. 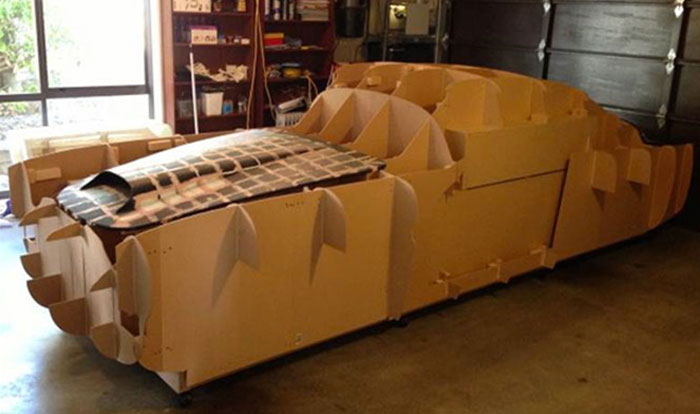 Sentch even enjoys assembling the car itself. In order to glue each ABS piece together using standard modelling glue, the car enthusiast had to first build a wooden support structure to support the weight of the plastic shell. In a way, Sentch says, it’s like putting together a toy model. The plastic parts will be used to create a mould, from which Sentch will be able to cast the fiberglass body of his car. Next, he’ll wrap the fiberglass panels around the metal frame taken from a Nissan Skyline coupe, which will contain the engine, gearbox, and suspension.  When he tackles the interior, Sentch will have a functioning replica that looks like an Aston, though it won’t exactly drive like one. 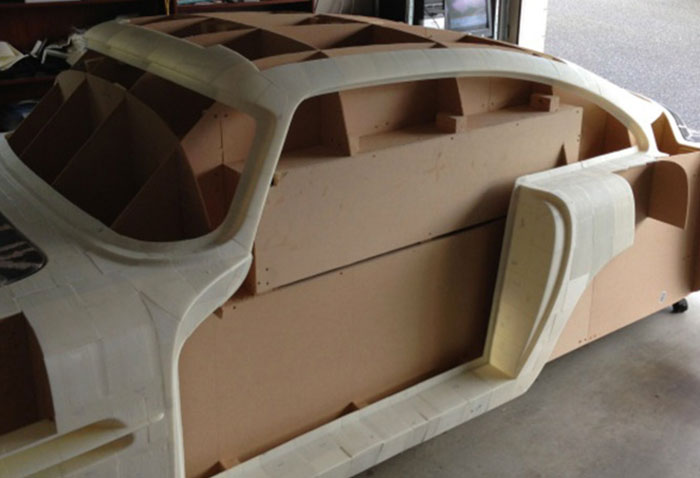 The Kiwi isn’t the only one using desktop 3D printing technology to attain the unattainable.  Another car enthusiast in Toronto is replicating his own version of the 2008 Citroën GT featured in Playstation’s Gran Turismo 5. Arthur K., who remains anonymous for fear of retribution, is 3D printing the panels of his Citroën on his MakerBot, which will also be used as the moulds for fiberglass parts. Arthur says, “I fell in love with the car when I saw it for the first time and I thought that I’d have a go at making it. I have got no modelling skills at all, so I can’t translate what I see into a clay or foam model. I’ve downloaded a 3D model and I’m printing the doors, the interior, the skirts on the front, rear and side, as well as the mirrors.”  To get it moving, Arthur will be using the engine from a Chevy Corvette and the gearbox from a Porsche Cayman. 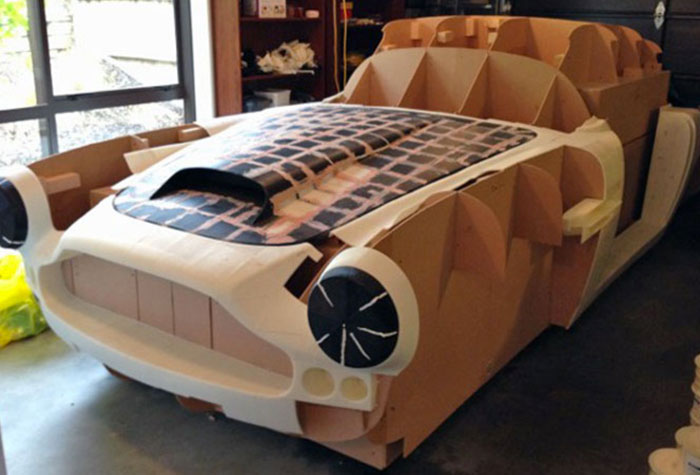 Sentch says that, after he completes the DB4, he’ll move onto another auto. Like Arthur, Sentch attributes 3D printing to the creation of his Aston, “If it was not for 3D printing, I would not have been able to do this project. The normal way of doing it is to mill the shape out of foam, which is too expensive, or to shape it by hand, which was too big an undertaking. By doing it this way, the final cost, including the printer, plastics and the donor car, will be around $NZ40,000 ($37,700). I hadn’t thought about using a 3D printer before this: it was just a solution to a problem.”

Ok, so that may not exactly be a democratizing price point, but it’s a start. If he’d had a MarkOne 3D printer, which is capable of using fiberglass filament, perhaps he could have forgone the moulding process altogether.  I’m not sure if the MarkForged filament would have been strong enough or how much of a dent that would have made on the final price, but that’s one possibility that could make home car printing a step closer to reality. And, of course, he won’t actually be driving an Aston Martin, but $37,700 for a decent knock off will certainly throw the world of luxury cars for a loop.