Could 3D Printing Save the Livelihood of a Penguin in Poland?

While we’ve seen the beaks of majestic, soaring birds restored with 3D printing, this may be the first goofy, flightless bird to find a new lease on life with the technology.  The story of an African Penguin, named Blondas, at the Warsaw Zoo may be the first report of an animal aided with a 3D printed prosthesis in Poland.

Though Warsaw Zoo zookeepers are unsure of how the penguin lost its lower beak, they assume it came as the result of a fight or fall.  Without its lower beak, Blondas struggles with eating and drinking and must be hand-fed, meaning that he may not survive without human intervention.  Due to fate or fortuity, 3D printer distributor MTT Polska happened into the zoo one day, with the firm’s representative Bartek Jarkiewicz, saying, “We had gone to the zoo to see if they could use any of our 3D technology, and didn’t know anything about the bird at first. Then they said they had a penguin with a problem and asked if we could come up with a new beak.” 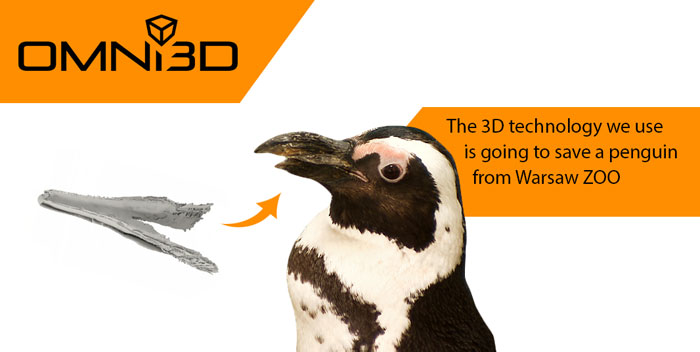 MTT Polska enlisted the help of their manufacturer, Omni3D, to determine a possible line of action.  A scientist at Omni3D requested, from the zoo, the beak of another penguin that passed away from natural causes.  Scanning this beak from 12 different angles, designers at the printer manufacturer were able to create a precise 3D model, ready to be 3D printed. 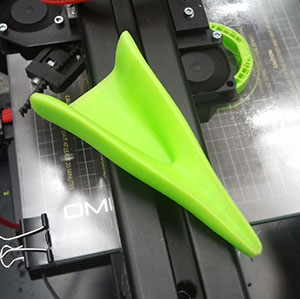 The company’s founder, Konrad Sierzputowski, says, “We have never done anything like this before, but we are pretty sure it will work. The technology is [now] known, thanks to cases [such as the eagle]. Prototyping is what 3D print[ing] is needed for. The most important and the most difficult part is to design ideal model. Then, everything else – like choosing the material or matching the artificial beak with the part with which the penguin will live – will be much easier.”

MTT Polska will 3D print the beak this week, using an eco-plastic.  Subsequently, veterinarians will perform a procedure in which the remnants of Blondas’s beak will be grinded down so that the prosthetic can be placed over it.  The firm will also print other variations in other materials, such as plastic and silicone, in the unfortunate event that Blondas’s prosthetic falls off or doesn’t survive the salt and water of the penguin’s lifestyle. Omni3D says of the above prototype, “Of course the final prosthesis will not be (unfortunately) neon green, because we do not want Blondas to become a laughing stock of the ZOO. All in all, we are still working on trying to make the best prosthesis possible and we are patiently waiting for the moment when Blondas will be able to sport a brand new beak on the run.”