CERN Got a New 3D Printer. What Do You Think They Will Do With It?

The European Center for (Sub)Nuclear Research (aka CERN by its French acronym) is home to the most complex machine humanity has ever built, the Large Hadron Collider, or LHC, and its four enormous experiments on particle collisions. Being so complex (an over 100 Km circular tunnel 100 meters below ground level, across the border between France and Switzerland) it also is unique, made equally complex and often unique parts.

What happens when something at CERN breaks down? You have to have someone make a new, complex, unique, component. This can be a very lengthy and expensive process with traditional manufacturing practices. It can, however, become a much, much less time consuming and costly activity by implementing in-house 3D printing technologies. 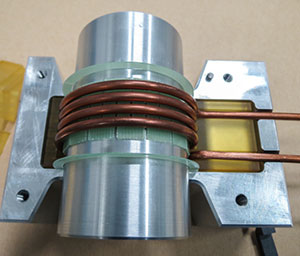 That is exactly what CERN did although perhaps they waited a bit too long. CERN has a Polymers Laboratory on its premises since the 1960’s and now that it has finally acquired an industrial level stereolithography 3D printer, it can study and develop new resins, based on epoxy, silicon or polyurethane to respond to many different needs such as bonding, moulding, electrical insulation or resistance to cryogenic temperatures and radiation.

CERN’s new SL machine can already manufacture about 70% of the requests compatible (for size, scope and quantity) with 3D printing capabilities by using three resins already available for 3D printing: white, which is very flexible and low-cost; transparent, which is more resistant; and blue, a composite resin containing ceramic particles, which is particularly resistant to extreme temperatures and radiation but more expensive.

“The main advantage of this machine is that it allows us to manufacture functional parts with strict mechanical properties,” says Marco Goncalves Lopes, a materials engineer in the Polymers Laboratory. “The Laboratory also has another 3D printer, which works by bonding fine layers of polymer powder. This is used to study the shape of certain prototypes, but is not suitable for the production of functional parts.” 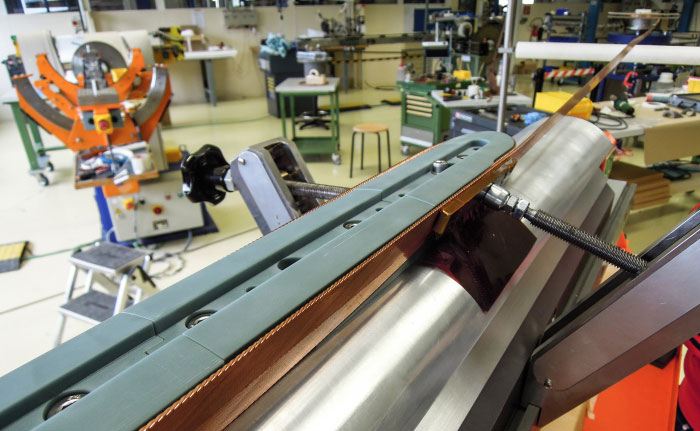 As you would expect CERN is already ahead of the curve: although the initial use was mainly for rapid prototyping, Paolo Fessia, who was responsible for purchasing the new 3D printer, says that the Polymers Laboratory’s core business is production of end-use spare parts or urgent repair work. The adoption of 3D printing in many of CERN’s departments is increasing very rapidly.

The ultimate way of shaping matter by “compressing” energy into matter and assembling particles to form an object. Just like on Star Trek’s replicator. No one knows more about the process of transforming energy into matter and viceversa than CERN, as that is exactly what its particles colliders do. Now all we need to do is transform one of them, perhaps the 20 meter tall ATLAS, into a 3D printer so that it can reorganize the scattered particles into a any solid object, and perhaps answer the question on everyone’s mind: would anti-matter make good filament?