3D Printing and the Importance of Attribution

If you have ever seen a 3D printer promoted or advertised, there’s a good chance that you have also seen the work of several talented 3D model designers. What you probably don’t know is who they are.

Thanks to the designers who share their creations on websites like Thingiverse or GrabCAD, people have thousands of free 3D models at their fingertips, ready to make without having to learn any modeling software. Even though the designs are free to download, each is shared according to certain license restrictions.

That license is often of the Creative Commons variety, with which designers retain copyright, but clearly state their intent for usage rights like remixing and selling. Such licenses also come with a responsibility — attribution. 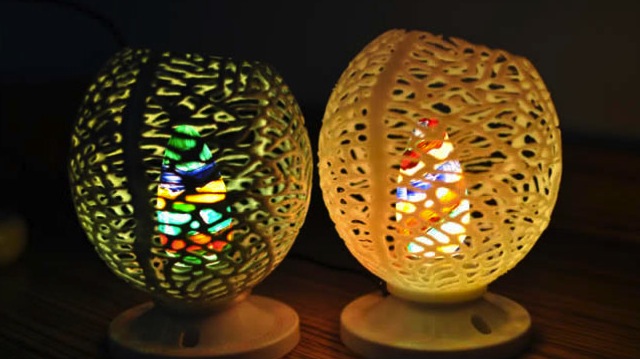 Naturally, when a company wants to sell a 3D printer, it has to show that the product is capable of making cool, attractive, high-quality stuff. But what happens when the designs for those things are used without being properly attributed?

This is a situation that 3D designer Asher Nahmias (best known online as Dizingof) has found himself in more than once. Earlier this week, he rebuked companies like Tri-Tech 3D (an Objet supplier) and PP3DP (makers of the UP!) on Twitter for using his designs to sell printers without crediting him.

It’s not just a point of recognition, either. For example, Asher’s free math art designs on Thingiverse drive traffic to his paid designs on Ponoko. That’s pretty unfair to a guy who has given away so many cool things.

Tri-Tech 3D has since apologized, and PP3DP has started listing some credits in their model gallery (pictured at the top). But that’s just a start. Demand for 3D models is only going to grow. If we’re going to continue seeing quality material shared freely, we need to make sure that creators feel respected enough to continue doing so.