Following the example of Andy Keane and Jim Scanlan of the University of Southampton researchers in the US have successfully built and flown an unmanned aerial vehicle (UAV), produced using 3D printing technology.

The project started from a YouTube video posted by students from the University of Virginia, which showed how they had designed and built a plastic turbofan using 3D printing. Executives at Mitre Corporation got very excited when they saw the video consequently launched a search for two interns from the School of Engineers and Applied Science to participate in a 3D printing project.

One student, Steven Easter, responded to the job announcement out of curiosity and was hired. The assignment was to build an unmanned aerial vehicle from scratch — using 3D printing — over the summer. This involved the design, fabrication, build and test flight. Professor David Sheffler from the University of Virginia Engineering School worked as an advisor on the project. 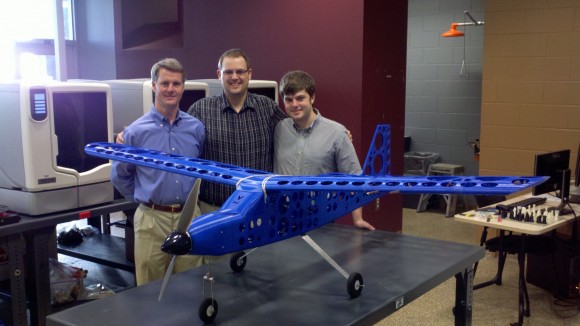 This was not a small undertaking — the students worked long hours to fulfill the assignment and the final outcome was a fully assembled aircraft. The UAV was put through four test flights during August and September and flew successfully on each occasion, achieving up to 72.4 km/h speeds. It is the third aircraft of its type to be completely 3D printed.

However, what makes this story significant to the other UAV’s? Well, it’s not really the model but rather that the previous projects were conducted by researchers who were experienced professionals in their own area. This project was successfully completed by under-graduates — in a single summer! It certainly points to the enabling capabilities of 3D printing in the hands of our youth, and the as yet untapped potential. In the future we need to see more kids — in school — with the opportunity to learn and experiment with 3D printing at a young age. 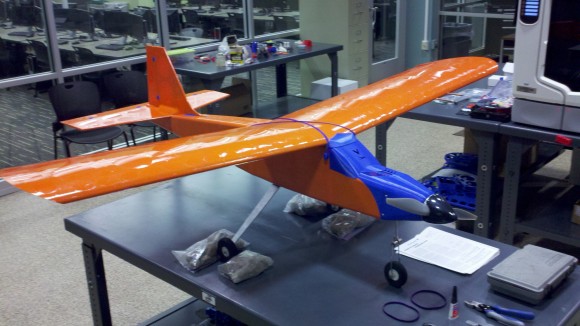