3D printed Subaru engine is a thing of beauty

One committed maker has spent their days, and nights, creating this truly stunning, working scale model of a Subaru Impreza WRX boxer engine.

Eric Harrell has posted the fruits of his impressive labours on YouTube and you’ll be shocked to see this 35% scale model of the EJ20 flat four in action. Of course it isn’t an internal combustion engine, it runs off a small electric motor. But it is fully functional.

In the YouTube video, Horrell proudly removes the camshaft bearing caps to reveal revolving camshafts and tiny pistons in the valves. Apart from the fuel, it’s a real working engine.

This is a trade-up on the Toyota

Harrell has form producing engines and has previously created the entire drivetrain from an old-school, 1980s Toyota 22RE engine. That time he included the gearbox and transfer case, which is a mindblowing dedication to the cause. If you are mechanically minded then take a look at his five-speed transmission, too. It’s just a work of art.

The keen modeller reckons he did the whole project in two weeks, in his spare time, and devoted about 40 hours to the project.

Model makers have long held a fascination with engines. They’re complex, made up of many different moving parts and demand precision. It’s a huge test of the model maker’s skill and a clear demonstration of their work ethic.

It has, at least, been recognised. Harrell’s work has been rewarded with coverage on automotive bibles Road & Track and Jalopnik, as well as major props from the 3D printing community. His moniker on Thingiverse is ‘ericthepoolboy’ and he claims to be a trained mechanical engineer who works as a pool boy. But if he continues to turn out work like this then that might not be the case for much longer. 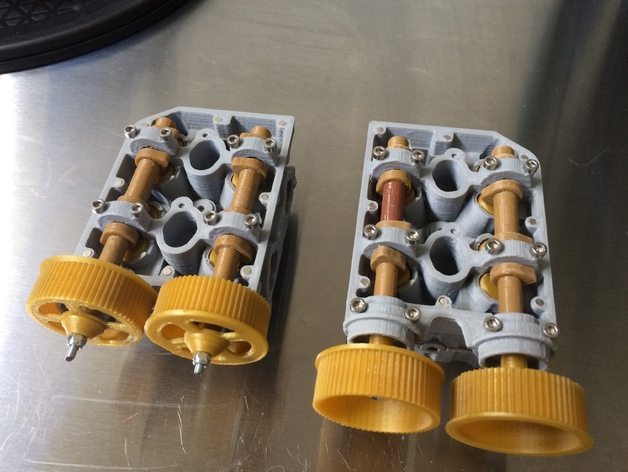 Measured by hand, made on computer

He measured each and every part on the real engine with hand tools and then set to work with SolidWorks. Those files won’t be made public, but he has shared the printable files on Thingiverse so you can make your own version of the Subaru powerplant, which will make Impreza fanatics around the world deliriously happy.

Harrell said: “If you want to print this one, it’s best to familiarize yourself with my previous models. It is 35% of the original, which is a good size for printing and also for finding the fasteners that work and look right.”

“The tolerances are a little tighter and, depending on your printer, you might need to tweak the crankshaft to get it right so there is no interference while it’s rotating.”

Made on a budget printer

He used a $200 Prusa i3 RepRap printer to prove that any decent FDM printer can handle this project. Harrell set it to 0.2mm resolution and a 20-40% infill. So you should be able to replicate this titanic effort at home.

The EJ20 is hardly the most famous Subaru engine, but Harrell simply works with what he has available and the flat four has its own unique charm that has won it legions of fans around the world. Of course Subaru made a huge splash in the World Rally Championship, which turned it into a blue collar hero.

The special edition road cars were famous for hounding supercars on backroads thanks to their prodigious power output from their two-liter turbocharged engines and all-wheel-drive. 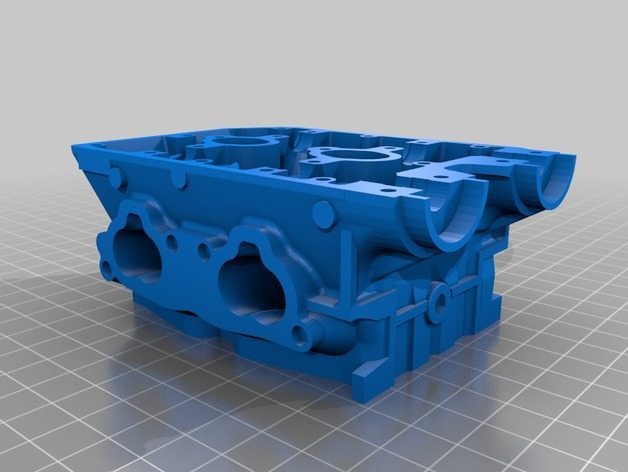 The Corvette LS3 comes next

Now Harrell has turned his attention to the iconic LS3 V8 that powers the Corvette, among other cars, simply because that’s what he can get his hands on after trying to secure an older LS1.

That American classic will be an icon in the model-making community, the buff books will love it and we can’t wait to see the results.