3D printing has become a technology that pairs perfectly with lighting decor. Through tricks of geometry, texture and colour, artists have been able to 3D print lamps and light covers that take quite different forms when switched off and on. Beth Lewis-Williams, an MA graduate of Central Saint Martins in 2013, produced a series of lithophane style lamps for Milan Design Week.

Featured at the Designersblock, Lewis-Williams’s lamp series were not the only 3D printed art, nor the only 3D printed lighting, on display at Milan Design Week this year.  Nevertheless, her work shone among the collections in Milan. Flipped off, her lamps are plain white orbs, but, when engaged, become pastoral scenes and urban landscapes, inspired by ceramic lithophanes produced in the 19th Century. The artist explains: 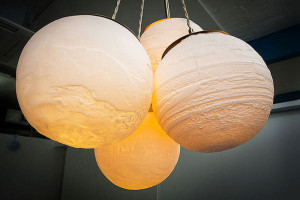 Lithophanes were a 19th Century passion and were used with an internal light source diffusing through the porcelain creating a gentle play of shadows exposing beautiful, delicate and sculptural images. The widespread emergence of printed landscape patterns on industrial ceramics was driven by the fashion for Chinese and Japanese porcelain, decorated with idyllic and picturesque landscapes. It was in effect a rural nostalgia, the result of a confluence of technological development and urbanisation. My work, in turn, examines our intense urban landscapes though the elegiac atmosphere lithophanes create.

Her 21st Century take on the trend recreates similar lithophanes through 3D printing, saving both time and money when compared to their 19th Century counterparts. 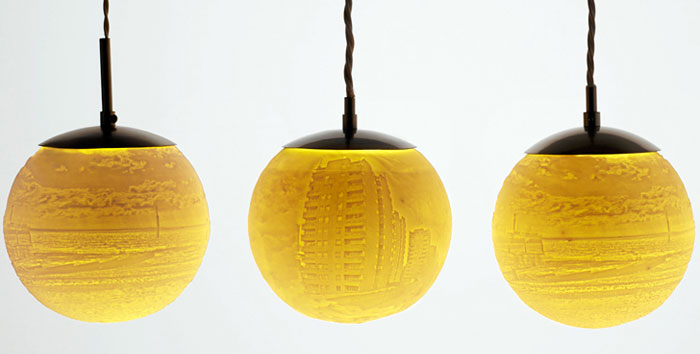 Lewis-Williams plans to expand her 3D printed lighting solutions by crafting bespoke lamps for customers on demand. I’m looking forward to other ways she intends to light up the world! 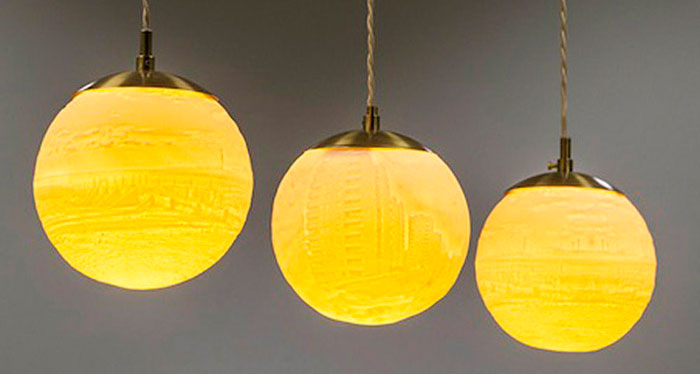