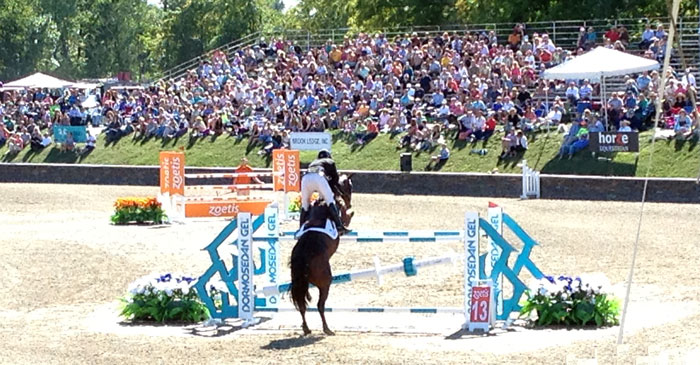 HITS inc. president Tom Struzzieri also happens to be on the board of the State University of New York New Paltz 3D Printing Initiative. The SUNY Advanced Manufacturing Center director and dean of the School of Science and Engineering Daniel Freedman oversaw the 3D printed horse jump project, which had his team create and assemble it for the race. The only part of the build that wasn’t 3D printed was the barrel of the syringe, which was made of 6” PVC pipe.

The 3D printed parts were made on a Stratasys Dimension 1200ES, an industrial FDM printer that uses high quality ABSplus thermoplastic. It took Freedman and Assistant Director of the Advanced Manufacturing Center Kat Wilson – who designed the jump and built most of it –  about 10 days to print all of the components, and then another four days to paint and assemble the syringe shaped horse jump.

Because the 1200ES only has a 10″x10″12″ build plate, Wilson needed to be very clever in designing the jump. It needed to fit together seamlessly, and remain sturdy and durable during an event where it would be subjected to large animals potentially kicking it or stepping on it without going over budget and making it too expensive to produce. As you can see, Wilson ended up breaking the syringe up into 20 individual pieces. 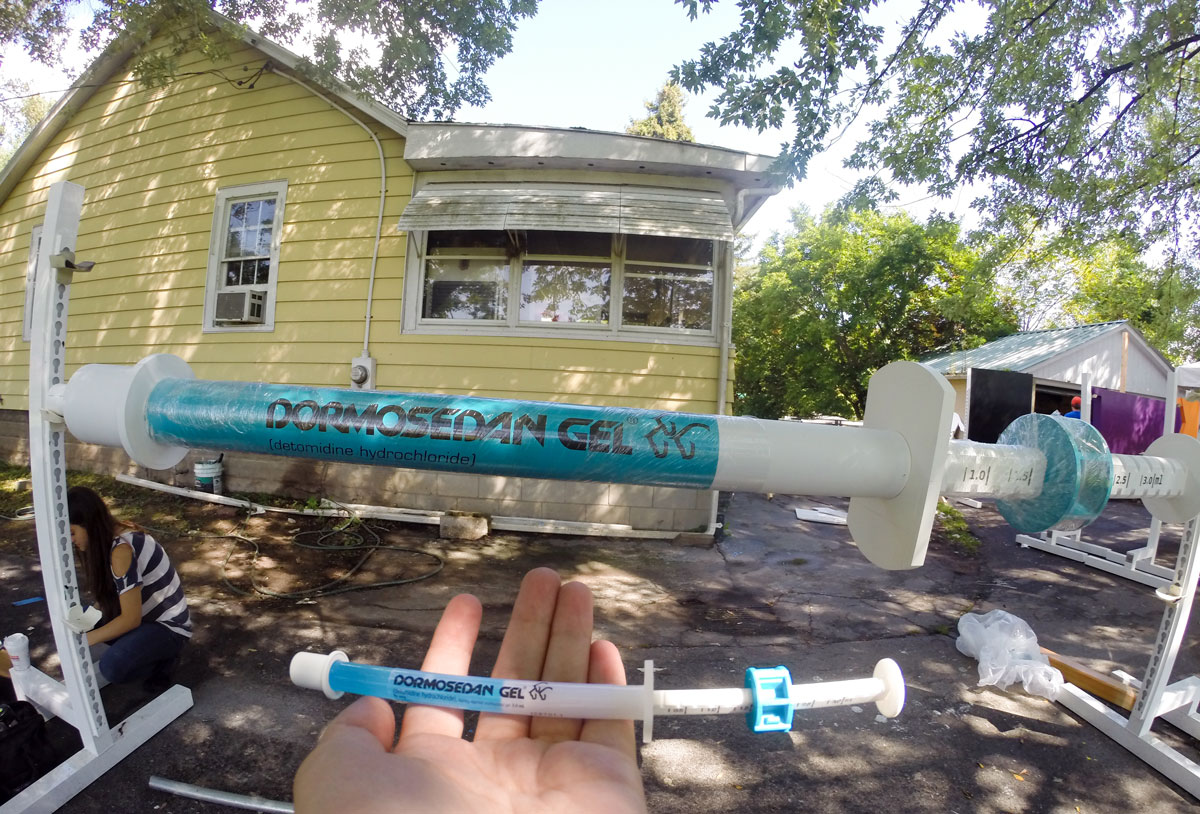 While the frame of the jump was a standard 3.5” wood jump rail, there was concern about how well the syringe would stand up if it was knocked off the rail or stepped on by a horse. Thus, Wilson’s primary challenge was to create a jump strong enough to survive contact with a horse. While Freedman told me that he believed it would have been okay if it was simply kicked or knocked off of the rail, he admitted that it probably would not have survived had a horse actually stepped on it.

Thankfully, the syringe-shaped jump never had to be subjected to a horse related stress test and it made it through the entire event completely undamaged. For his part, Struzzieri was very pleased with the 3D printed jump, and even expressed interest in creating more of them for future horse jumping events. 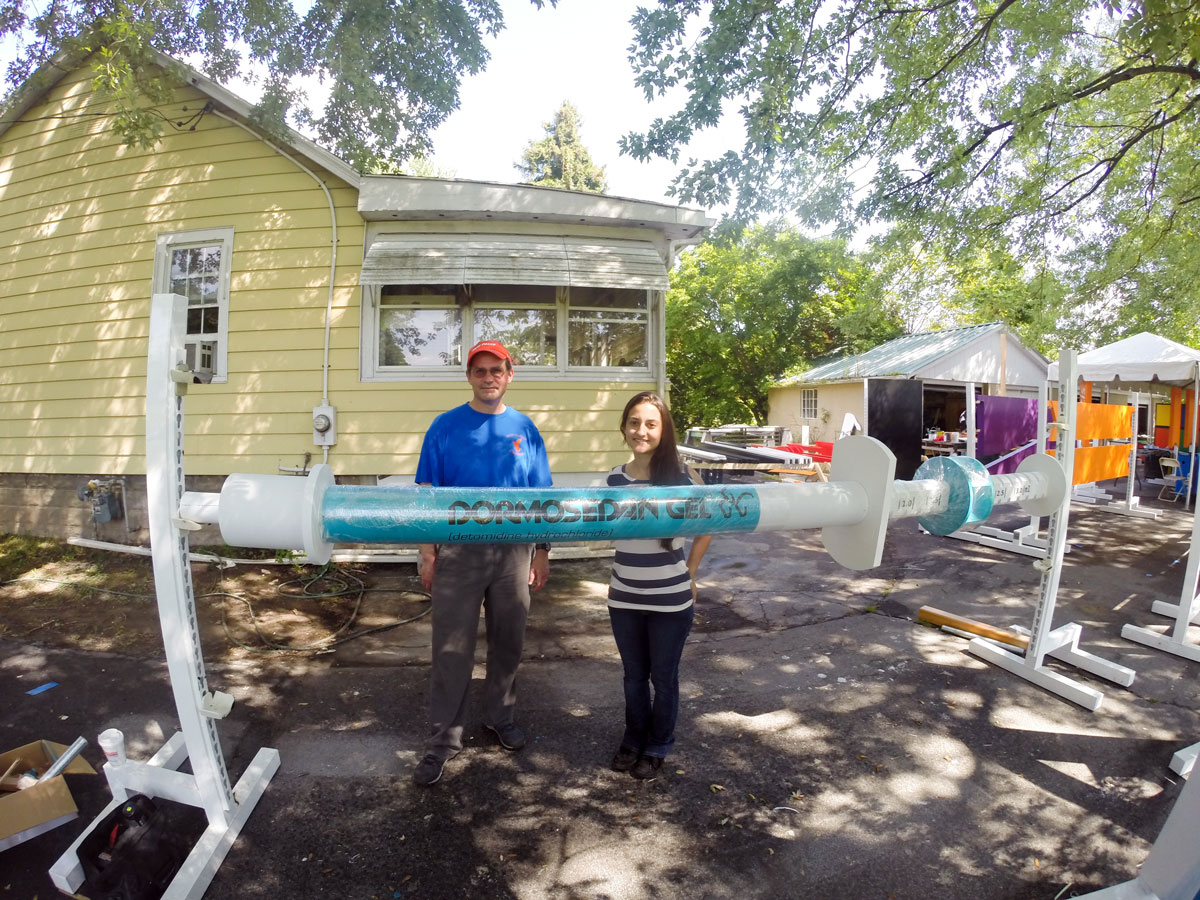 The SUNY New Paltz 3D Printing Initiative has created a unique curriculum for Digital Design and Fabrication aimed at creating an advanced-level workforce. The initiative also offers students the chance to work on projects for local businesses and industries and collaborates with local community colleges and high schools to expand 3D printing education in the region.

Here’s a great video about how 3D printing came to SUNY New Paltz: