ORD Solutions, the Canadian manufacturer of the wildly successful 5 material/color RoVa3D printer that launched on Kickstarter in July, is shaping up to be a pretty innovative bunch.  After blowing past their last campaign goal by more than 5x, the company has taken their flexible RoVa3D design and applied it to everyone’s favorite 3D printing topic: 3D printed food.  Their latest Kickstarter campaign is for a paste printing version of their original RoVa3D printer, allowing users to extrude viscous materials, like food. 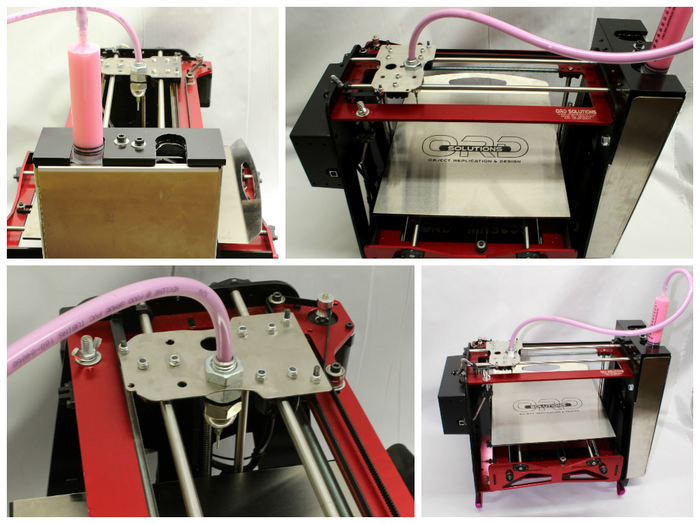 ORD has swapped out their plastic pouring extruder for a paste extruding syringe and are selling their fully-assembled RoVa3D Paste Printer for $899 CAD.  In addition to creating three-dimensional food objects out of chocolate and the like, the paste extrusion system opens up the printer for creating items made from silicone and other soft materials.  As exciting as it may be to 3D print food pastes, like brownie mix, frosting, or pizza dough, the campaign hints at a pretty versatile machine, if ORD can meet its stretch goals.  The team behind the printer are confident that, with some extra money, they can add multiple extruders to the Paste Printer, as well as a nozzle adapter for experimental frosting experiments. 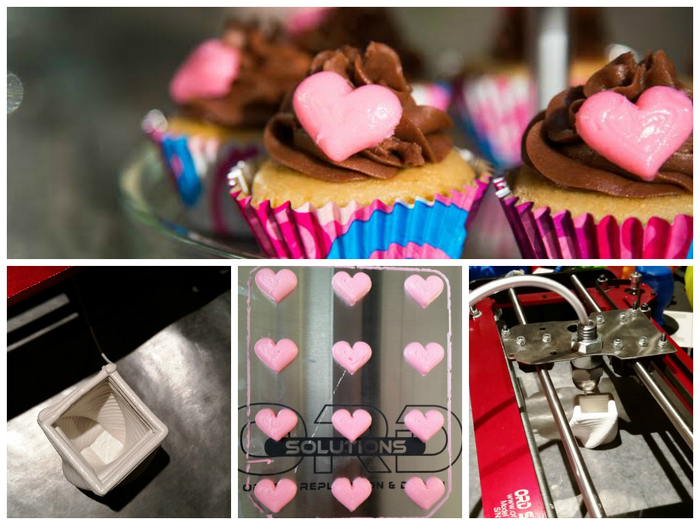 ORD is also working on different methods for controlling the temperature of prints, through the extruder and the printbed.  By attaching an optional heater cartridge to the printer nozzle, which will control the flow of materials through the extruder.  The Paste Printer also features an optional silicone heated bed that further enables control over the chemical state of the object being printed, though they don’t elaborate on whether or not food is cookable on this heated bed.  If so, then, the ORD team gets bonus points for creating one of the few 3D food printers that actually cooks what it prints.  They have plans to create a cooling bed, as well, which might create an interesting dynamic when combined with a heated print nozzle.  What sort of prints this would allow, I’m still not sure.

I get pretty stoked about any desktop 3D printer that can print in a wide range of materials, so I can’t wait to see what people would do with this machine, given that it seems pretty versatile.  If you’re interested in learning more about it, take a look at their Kickstarter campaign and/or watch their campaign video below: