We kind of already know that Barbie is awful. We’ve known it for some time now. The doll is introduced in high school health classes as the number one example of poor media representations that feed into anorexia and body dysmorphic disorder for young girls the world over. If she were a real person, her torso couldn’t support her skull and she’d be crushed under the weight of her own head. It’d be nice if somebody actually did something about it, don’t you think? Artist Nickolay Lamm certainly thinks so. 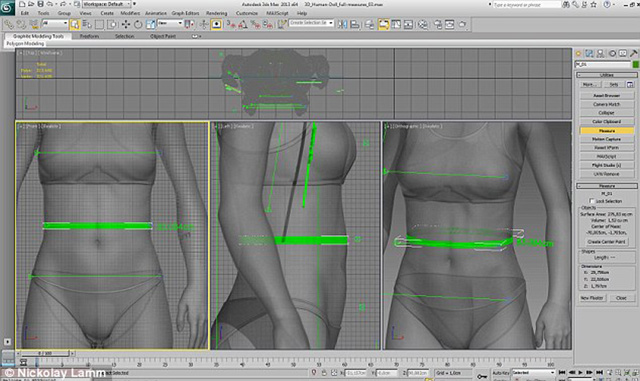 In order to both demonstrate how unrealistic Barbie’s proportions are and offer up a more realistic alternative, Lamm 3D printed his own version of Barbie. Instead of Barbie’s true age of 54, he went with the forgiving age of 19, using the measurements of the average 19-year-old American woman as indicated by the CDC (the US Center for Disease control).  Compared with Barbie’s extrapolated measurements of 36-18-33, which, at her similarly exptrapolated height, would give her a BMI of 16.24 and qualifies her as anorexic; the CDC lists the average 19-year-old as having a 31″ waist, 33″ hips and a 32″ bust. After printing a doll representing the average 19-year-old, he snapped photos of the Mattel doll and his doll together and the differences are striking. 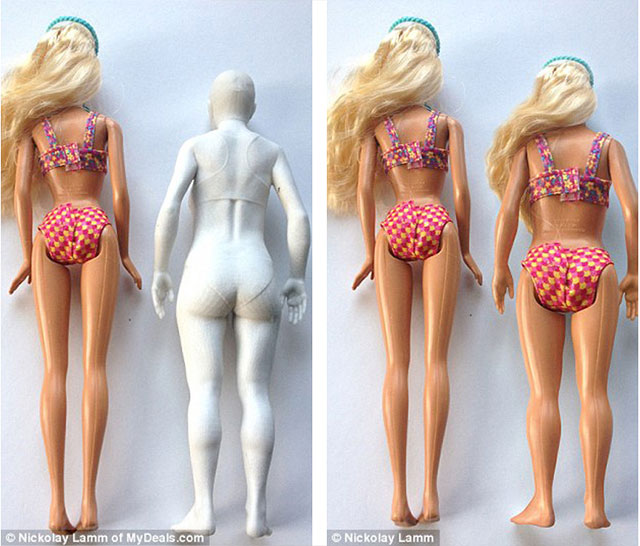 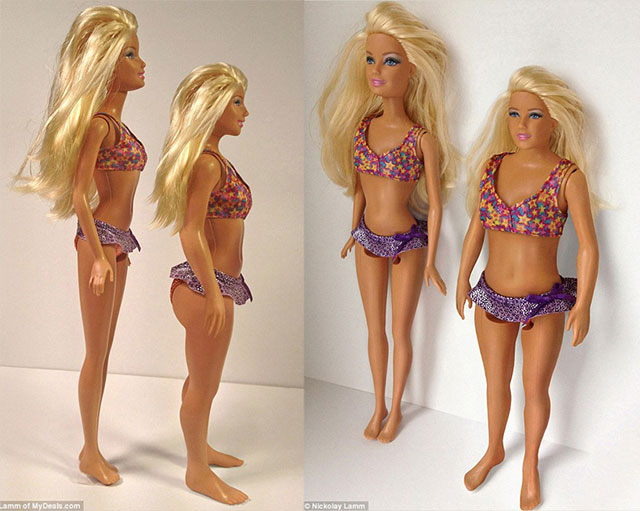 Lamm said that the side-by-side comparison of the two dolls “got a lot of criticism because Barbie is just a toy. People argue that a toy can’t do any harm. However, if we criticize skinny models, we should at least be open to the possibility that Barbie may negatively influence young girls as well. Furthermore, a realistically proportioned Barbie actually looks pretty good in the pictures I produced. So, if there’s even a small chance of Barbie in its present form negatively influencing girls, and if Barbie looks good as an average sized woman in America. What’s stopping Mattel from making one?”

While I do like the outcome of Lamm’s project, there are still some concerns that I have, such as his choice of age for the doll.  With few positive representations of aging for women in the media, a 19-year-old doll seems to reinforce the pressure to maintain youth already faced by women on a regular basis. If Lamm really wants to help reshape images of femininity, he might consider releasing a line of dolls ranging in age, body shape, race, ability, and all of the other differences that separate real women from the ideals manufactured by the media. Still, I applaud Lamm’s work and it’s definitely better than this or this.