The 3D printing market belongs to the second movers. Apparently, the 3D printing events market also does.  So, after two great years of 3D Printshow and Inside3DPrinting, now it is time for new localized shows to take over the global scene. Here in Italy, 3D Print Hub is going great; there are yearly shows in Israel, Turkey, and Argentina. In the post-Soviet CIS Countries, it is the 3D Print Conferences that are helping industry operators to meet and do business.

The new season of the series of shows, organized by Smile Expo, is taking off next May 20th from Baku, the up and coming capital of Azerbaijan. This second edition will be held at the Fairmont hotel conference-hall and will, once again, gather together developers, experts, scientists, providers, as well as all those interested in this very industry. 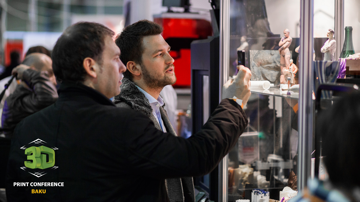 The first 3D Print Conference took place in Baku, February 12, 2015 and showed local and foreign participants that 3D printing became an integral part of our future and that this future has already begun. The conference was attended by representatives from the USA, Turkey, the Russian Federation, and, of course, Azerbaijan.

Dmitry Postelnik of Autodesk said that the show “will give rise to the development of 3D technologies in Azerbaijan and will hold the rightful position within the country’s top industries.” Furkan Bakir, from 3Dörtgen in Istanbul, noted that the “3D Print Conference Baku is out of this world! I’d like to express thanks to the host of the conference for brilliant event and a lot of positive emotions.” 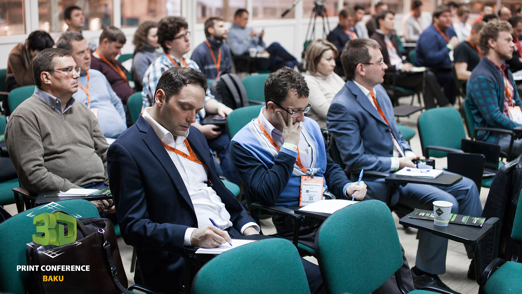 “The aim of 3D Print Conference Baku 2016 is to acquaint visitors with incredible opportunities of 3D printing and scanning,” said Smile Expo’s Anna Vavilova. “Today 3D technologies are already widely used in various industries, being competitive and efficient. In Azerbaijan, compared to the European countries and Russia, 3D-printing has not reached such a large scale yet, but interest to it is growing by leaps and bounds. That’s why being one of the major organizers of specialized exhibitions and conferences, Smile-Expo will hold 3D Print Conference in Baku for the second time.”

Perhaps one of the most fascinating aspect of 3D printing is how such a small industry could already unite so many different people from so many different places all enthused by the same passion for a more efficient and sustainable form of manufacturing. In this case, whether the shows are organized locally or internationally, the end result is the same, getting people to come together and explore the future of manufacturing.