When I wrote about artist Heather Dewey-Hagborg, who had been taking DNA samples from the street and turning them into 3D printed portraits, I had to tell a friend that the artist’s portraits were only rough estimates of the people from whom the DNA was extracted. The technology, I said, was just not quite at the point where you could take a piece of DNA evidence and recreate, with accuracy, a complete image of that person’s face. But that doesn’t mean that researchers aren’t trying. A team at Penn State has just published a paper pushing further towards extrapolating an entire human face from a DNA sample.

The researchers are beginning to explore the phenotypes expressed in the alleles of genes through DNA sequencing, currently focusing specifically on characteristics associated with a spectrum of racial and sexual categorizations. So far, the team has been able to examine parts of genes associated with determining face and head shape and link them to socially defined sexes or races, specifically focusing on men and women with a mix of West African and European ancestry from the U.S., Brazil and Cape Verde. The researchers explain in their paper, “By jointly modeling sex, genomic ancestry and genotype, the independent effects of particular alleles on facial features can be uncovered… By simultaneously modeling facial shape variation as a function of sex and genomic ancestry along with genetic markers in craniofacial candidate genes, the effects of sex and ancestry can be removed from the model thereby providing the ability to extract the effects of individual genes.” 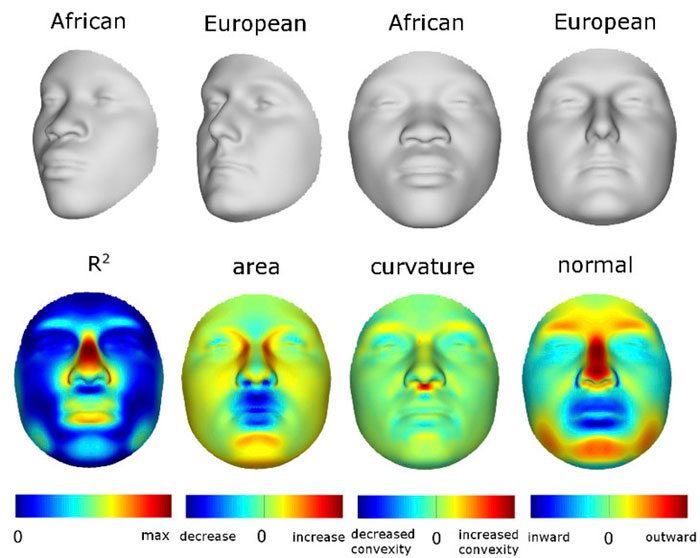 In other words, the team is able to create 3D models representing different facial characteristics that closely align with genetic markers. They used statistical methods that connected the face shape with the effects of sex, genomic ancestry and the genes themselves, to determine how the 3D models would be formed. Such genes were determined based on the knowledge that certain genes cause variations in the lips, while others cause changes in the shape of the bones around the eyes and another influences the shape of the mid-face and skull. After creating the models, they validated their social characterizations – male or female; Black African or African-American; White, European or European-American; or Mixed – by showing the faces to a group of participants, who classified the faces according to the social categories anticipated by the Penn State researchers. 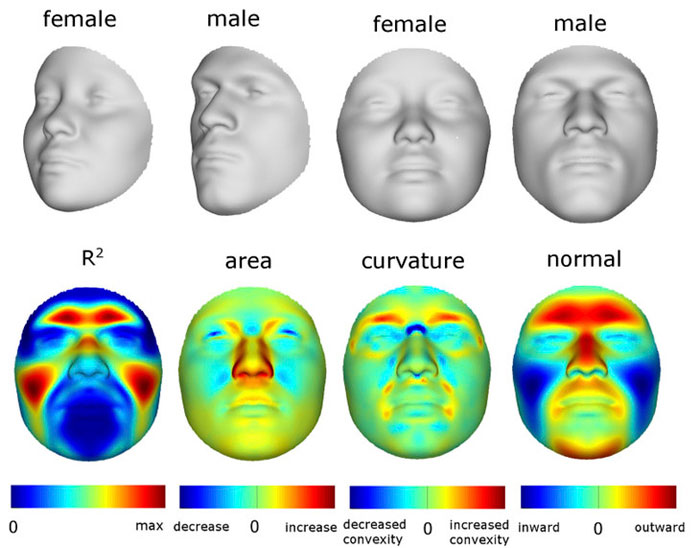 Mark D. Shriver, professor of anthropology at the university, explained the reasons for choosing the populations the study chose to represent, “Probably only 5 percent of genes show a difference between populations. We are using different populations because they have had different environments and different social environments.”  Such genes have been affected over the course of human history thanks to natural and sexual selection. For instance, climate, elevation and other factors of the natural environment have caused some populations to develop some facial characteristics, while sexual selection has caused certain sexual traits to survive over time. Peter Claes, first author on the team’s paper and a postdoctoral research expert in morphometrics at the Research Center at KU Leuven in Belgium, explains “The environment and social environment are major driving factors in changing a whole set of genes that make up how a person looks.”

By linking genes found in DNA to the physical characteristics expressed by those genes and then modeling them in 3D, the researchers may be able to, one day, accurately depict, the bearer of a DNA sample.  Shriver says, “We use DNA to match to an individual or identify an individual, but you can get so much more from DNA. Currently we can’t go from DNA to a face or from a face to DNA, but it should be possible.”  Though it is currently possible to 3D print portions of an individual’s body through CT data, this research would open up a whole new set of possibilities. Fans of night time soap operas will naturally envision a CSI episode in which the detectives create a 3D printed mugshot from DNA evidence. Museum visitors will think that the idea of 3D printing a model based on the DNA of australopithecus and placing it in the Smithsonian doesn’t seem too far fetched. And, once we perfect 3D bioprinting, Jurassic Park, here we come!