3D Pioneer Systems (OTC:DPSM) is a new 3D printer manufacturer that plans to run full speed right out of the gate. They’re already trading on the Pink Sheets, have a 3D printer in the works, are developing a remote control that will work for most desktop FDM/FFF machines, have cloud-based 3D printing software, and want to launch some mobile games. A lot of lofty goals for a brand new 3D printer company! 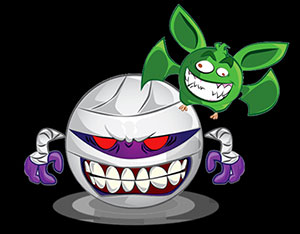 So, first, before we get into the details of the company more directly related to 3D printing, why the video games? 3D Pioneer Systems wants to bridge the world of the virtual and that of the real by creating games that link directly to 3D printing, encouraging users to 3D print characters from their mobile games, etc. This is a natural trend for video game designers, as we’ve started to see, so it looks like 3D Pioneer Systems wants to be a complete package. They’ve already added a video game designer to their board and acquired his mobile game, Tangled Tut. Why 3D print your cute cartoon mummy on anything but a 3D Pioneer Systems 3D printer?

In addition to the mobile games, then, 3DPS has partnered with Magic Firm, manufacturers of the MBot 3D printer, to produce what they call the Wyatt 3D printer. The Wyatt is planned to be a WIFI-enabled machine with an LCD screen and a built-in webcam so that you can control your printer and monitor your prints from the web, using 3D Pioneer’s Appaloza HTML5 cloud app.  The company is also planning to supply the Wyatt with a heated printbed, but is still deciding between one or two extruders. You can watch a video of the machine in CAD form below:

Interestingly, 3DPS is also developing a remote control for 3D printers, called the Whip.  Imagine taking a piece off the Wyatt, specifically the panel that includes the LCD screen and the webcam, and connecting it to your RepRap. With this, it’s supposed, you’ll be able to monitor and operate your 3D printer remotely via the same Appaloza cloud app that runs the Wyatt.  This is a nice device for anyone who doesn’t want to try to assemble their own WIFI remote with a Raspberry Pi and Octoprint.

Finally, 3DPS is releasing “Pioneer Pomade”, material used to ensure that your prints stick to the printbed. The pomade may be made up of an ABS or PLA solution, as that’s been said to help prints stick to the bed. 3DPS suggests that its pomade will work better than painter’s tape or kapton tape for keeping prints on the bed. Together with the Whip remote, the Wyatt 3D printer, and a cloud based app, 3D Pioneer Systems is coming to the table with what looks to be (plans for) the full package, in terms of desktop FFF 3D printing.

3D Pioneer Systems clearly has a knack for design, with a pretty and sleek looking printer and logo. What I’m about to say is almost entirely irrelevant, and definitely doesn’t speak to the capabilities of the Wyatt 3D printer, but, often times, when I’m writing about a company, I’m frustrated by a lack of cohesiveness in their brand. The company’s name is 3D Pioneer Systems. Why is their logo a horse? Why is the printer called the Wyatt? Is this a reference to Wyatt Earp? Is the horse meant to represent early pioneers? Wyatt Earp was a sheriff, not really a pioneer.  Normally, I wouldn’t say anything about this in an article, but, given 3D Pioneer Systems’ obvious talent in design, I thought that the branding symbols would follow suit….. Oh well!