3D printed wearables are shifting from the plastic pieces of questionable comfort worn by runway models to the soft sorts of materials that everyday consumers might actually have an interest in. This year, we’ve already seen a 3D knitting machine and a company working on a 3D printing loom.  And, while it hasn’t yet been used for clothing, researchers at Carnegie Mellon have developed a 3D felt printing machine. Along with the work of Dutch designer Borre Akkersdijk, 3D printed clothing may actually become an actuality this year. And where there is 3D printed clothing there is wearable technology. 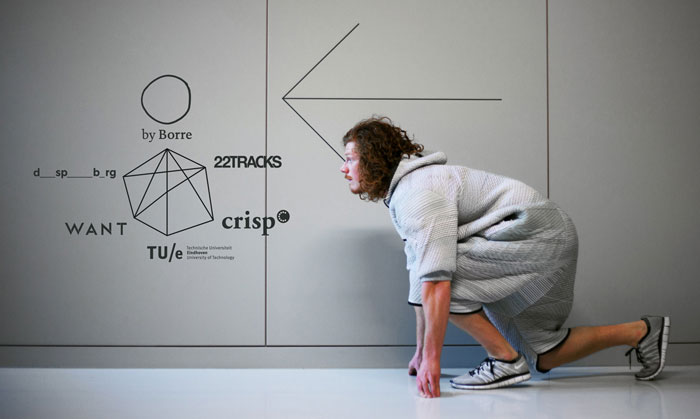 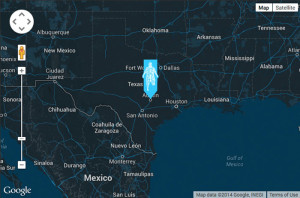 The BB.Suit made its first major public debut at SXSW this year. The suit, containing Wifi, GPS, NFC, and Bluetooth components, turned its wearer into a mobile wi-fi hotspot so that, as the BB.Suit model walked around the event, users were encouraged to upload songs to a playlist on a purpose-built website. Akkersdijk discusses how they might overcome issues with hiding the electronics in his garments, “If we really want to create a wearable platform we would need to overcome a lot of problems where tech and textile and clothing meet. A really important part, maybe the most important part, are the graphics that gives the 3D knitting shape. Within the graphics we leave the pockets where we have space within the fabric to store the chips needed for the GPS, WIFI and future options.” 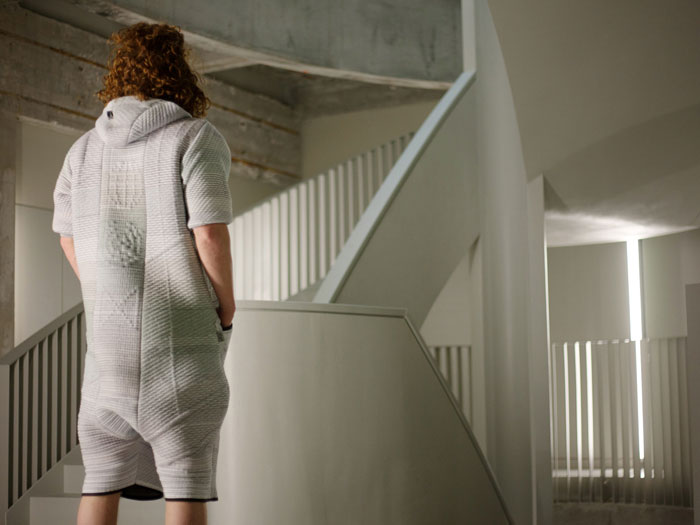 The video below, as fantastical as it is, is actually not unlike the process that Akkersdijk uses to produce his clothing:

The following video, even if it does lack cute robotic hands, shows you how the designer actually goes about making the garments:

The designer’s technique can only roughly be described as 3D sewing or knitting because, after the materials are stitched together automatically, they require the use of a sewing machine to manually sew together different pieces.  The automatic process is capable of producing large tubular sheaths of multifaceted fabric, stitching two layers of fine cotton thread over a synthetic fiber that inflates when steamed, but not as fully formed pieces of clothing.  Akkersdijk has to cut out each component, a sleeve here and a sleeve there, to assemble into the final garment. 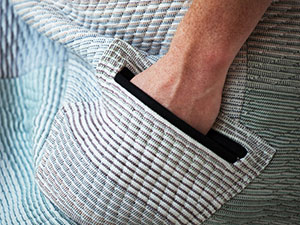 Though he has displayed his fashion at Paris Fashion Week, the designer is not solely interested in clothing. He has also used his automated knitting process to produce a proof of concept pillow lined with copper conductive threads to join pressure sensors, vibrating motors, and a battery back into a device that could possibly be used for some medical issues down the line. The designer continues, still, on hammering out the details of wearable technology.

I thought that the BB.Suit was sort of hideous, at first glance. Until I saw Akkersdijk walking around in it himself.  As fashion is continually redesigned and aligned with our electronic lifestyles, the suit could become the epitome of cool.  And a possibly comfortable one, at that.  As the designer and his team at ByBorre are pursuing wearable technology and the 3D knitting process, Akkersdijk says of his designs, “In the future it could be as normal as your cell phone and we will talk about the iPhone like we do about the fax machine.”