Animals are no strangers to the medical advancements of 3D printing.  More and more creatures, from wild eagles to pet dogs, are receiving custom 3D printed medical devices, while similar stories occur with humans around the world.  And, as these stories continue to sprout up, they spread the knowledge of just what’s possible with 3D printing. Most recently, when a Greek tortoise belonging to a Colorado couple faced a life-threatening injury, the couple knew just where to turn.  Inspired by the RoboTurtle story that 3D Printing Industry broke back in May, Amanda and Cody sought out the help of local 3D printing chain The 3D Printer Store. 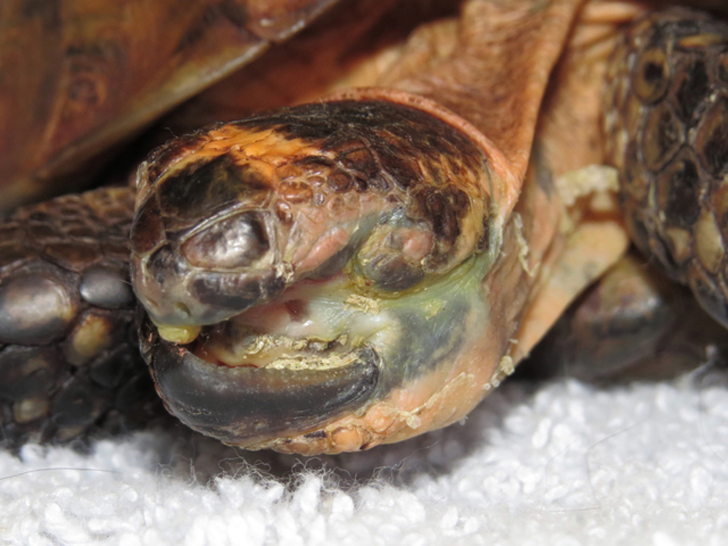 Ten-year-old Boris the Tortoise, weighing just three pounds, narrowly survived an attack from a 90-pound tortoise, but, in the process, was blinded and lost his beak and a large portion of his jaw.  Boris’s owner, Amanda Hipps, tells the local news, “I thought that was it; I thought we’d be euthanizing him that day.” Though he was able to heal, the loss of his beak and part of his jaw has made it impossible to chew.  After encountering the story of RoboTurtle, however, the idea of contacting the local 3D printing shop to seek out a solution occurred to Amanda and her husband. Amanda tells me, “The only reason we thought to contact The 3D Printing Store in Denver for Boris was because the sea turtle in Turkey that had the 3D printed titanium jaw was in the news around the same time.” 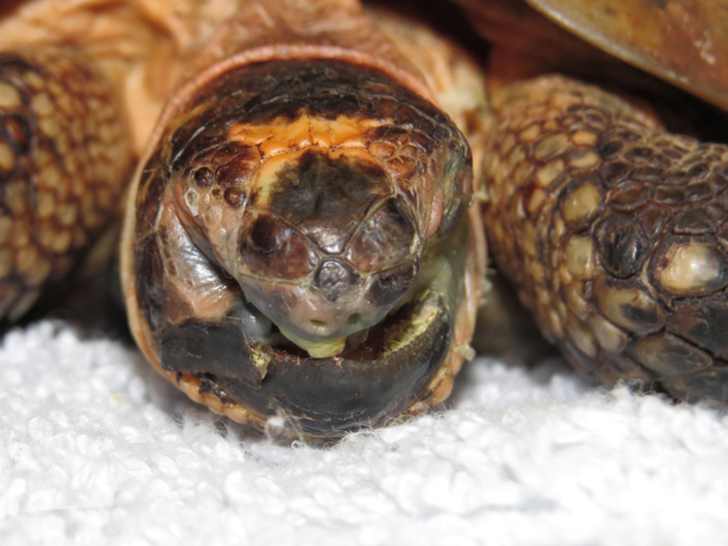 While Akut-3, aka “RoboTurtle”, was a wild sea turtle whose beak was replaced with a titanium 3D print from a high-end machine, Amanda and Cody’s pet tortoise Boris received a facial prosthetic that was made, in part, with the low-cost B9 Creator 3D printer.  Justin Finesilver, Director of Operations & Marketing for The 3D Printing Store, chose the machine for its ability to create fine-resolution prints. Working with Broomfield Veterinary Hospital, the shop was able to 3D print a new beak and upper jaw piece for Boris through trail and error.  Then, the print was cast in silver by Art of Gold Custom Jewelers and, after a fitting this weekend, the prosthetic is just about ready to be surgically attached and enable Boris to eat solid food once again. Hipps tells ABC news, “We finally got a fit, the perfect fit, and it fits him like a glove.” 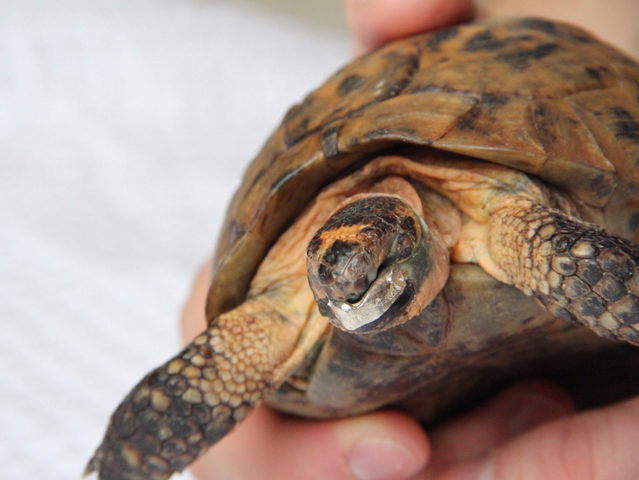 Justin tells me Amanda, is now a huge believer in the technology. Impacted so strongly by the power of 3D printing, Amanda has paid extra for the services required to restore Boris’s chewing ability in order to start a fund for other animals in need of prosthetics.  Justin says, “She believed so strongly in the cause of 3D printing and its possibilities with animals that she felt it was the right thing to do!”

Amanda describes her motivation by saying, “My husband, Cody, and I have had so much support from our family, friends, and community to try to help Boris in his quest for a new jaw. Everyone involved with helping us rebuild Boris’s jaw has unexpectedly donated their time, materials, and expertise and we could not be more grateful for the generosity that has surrounded us.”

In turn, she wanted to give back, saying, “Cody and I really wanted to pay it forward and we felt that starting a fund for animals in need of 3D printing would be the best way… Otherwise, 3D printing as an option for Boris would have never crossed our minds. We hope our story can at least reach one person who may be able to help their pet using 3D printing technology.” And, because The 3D Printing Store is currently expanding – including four shops in Colorado, one in Utah, one in Iowa, and one in Texas – even more people will be introduced the ways that 3D printing might improve theirs lives or the lives of their pets.

Though unfortunate circumstances may befall our beloved animal friends, I’m thankful that these stories are spreading awareness and driving solutions that may not have been discovered any other way.  We’d prefer not to see them undergo any suffering, but if they have to, Boris’s story demonstrates that the spread of information powered by the Internet, combined with 3D printing, can bring about a new generation of RoboTurtles, as well as RoboDucks, Dogs, and any other creature under the sun.

For the ABC news story of Boris the Tortoise, watch below: