This one is bound to make some noise. Some time ago several websites had reported on Kanèsis, a young startup from Sicily that set out to make filament with a hemp-based bioplastic. Now, just a short while later, we are here to report on yet another success story coming out of Sicily: Kanèsis has finalized its filament and is exhibiting it at the World Expo taking place in Milan. 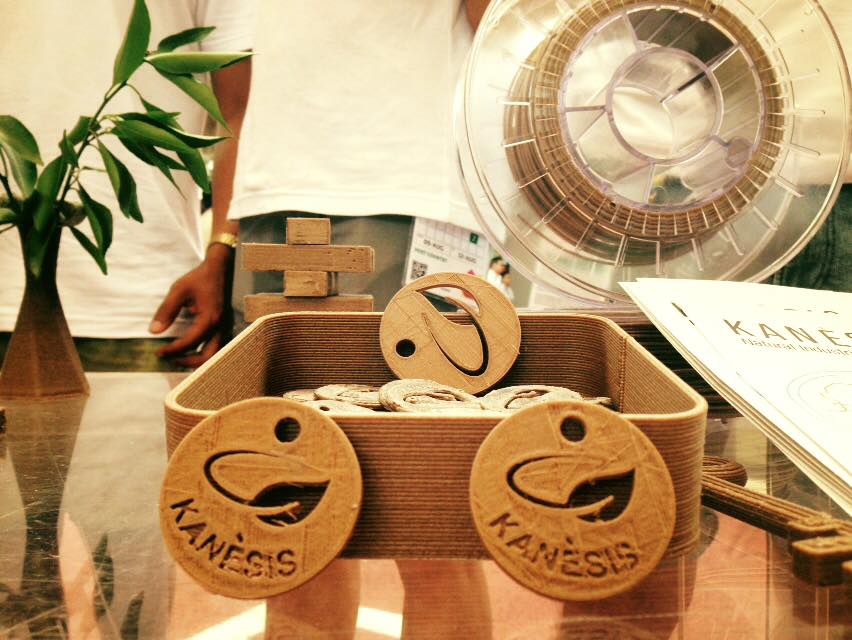 While in Sicily, I got a chance to meet with the Kanèsis team (Giovanni Milazzo, Luca Millauro, Antonio Caruso, Santiago Consoli and Erika Ruiz). They are young engineers and material science graduates who have succeeded where many more have failed. Hemp, which is a similar plant to that which gets you high, but has very low THC content, is about as close as it gets to a wonder material.

It is extremely sustainable. Hemp is a weed. It grows just about anywhere, in any condition and consumes minimal resources. It can be used to make thousands of products, from clothing and fibers to the strongest ropes that exist, to bioplastics, paper, natural cosmetics, and more. 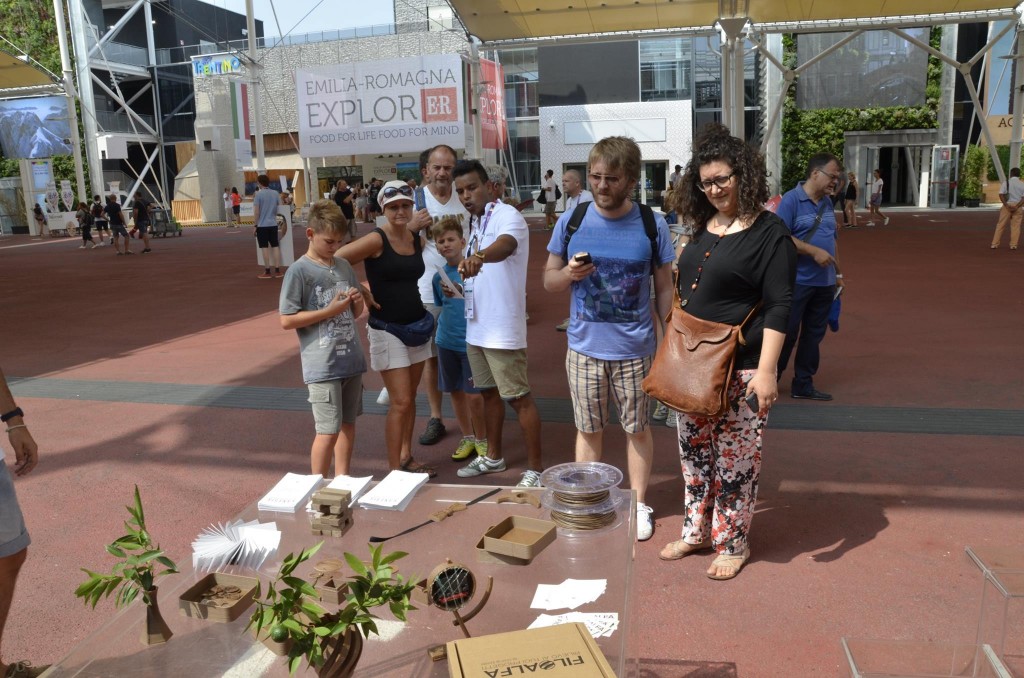 The plant has been demonized throughout the past century because of its relation to high-THC hemp; however, growing it has remained legal in several countries, including Italy, although with several limitations. Now that an anti-prohibitionist push is hailing from Colorado and many of the United States, people the world over are starting to rediscover hemp’s potential. Until now, while its use had been steadily growing, it has not yet been implemented in a 3D printing filament.

That’s because there were complications which, as the guys from Kanèsis explained to me, they were able to solve in a patented combination of hemp and other bioplastics that they have created. To prove their point at the Expo exhibit, they asked the local 3D Store Catania to 3D print several objects using the new material, which has been extruded by Italian filament manufacturer FiloAlpha, in both 1.75 and 3 mm spools. 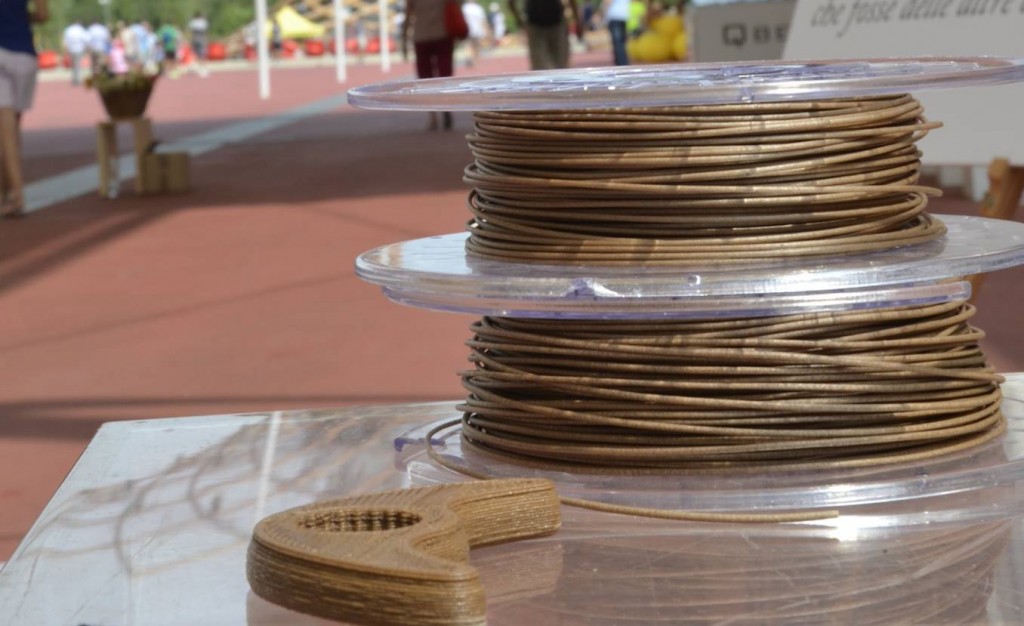 The filament presents itself as a dark green, wood-like, rigid coil. The final result looks a lot like that obtained using wood-based filaments. “Just like wood-based filaments it presents several advantages in the fishing part,” Simone Smedile, founder of the 3D Store Catania, and one of the top experts on extrusion-based 3D printing that I know, explained. “It looks, feels and prints a lot like wood, but it might be possible to offer it at an even lower price than wood filament, since it comes from a readily available plant.”

Simone was able to 3D print several interesting products by using a special, slightly larger extruder. This leaves clear layer marks, but it also confers the objects an even more “natural” look and feel, almost as if they were made of a “wooden clay”. On display at the Kanèsis Expo stand were boxes and vases, gadgets and tools, and even an entire set of chess pieces, where the Hemp-made natural pieces squared off against the black petroleum-based ABS pieces in a metaphorical game for the future of the Earth. 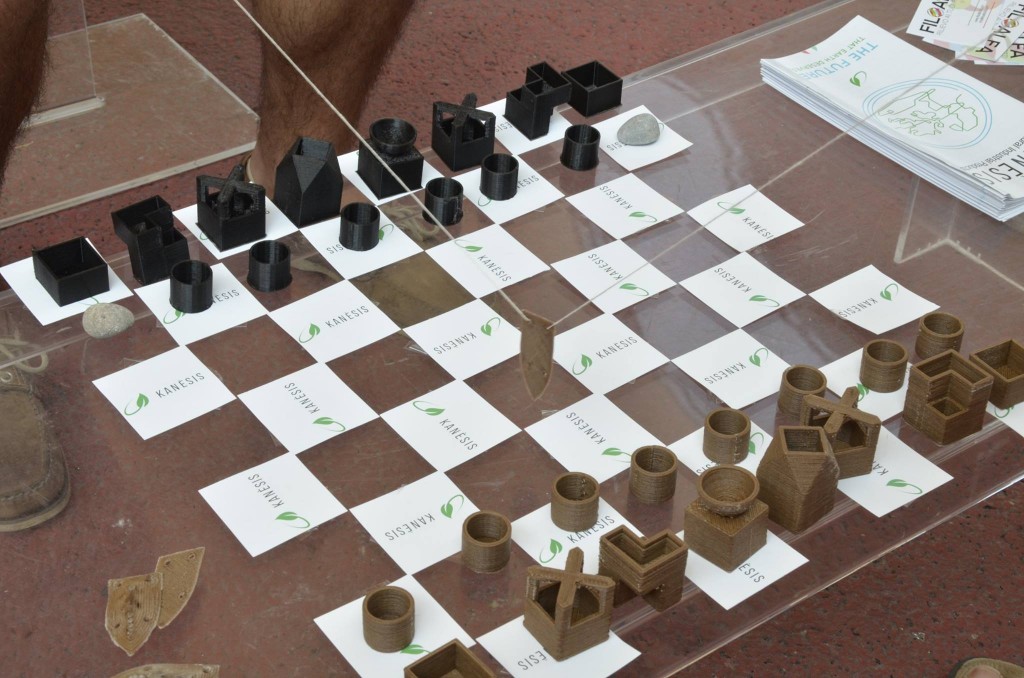 This is just the beginning… It is easy to imagine the Kanèsis filament being used to make 3D printed 3Dponics grow systems (where the law allows it). The stated mission of Kanèsis is that of “integrating the natural agricultural cycle into industrial processes by developing new materials that may bring well being to the community.”

I remember a comedy stunt by a very unpolitical correct comedian that became really famous when I was living in the US during the 90’s, Dennis Leary. In one of his stand-up routines, he pointed out the idiosyncrasy between everybody saying pot made you lazy and the inventiveness that pot growers, as well as pot smokers, showed by creating amazingly complex hydroponic grow systems, bongs, pipes, joints, blunts and so on.

It seems that in Sicily, a region gifted with a wealth of natural resources, yet plagued by centuries of political inefficiency, this also applies to hemp. In fact, the whole of Italy, struggling with mounting public debt, is now seriously considering legalizing medical and even recreational marijuana. If that ever happened, a new type of Kanèsis filament could be used to relaunch industrial production and maybe materialize yet another borderline sci-fi concept from my youth in the US: Cheech & Chong’s Weed Wagon. 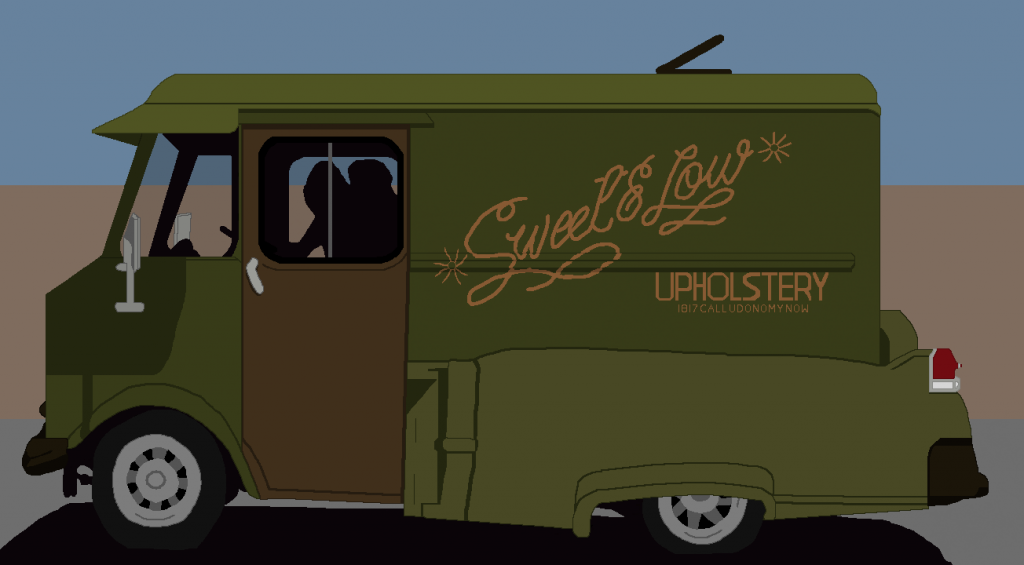