Industrial research firm Gartner has put out its latest report on 3D printing, in which it projects that the worldwide shipments of 3D printers will more than double every year from now until 2018.  In 2015, Gartner reports that shipments will hit 217,350 units, more than twice the 108,151 units shipped in 2014, and, by 2018, the company predicts the number of worldwide 3D printer shipments to hit 2.3 million.

Peter Basiliere, research vice president at Gartner, elaborated, “As we noted last year, the 3D printer market is at an inflection point. Unit shipment growth rates for 3D printers, which languished in the low single and double digits per year throughout the 30 years since the first 3D printers were invented, are poised to increase dramatically beginning in 2015. As radical as the forecast numbers may seem, bear in mind that even the 2.3 million shipments that we forecast will be sold in 2018 are a small fraction of the total potential market of consumers, businesses and government organizations worldwide.”

Gartner believes that, among the seven technologies that make up the market, FDM/FFF extrusion 3D printing is driving consumers to purchase 3D printers below $1,000 in cost.  These low prices, along with better 3D printer performance and the increased presence of the technology the world over will, according to the firm, see consumer FFF technology drive the growth of the 3D printing market through 2018.  3D printing at the enterprise level will be driven by lower costs, better quality, and greater materials in prototyping and manufacturing.  Basiliere continues, “The high material extrusion shipment growth numbers are basically driving the 3D printer forecast. New providers are entering the market, sometimes directly, sometimes through crowdfunding campaigns, on what seems like a daily basis. These providers are leveraging the expiration of early extrusion technology patents to make low-cost, low-priced devices targeted mainly at consumers.”

Part of the reason for the increased consumption of FFF technology and its decreased cost is the huge number of small companies joining the marketplace with machines priced lower than $500.  This ensures that the market maintains a lower price point for FFF 3D printers, even if these small businesses may not be able to afford their production and service costs.  In their research, Gartner found that FFF technology made up for the huge chunk of machines priced in the $1-to-$1,000 and $1,001-to-$2,500 price brackets.  Of all of the price brackets, machines priced below $1,000 represented 11.6% of the total in 2014, but machines priced from $1-to-$2,500 will represent 28.1% of the total by 2018.  The more practically these machines can be employed, the more organizations will use low-end and midrange printers for experimentation, flattening out the growth rate of these different price brackets.

On the other end of the spectrum, Gartner believes that other technologies, like directed-energy deposition and powder bed fusion, will be able to maintain high price points, as demand increases, by adding value to their machines without the need for cutting prices to compete.  There’s no mention, in the press release at least, about the effect that low-cost SLS, DLP, and SLA 3D printing will have on these historically high-priced technologies.

The firm suggests that average selling prices (ASPs) for 3D printers will depend upon the technology used by each, as well as the overall market climate. Basiliere explains, “Manufacturers will strive to add features and improve performance in the first few years rather than reduce the prices of printers. Therefore, the ASPs of a few technologies are expected to increase or to gradually decrease in the outer years after an increase in 2014 or 2015. Directed-energy deposition printers are the most highly priced, followed by powder bed fusion printers. The ASPs of material extrusion and vat photopolymerization printers are expected to decrease as more and more players enter the market with offerings in the lower price bands within these two technologies.” 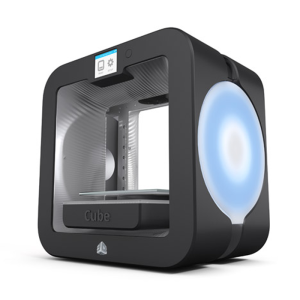 Gartner also sees an increase in plug-n-play 3D printing, driving the market from 2015 on.   Such features as automatic bed leveling, heated build chambers, and, even, locked in materials – like filament cartridges – will make 3D printers easier to use for consumers.  By 2016, the firm predicts that 10% of 3D printers priced below $1,000 will be of the plug-and-print variety.  Basilier claims, “This trend will accelerate as the market consisting primarily of early adopters who grew up with an open-source approach without lock-ins evolves into a market in which average consumers dominate. While the early adopters will rage at the perversion of the 3D printer open-source ethos, the vast majority of mainstream consumers will demand the simple and consistent operation that ‘plug and print’ can provide them.”

As one of the people who will rage at the perversion of the open-source ethos, I disagree.  Instead, I’m banking on a prediction made by Gartner in a previous report on more global technology trends: “A larger-scale version of an Occupy Wall Street-type movement will begin by the end of 2014, indicating that social unrest will start to foster political debate.” As part of this larger Occupy Wall Street-type movement, I see people urging the reform of Intellectual Property laws, which stagnate growth and, according to Dr. Joshua Pearce, in his article “The case for open source appropriate technology”, result in “widespread poverty and environmental desecration seen around the globe, which is directly responsible for a morally and ethically unacceptable level of human suffering and death.” Pearce continues:

For example, more than 10 million children under the age of five die each year from preventable causes (WHO 2007). This waste of human life could be prevented by known (to humanity as a whole) technologies, many of which are simply not available to those that need it. Availability is restricted by both the cost of access (such as pay-to-view articles on renewable electricity generation under copyright by the IEEE)2 and by companies wielding patent law to maximize profit at the cost of human lives (e.g. restricting the sale of antiretroviral drugs to treat HIV in Africa) (Shantharam 2005). A solution to this general problem of access to critical information for sustainable development is the growth of open source appropriate technology.

On the one hand, as more people become frustrated with the monopoly that companies hold over potentially revolutionary technology, they’ll demand that this knowledge, sometimes publicly-funded, but privately-owned, be made open and available.  On the other, corporations that are wise to this trend and wish to continual their survival, will being opening up their designs to the public, or at least feign an open source ideology.  GE and Autodesk are examples of two companies that are predict and keen to reap the benefits of an open source ethos.  The former is inviting the public to hack their next generation of appliances and the latter is making its own 3D printer and 3D printing software open source, to some extent.