UK startup Open Bionics has made headlines for adding some electricity to the 3D printed prosthetic movement with low-cost, 3D printed bionic hands for amputees.  Making waves at CES this year for their functioning prosthetics, the company went on to design a 3D printed fiber-optic design for actress Grace Mandeville, before catching further attention for winning the James Dyson Award for Innovative Engineering for their amazing devices.  Now, Open Bionics tells me that, next week, they will reveal their first ever designs for, possibly, the smallest 3D printed bionic hands ever made, promising designs that are “are out of this world.” 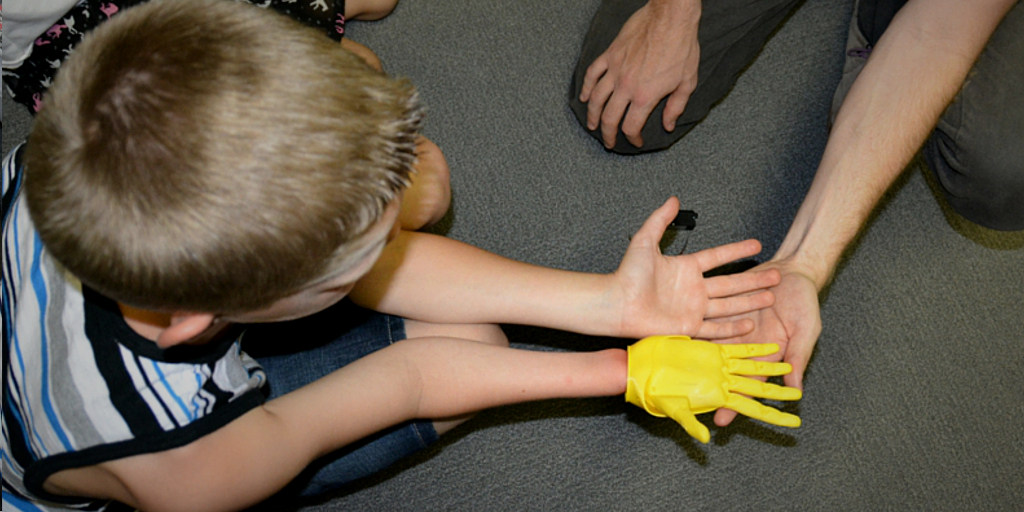 The UK firm takes the unique approach to prosthetic devices that, while they should be functional, they should also be stylish for the wearer.  Open Bionics ability to bring electronics and motors into the mix, to create robotic devices, makes their latest news even more exciting because this means that they’re able to shrink this hardware down to a size fit for kids.  The tiny bionic hands, to be unveiled next week, will be 3D printed on an Ultimaker 2 Extended 3D printer out of a combination of NinjaFlex and PLA.

Open Bionics is asking the 3D printing community to join them for their big launch by liking the startup’s Facebook page and joining their seven-day countdown to launch on October 7th. Open Bionics CEO Joel Gibbard says of the news, “We think our latest designs are going to appeal to everyone who loves robotics, 3D printing, technology, and science fiction. That’s all we can say for now. We want as many people interested in this technology as possible to get involved and join us on this mission.”

A little birdie tells me that the UK firm will also be launching a crowdfunding campaign to coincide with their big reveal.  As always, it’s hard to be sure, but, in this case, what’s unveiled on October 7th may actually be the world’s smallest bionic hand. Doesn’t get much more exciting than that! Make sure to “Like” their FB page, regardless, as their updates are always as interesting as they are uplifting.

Update 10/12/15: Open Bionics has shown off their tiniest 3D printed bionic arms yet and they are definitely a whole lot flashier than the hand posted above.  In fact, they’re worthy of the Flash himself, as at least one of the hands is super hero-themed. 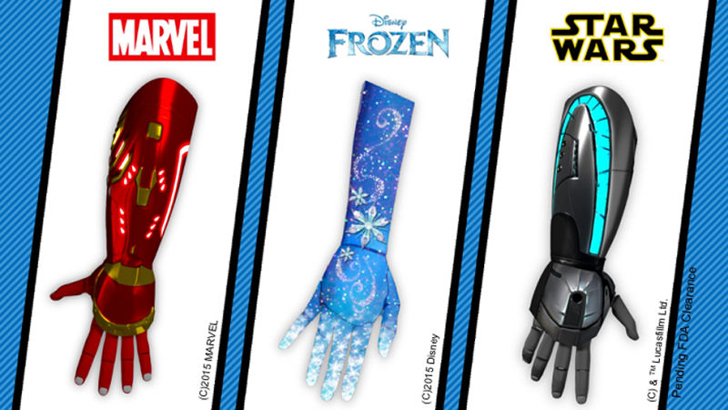 As you can tell from the photos, all of the 3D printed bionic arms are Disney-related, including prosthetics inspired by Frozen, Star Wars, and one hand that resembles a shrunken version of the 3D printed bionic presented by Robert Downey Jr. to a young fan earlier this year. The reason for the common theme is that, this summer, Open Bionics joined Techstars’ Disney Accelerator program, giving them, in addition to a three-month mentorship and investment funding, access to Disney’s IP. 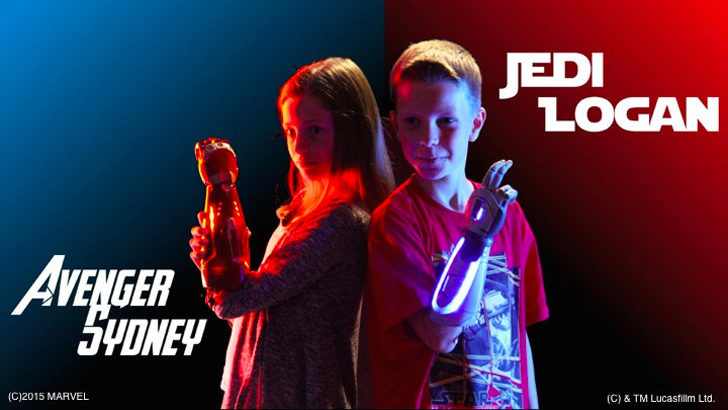 Kids can be bullied for something as innocuous as wearing the wrong shirt; imagine what life is like for a child missing a limb. So not only has Open Bionics designed what it’s claiming is the world’s smallest bionic hand, the company has also joined forces with Disney to create three versions featuring designs and glowing LED features inspired by Iron Man, Frozen, and Star Wars.  In the case of the Star Wars prosthetic, the team was able to work with Lucasfilm’s ILMxLAB, giving them the tools necessary to create the arm. 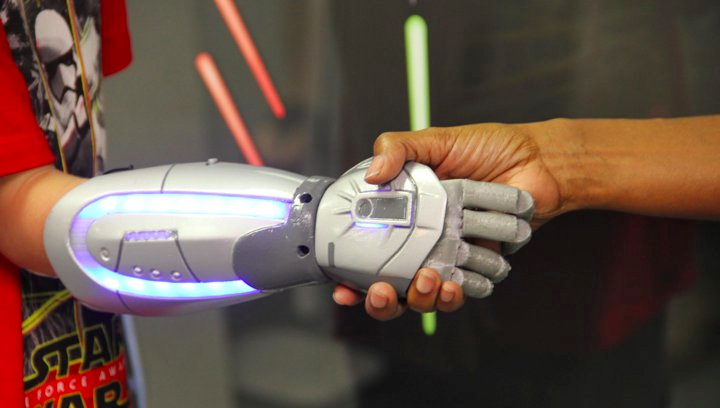 The LED lights and cool designs will certainly aid Open Bionics in its mission to provide low-cost prosthetics that wearers can be proud of, rather than ashamed of.  So much so that they might become the most popular kids in class!