I first met Sofoklis Giannakopoulos at 3D Printshow London, around this time last year, and it seems like an eternity has passed. There, he showed me the early stages of his research into sustainable materials (primarily soil) that could be extruded by a Kuka robotic arm to build housing structures. So much has happened since, and many new achievements have been accomplished in the fascinating field of house 3D printing, but they all come down to one fundamental aspect: the proper materials. 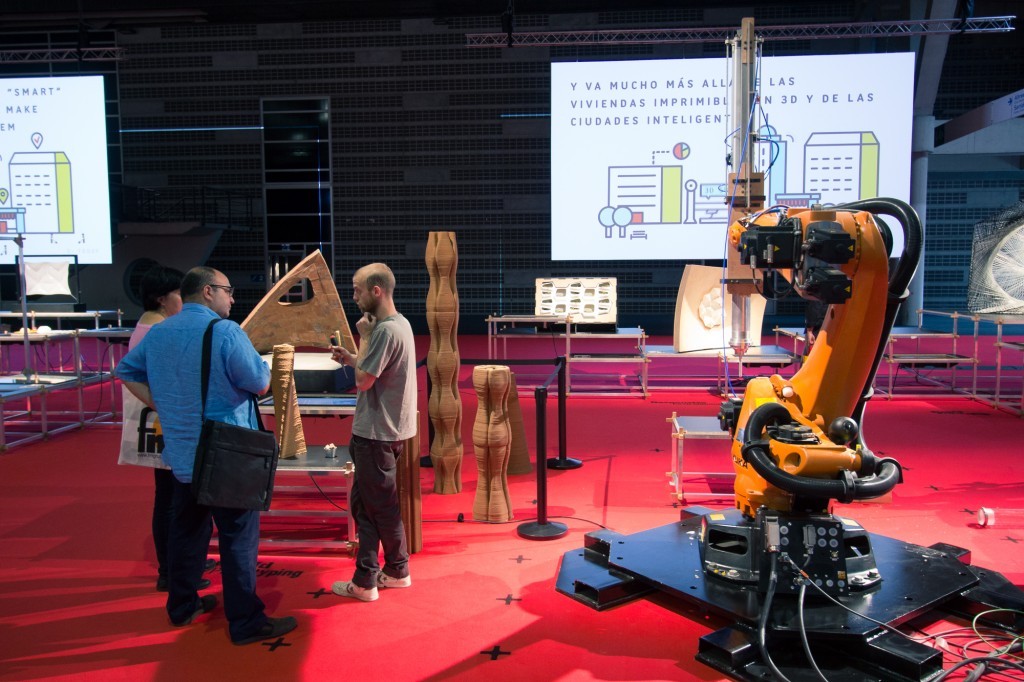 At the time Sofoklis, who has been leading the Pylos Project at Barcelona’s IAAC University (the same institution of which the FabLab Barcelona is an integral part), was in the early phase of his research, which began in collaboration with Enrico Dini of D-Shape, one the the first visionaries of the 3D printed house concept. What he showed me then was an incredibly hard block of soil, which, he explained, could be used for construction and had mechanical properties comparable to those of reinforced cement.

Now, the Pylos Project for large-scale 3D printing has come into its own, investigating the possibility of on site additive manufacturing and fabrication with local and 100% natural materials. The idea of using locally sourced materials for construction, incidentally, is the same proposed by WASP, the Italian company that recently presented its 12-meter-tall Big Delta 3D printer for construction. 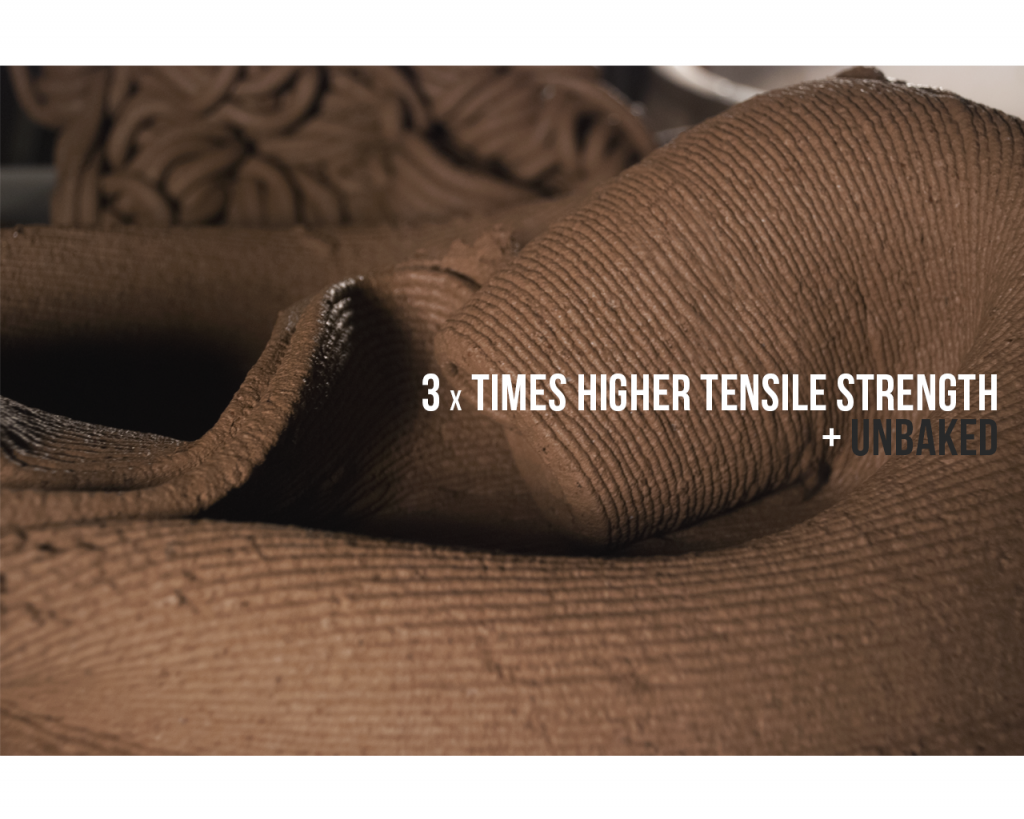 The main difference between the two projects is that WASP first focused on the sustainability of the technology and has now begun to investigate the ideal materials. Pylos, on the other hand, used a Kuka Robot solely to rely on its mechanical capabilities, while researching the ideal material’s composition and density.

Both projects, however, come to the same conclusion that “this material can not be other than soil.” As the Pylos team explains on the IAAC website: “The project focuses on the natural properties of soil … The advantages of an earth – soil structure are primarily related to both the environment and economy, being secure and friendly to our environment. Soil also offers the benefits of natural insulation, fire protection, air circulation, low first cost, 100% recyclable structures, stiffness, great strength, thermal flywheel effect, low greenhouse emissions, regulating the climate and providing a healthy Indoor environment.”

Now, the project has grown to the point that Sofoklis was able to build several large-sized structures as proofs of concept. They start at 930 mm and one is as tall as two meters. All are defined by the beautiful and curved geometry that the additive process can create more easily than sharp angles, hard, straight walls, and sharp, right corners. Seeing the robot in the video above extrude the soil and create the structures is almost mesmerising.

Sofoklis’ project could turn out to be of fundamental importance to many of the house 3D printer projects that have emerged over the past year, many of which aim to solve the growing environmental and affordable housing availability crisis that is ongoing and will continue to worsen at the current rates of human development. Pylos focuses on studying the behavior of the soil when mixed with other ingredients, towards a better understanding of the material, and potential composites. According to the Pylos team, the material results obtained through the development of the first phase of this research project are extremely promising and could lead to a new material (96% made of soil) that has 3 times higher tensile strength than industrial hard clay. 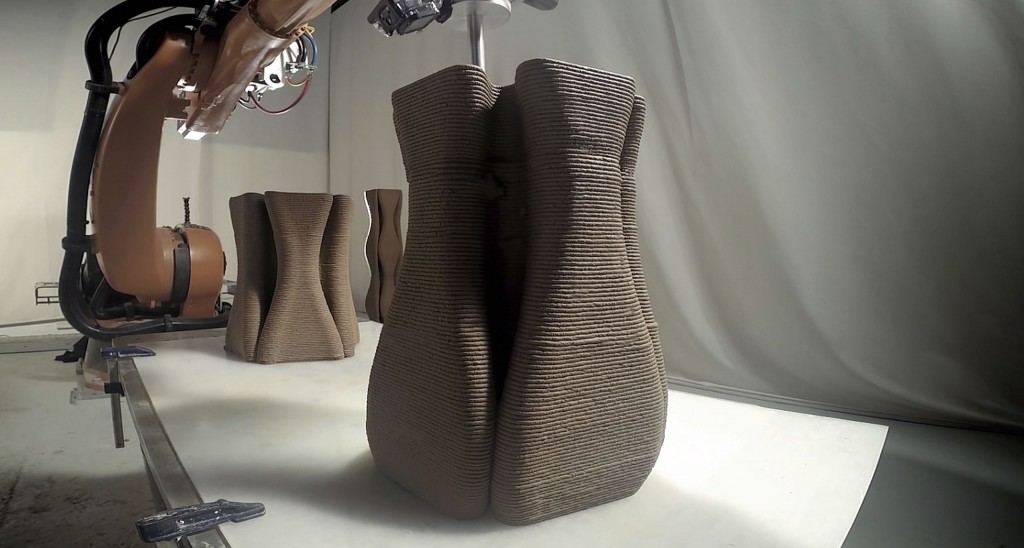 On the Pylos website there is a quote from noted Egyptian architect Hassan Fathy, who pioneered “appropriate technology” for building in Egypt, especially by working to re-establish the use of mud brick (or adobe) as opposed to western building designs and lay-out:

Ironically, most public housing in the world today is done without the cooperation of either the architect or the society. It is a bureaucratic decision built by contractors, wherever is horizontal or vertical, it almost immediately becomes a slum. It is perhaps the final irony of our age. It costs more to produce this form of ugliness and that we will be driven toward better, more beautiful housing simply because we cannot afford any other kind.

I find this same exact argument could fit into several different applications of 3D printing, starting from (or returning to) the Earth. 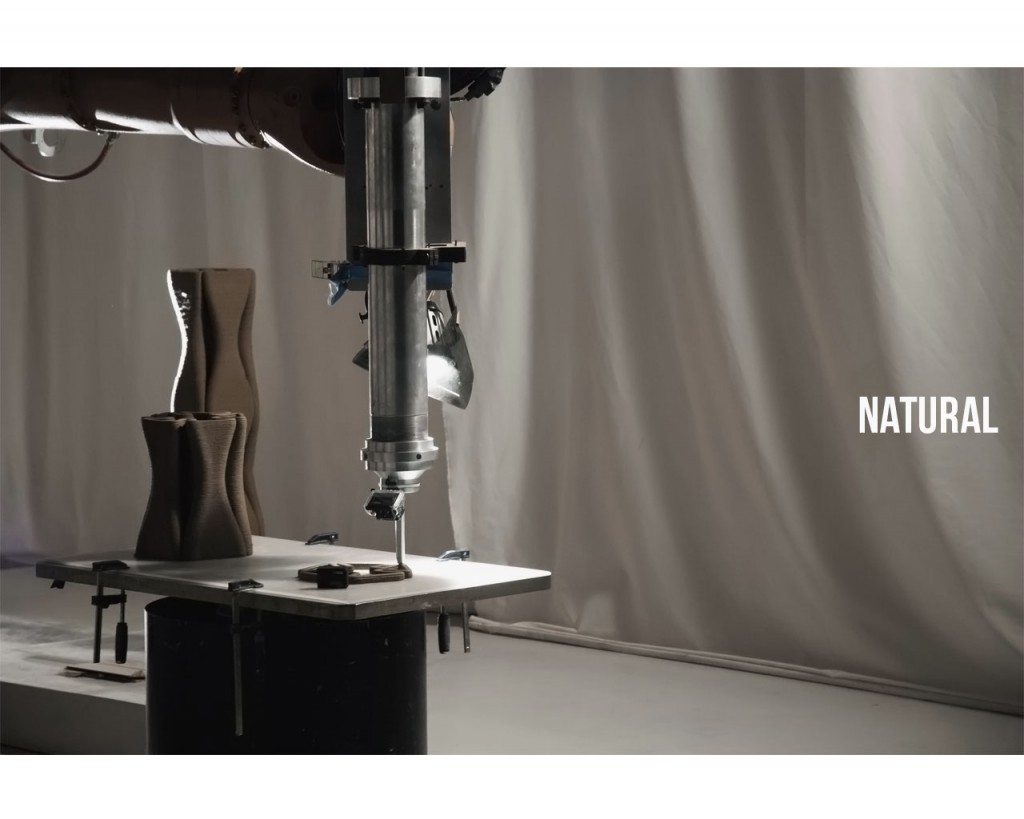