Which Flexible 3D Printing Filament Should You Choose?

3D Matter has, once again, taken 3D matters into its own hands and studied the various 3D printing materials on the market.  Previously examining PLA, “performance” filaments, and infill, the research group seeks to help customers separate the cream from the crop.  Given the very different behaviors of the variety of flexible filaments on the market, with its latest study, 3D Matter has decided to provide come clarity into which material is right for a given application. On top of that, the firm also explored how changes in printing parameters affected the output. 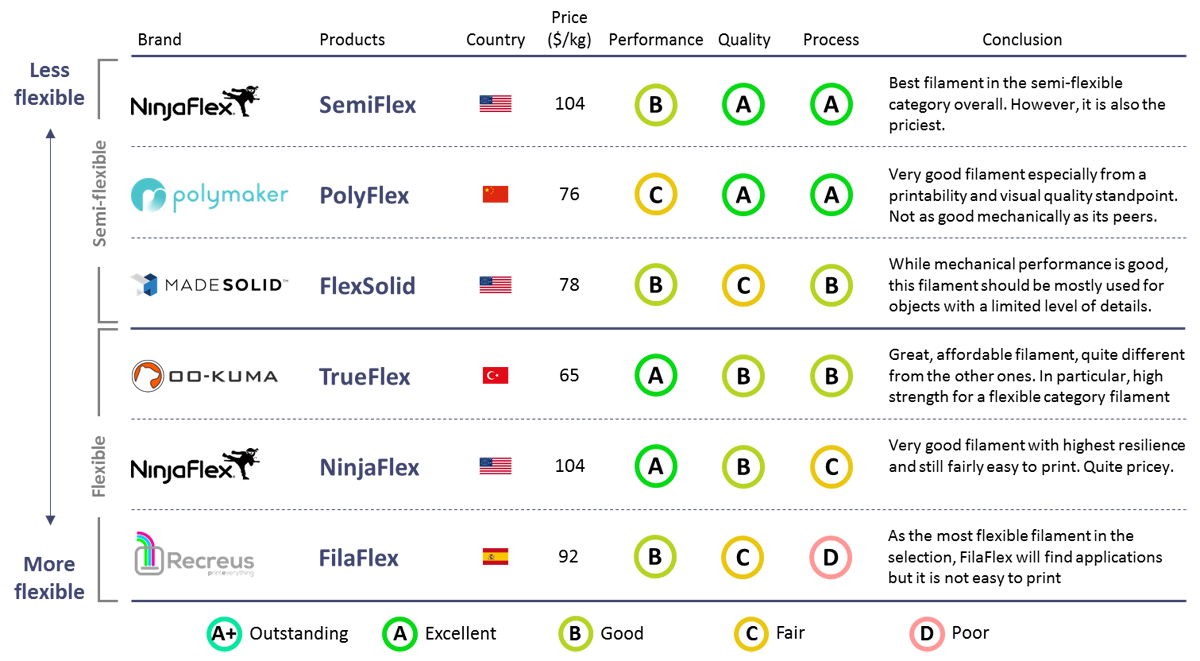 To begin its examination into flexible filaments, 3D Matter studied six flexible filaments relying on criteria provided by users, including the degree of flexibility, as well as overall quality, performance, and ease-of-use. The team tested filaments from NinjaFlex, Recreus, Oo-Kuma, Polymaker and MadeSolid on a Colido v2.0 and Makergear M2 3D printers at speeds of 20mm/s and layer heights of .2 mm, before putting their prints through such tests as those related to shore hardness, tensile strength and elongation at break, and elasticity.  Other, less quantifiable features taken into account were characteristics like surface finish, consistency across prints, geometrical accuracy, and how well the filament could be fed into a printer without issue. The results, recorded in greater detail at the 3D Matter site, are pretty interesting. 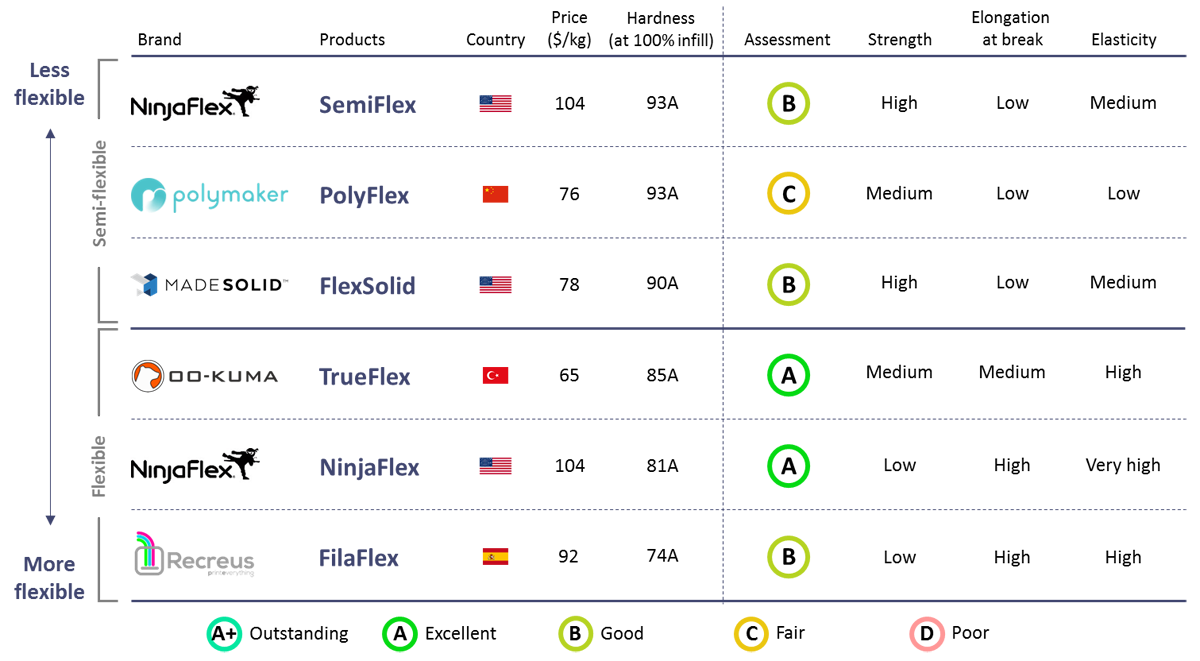 3D Matter begins by stating that the ability to even manufacture flexible filament places “a natural filter on manufacturers who are able to do it.”  In general, flexible filaments, broken down into semi-flexible and flexible categories, tended to have lower quality and process grades, as flexibility is given a priority over aesthetic quality and printability.  NinjaFlex and SemiFlex, though considered more expensive, were deemed “great filaments”, in terms of mechanical performance and visual quality, while Polymaker’s PolyFlex was a “very good” semi-flexible filament that was easy to print and nice looking, but did not have the best mechanical performance of the group. MadeSolid’s FlexSolid had good performance, but did not look as good as PolyFlex or SemiFlex.  The cheapest material, Oo-kuma’s TrueFlex, was considered the “only one in the flexible category to have good strength.” Finally, FilaFlex, which is known for its remarkable flexibility, was difficult to print with and lacked in terms of visual quality.  Therefore, 3D Matter writes, “it should be reserved for applications where higher flexibility is crucial and NinjaFlex or TrueFlex are not flexible enough.” 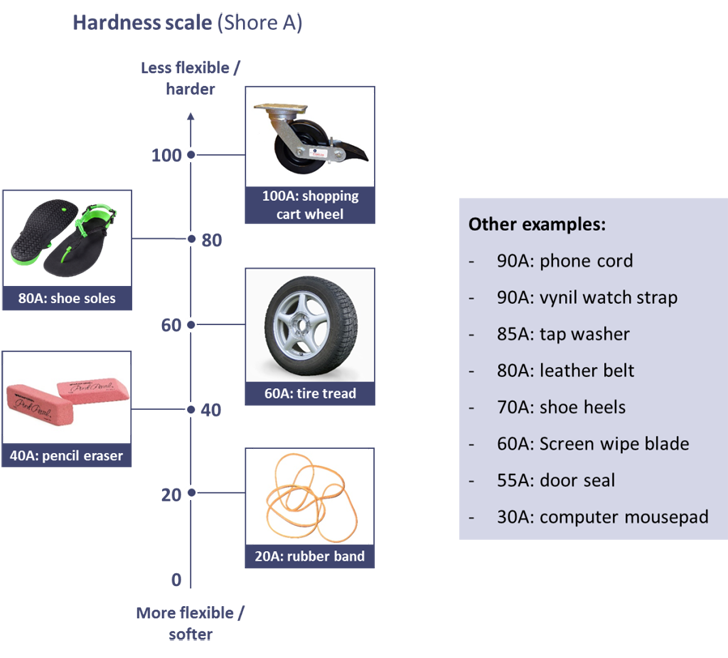 For anyone who has used flexible filaments, or anyone who has tried but not succeeded, the report is an amazing resource.  You no longer have to blame yourself for getting filament tangled up in your printer or the fact that your prints might not look as great as those printed in HIPS.  This study can tell you a lot about which material to choose for your next flexible project.