One of the more remarkable aspects of this new 3D printed robot, for me at least, is the nonchalance with which the instructional video is narrated. It is as if 3D printed robots are a new norm that we can play with and manipulate by pure whimsy. There is some truth to the statement that the ability to make robots has become simpler with the advent of 3D printing. However, the revelation does not dull the realization that fully functional robots are now available with a few simple supplies from Radioshack and a 3D printer.

The walker bot from randofo on instructables is available for mimicry. The instructions and logistics are available on the site as well as detailed photos capturing the various parts needed to construct a personal walker bot. One little touch that signifies a personal quirk but also harkens to “ancient” technology is the inclusion of pencils as legs. As a quick aside comment, the video mentions the benefits associated with the pencil legs such as grips by the eraser and the ability to draw with a sharpened edge. The creator claims to have constructed the entire working bot in less than 48 hours. A few days, and you can have your own robot. 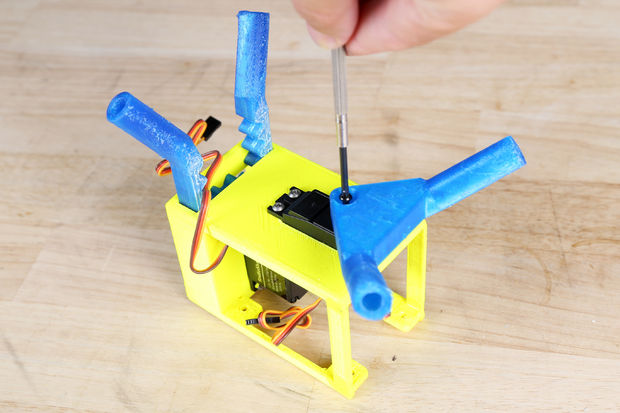 The printing and assembly of the robot is laid out by the site and offers a step by step process complete with hints and tips for those new to the process. There is an implied sense of simplicity to the project, yet for those who grew up before the proliferation of 3D printing (this writer included), there is no such object as a simple robot. There are a variety of parts that must function together so that the whole operates smoothly. With this design, simply put, it is fully functional and ready to print. 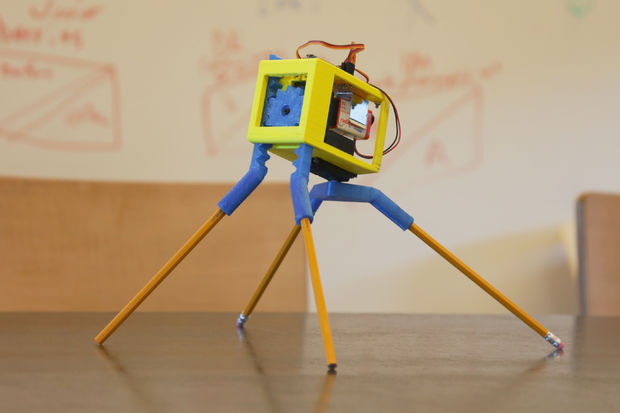