Investment casting, or lost-wax casting, is a 5000 year old process that has largely remained unchanged since it was first used by the ancient Chinese. The emergence of 3D printing technologies through the 1990’s made an impact on the process, but now 3D printing  — renowned for its detail and precision — is proving more viable for investment casting applications than ever before, according to German 3D printing vendor voxeljet. 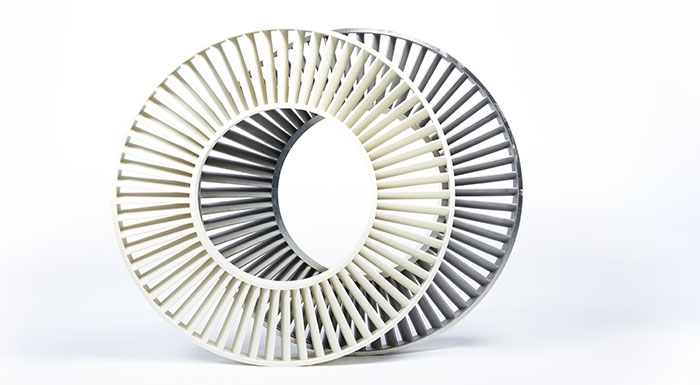 Say that you want to build a high tech fan for a custom engine, of the many traditional manufacturing techniques available to you, investment casting will give you some of the highest level of detail. The process is called investment casting because the cast being created will only be used once and will be destroyed by the end of the process. This allows you to make your high tech fan out of larger pieces in very complex shapes and patterns due to not needing to remove permanent or reusable moulds that would usually require the part to be cast in more pieces and then assembled after the fact. While the Chinese originally used beeswax, modern manufacturing has moved on to high tech synthetic waxes and other more reliable materials. 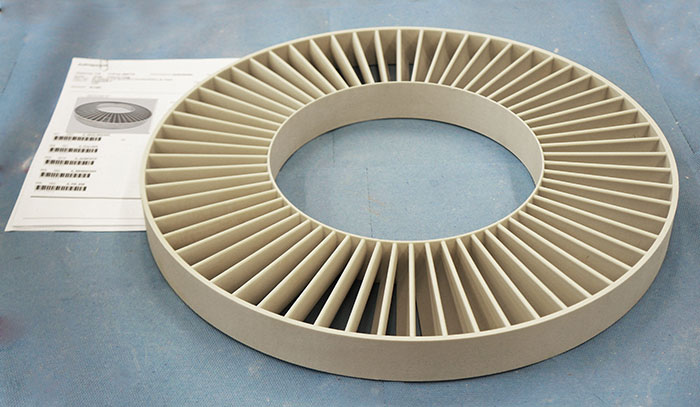 The original process itself is rather simple. A pattern is created from wax, plastic, wood or clay, typically sculpted and then a mould is built around it. Once a mold of the pattern is made, the investment cast will be created from that mold, traditionally with wax. The wax cast is then removed and coated in ceramic multiple times until the thickness is strong enough to contain whatever final material will be poured into it. This cast is then baked, allowing the wax cast to melt or burn away, leaving an empty mould ready to be filled. Once the final cast piece is removed, it is cleaned up and any defects corrected. This multi-step process will create highly detailed and complicated cast parts, however it is expensive and time consuming, making it impractical for large volume part manufacturing. 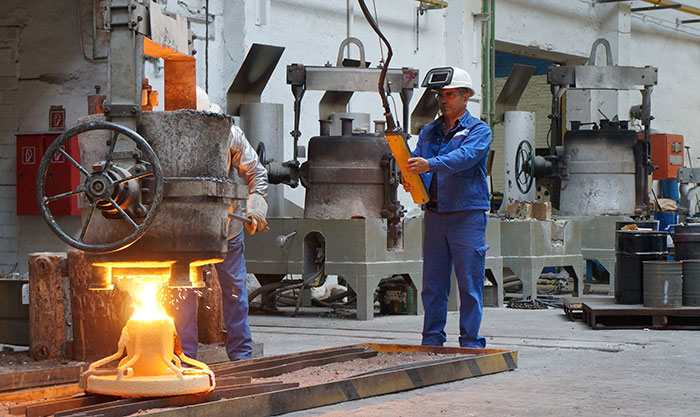 voxeljet continues to streamline that process by removing some of the more time consuming steps and replacing them with 3D printing. This is evidenced by one of the latest case studies from the company focusing on this very application. Thomas Peipp is Investment Casting Manager at Schmolz+Bickenbach Guss GmbH, a market leader in the area of special steel casting in Europe. Schmolz+Bickenbach Guss offers special cast steel solutions with unit weights ranging from 30 grams to 20 tonnes. Thomas expains some of the problems with traditional investment casting thus: “the problem is the immediate production of the required wax patterns that result in expensive injection moulding tools and wax presses. These tool costs can become prohibitively expensive and time consuming when used with small series or development, as they ultimately result in very high unit prices.”

This is where voxeljet’s 3D print technology can help, by producing perfect investable patterns quickly, precisely and cost-effectively. 3D printed PMMA models can completely replace wax models,  the most important part: the production of the plastic models using 3D printing is very simple, accurate and fast. No tooling is required, as the digital printing process is based on the CAD data for the component; the 3D printer builds the model using the layer building method, with exceptional repeatability and capability no matter how complex.  Furthermore, designs are developed beyond present manufacturing techniques; changes are as simple as re issuing the CAD data.

The latest voxeljet 3D printers can produce a plastic model for a Francis wheel with a diameter of 500 mm in less than 24 hours. The material used is PMMA, which already softens at 73°C and burns without residue at temperatures over 700° C. It means that the parts are ideally suited for use as smelt models for investment casting purposes. Schmolz + Bickenbach has extensive experience with the 3D printing of plastic models: “In the past, we had the models printed at the voxeljet service center.  However, the advantages of the 3D print technology, along with continuously rising order volumes, prompted us to invest in our own voxeljet printer in 2013. With the VX1000 printer, our investment casting plant can print parts up to a size of 1060 x 600 x 500 mm and a maximum unit weight of 70 kg. Now we can offer our customers even more rapid and efficient support,” says Thomas Peipp. 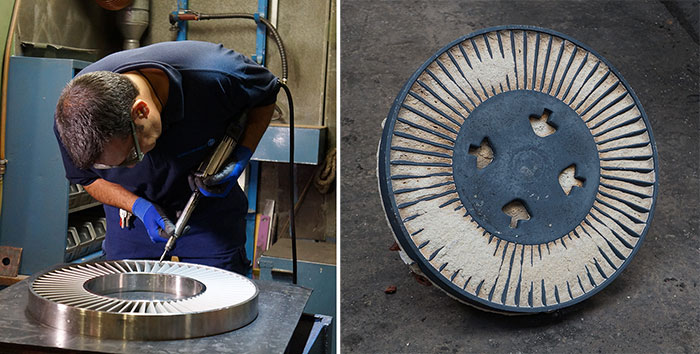 Take a look at a video of the process here:

Voxeljet has had a pretty rough time lately. After initially enjoying a huge surge in stock prices they dipped dramatically along with all of the other publicly traded 3D printing companies late last year. But accusations of creative accounting have prevented their stock from the rebounding enjoyed by Stratasys and 3D Systems.

As rapid prototyping — and casting — applications continue to explode in the manufacturing sector, and I believe they remain the most viable and proven use of 3D printing to date, voxeljet is likely to find itself in a good position to get back into the game. Their printers, and their printer prices, are aimed squarely at industrial and manufacturing businesses. However they have so far refused to enter the desktop or consumer market. That means that they can focus their efforts on what they are already good at without being distracted by going off in too many directions like some of their competitors tend to do. But unfortunately not being in the consumer market often leaves them without the excitement generated from it. That said, while 3D printing continues to be dismissed as a fad, maybe avoiding some of the trappings of consumer excitement isn’t such a bad thing.