Last week I took a road trip across the (beautiful) state of Florida to visit the new 3D printing services division of ARC Group Worldwide (ARCW) called 3D Material Technologies. What I saw surprised me in size and scope and was in a word, “impressive”. Insert Image, aligned right: ARC-Group-Worldwide.png

For those new to ARC Group Worldwide, it is one of the largest metal injection molding (MIM) companies in the world and just days ago won three prestigious awards from the Metal Powder Industries Federation World Congress.

ARC has over 700 employees globally and trades on the Nasdaq (ARCW) with 14.9 million shares outstanding and a market cap just under $200 million.

Now one of the Largest Metals 3D Printing Service Providers

ARC started by bringing renowned 3D printing industry expert Todd Grimm onto their BOD in December of last year and has since made multiple investments in new 3D printers with a strong emphasis on metal printing capabilities.

CEO Jason Young mentioned in an April shareholder update that he: “… believe[s] we have one of the largest capabilities in metal 3D printing today.”

My 2 hour drive across the state brought me to the ARC headquarters in the town of DeLand which houses 3D Material Technologies. The building was modern and larger than I expected at 42,000 square feet (one acre) of mostly production space.

General Manager of 3D Material Technologies, Ashley Nichols, graciously gave me a tour of the facility and told me the Colorado facility (which also has 3D printers) is much larger at 100,000 square feet as is the Retsag, Hungary location with about 70,000 square feet. The Hungary facility currently doesn’t have any 3D printers, but I was told they’ll be added soon.

“ARC’s thesis is that the global manufacturing supply chain is changing, and that the advent of automation, 3D printing, robotics, artificial intelligence and cheaper domestic energy prices will lead the manufacturing renaissance in the US, which is among a key area of focus for ARC.”

I can vouch that automation and robotics are heavily utilized in their metal injection molding operations. As you walk through the space there are robots to the left of you, and robots to the right of you, all going on about their work, never stopping.

The following video provides an overview of 3D Material Technologies and explains how metal injection molding customers gain advantages using additive manufacturing. The overview is given by Drew Roberts, Engineering Manager at the Colorado facility.

Ashley Nichols told me that their initial 3D printing customers have been evenly divided between the aerospace, automotive and medical industries. The company is now ramping up the service bureau and the customer mix could change in the future.

ARC expects to grow revenue with new customers accessing their 3D printing services exclusively, and with new metal injection mold customers who can get prototypes delivered in a matter of days or one week as opposed to 2-3 months. This is a great example of a company with strong underlying fundamentals that’s now expanding into 3D printing in a meaningful way to grow customers, revenue and income.

There is a full range of industrial metal 3D printers employed by the company. General Manager of 3D Material Technologies, Ashley Nichols next to one of two Concept Laser printers at the Florida facility.  This M1 machine is ideal for manufacturing metal components with elaborate structures and parts made from reactive materials like titanium for fine detail, high quality surface finish, and precision component structures. 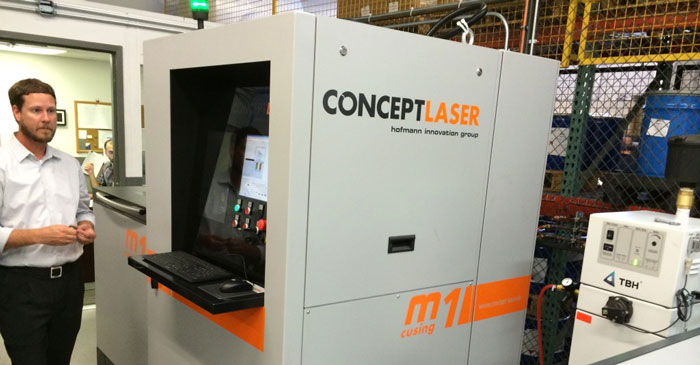 Unfortunately I didn’t get to see their pair of EOS M 280 DMLS industrial 3D printers which (among others) are at the Colorado facility. As of April, 3D Material Technologies has 16 industrial grade 3D printers (mostly for metals) and plans additional purchases in the near future.

Made in America and Exporting…to China

Near the end of my tour, Ashley Nichols walked me through the MIM production area and to the furnace room. On my immediate left was a large hydrogen-fueled furnace where a large production of tiny metal surgical components was undergoing sintering.

Ashley told me the customer in this case was a large Chinese medical supply company.

This China-based company imports their most demanding and intricate surgical components from the USA. From ARC Group Worldwide. 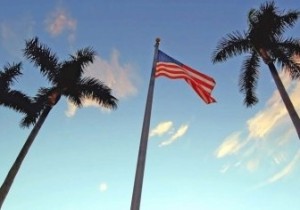 And yes, it may sound sappy…but as I left ARC Group and 3D Material Technologies, I swear that American flag looked a little bigger and brighter then it did on my way in.

Disclosure: I am long shares of ARCW and was not paid by ARC Group or any third-party for this article.