Ever since it was announced last March, Local Motors’ intention to 3D print a car from scratch during the upcoming International Manufacturing Technology Show, has had the automotive industry’s headlights on it — not to mention those of the 3D printing industry.

The co-creative, open-source car manufacturer intends to 3D print the car during the five days of the show taking place in Chicago from September 8th to the 13th; the project is starting to take form and it seems time to turn on the high beams as the design for the first fully 3D printed car has been chosen — and revealed.

The winner of Local Motors’ 3D Printed Car Design Challenge is Strati, a concept by user Harlock, aka Italian automotive designer Michele Anoè. The judges chose Michele’s design both for its uniqueness and for its compatibility with 3D printing technologies.

MakerBot CEO Bre Pettis, who is also on Local Motors board of directors, described it as: “simple and clean, with character,” while Lonnie Love, Group Leader, Robotics and Manufacturing Systems Research at Oak Ridge National Laboratory (which is partnering with Local Motors on this initiative) added that “Michele’s design offers an excellent balance between innovation, complexity and practicality. It has good 3D lines and the retractable roof is really cool.” 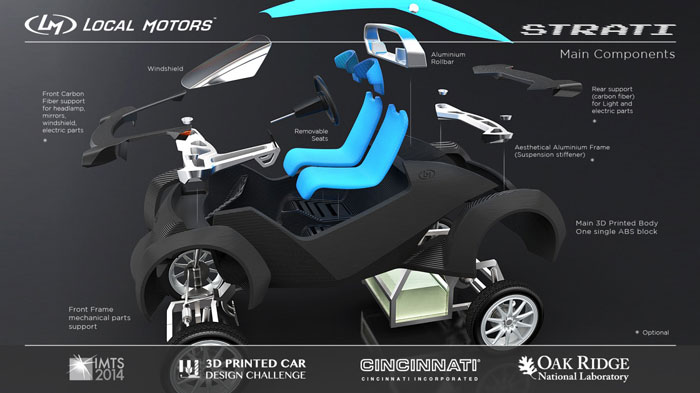 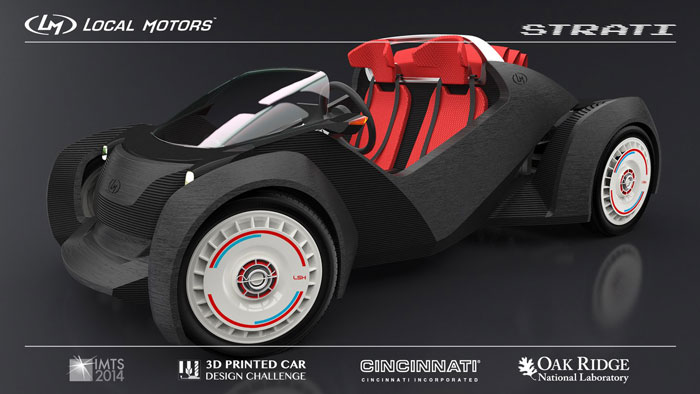 Along with seeing his concept become reality at AMT’s Emerging Technology Center, on Booth N-650 of the IMTS, Michele will take home $5000 in cash from Local Motors which, no doubt, sees this as a great investment and a milestone on the road to achieve its long term production de-localization and co-creation goals.

Choosing the winning project can not have been easy. In fact there were another six concepts that received prizes and recognition. The Community Vote Award went to the Internal Strut Frame project by user Taurusnut, aka Greg Thompson. 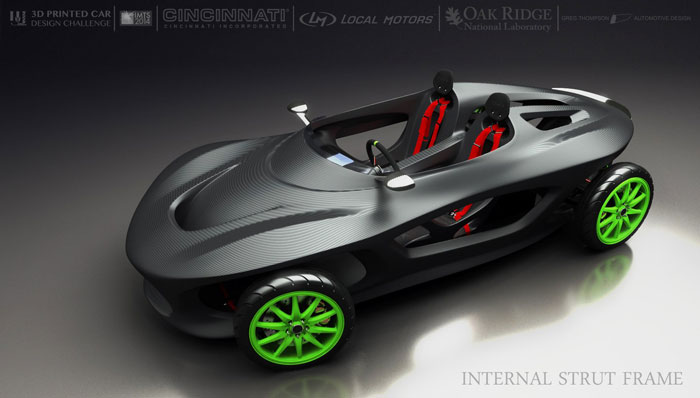 The “wow factor” was key in the Aeroblade concept by user iMan. 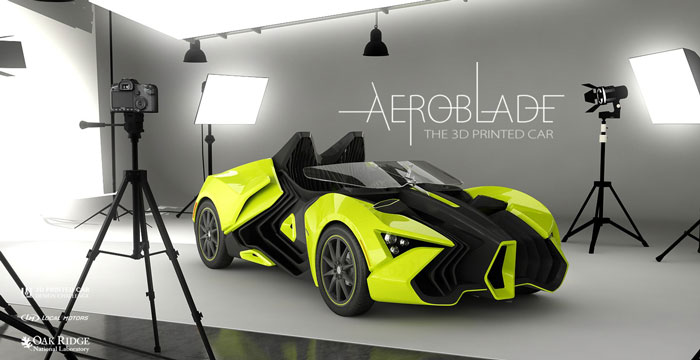 While the 3DCPX concept by Baunarsch was appreciated for its creative structural supports.

The LM Supernova by sebastian.dib10 was described as a tough and fast Formula 1 supercar. 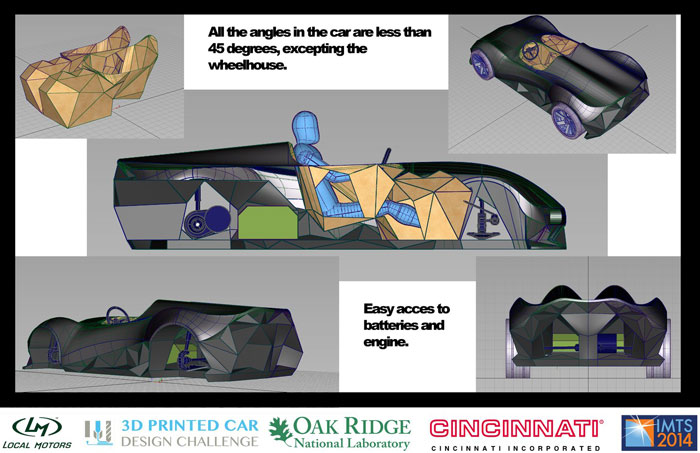 And the Mirage took the Innovation Award for incorporating layers to create 3D printed “crumple zones”. 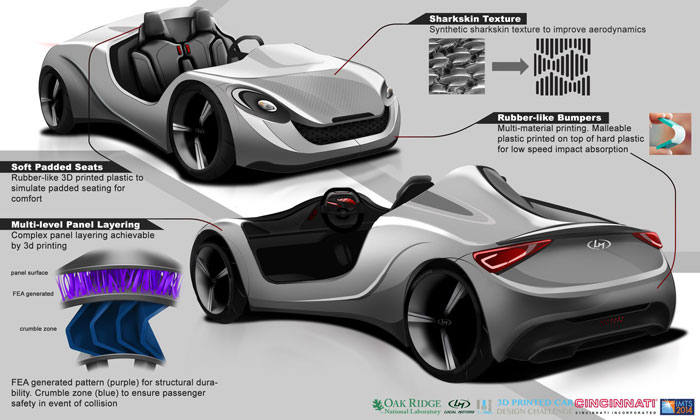 The LM e-Spider, finally, was reputed a “tribute to the minimalist in all of us”, merging off the efficiency of a smart car with the effectiveness of a desert dune buggy. 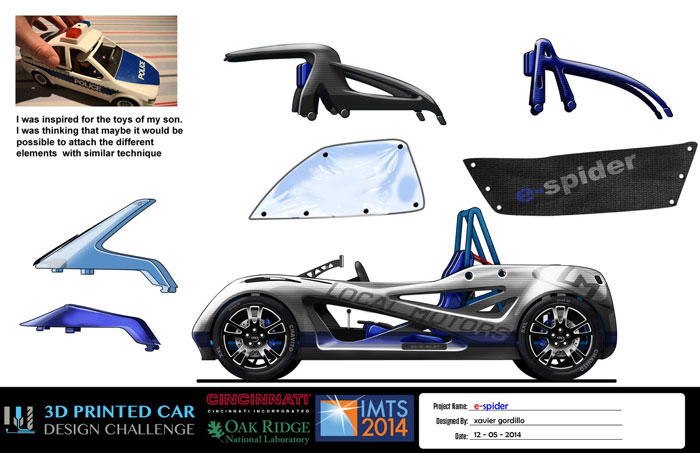 “There are three major challenges facing the auto industry today; part count, weight, and the initial cost of tooling when creating and iterating on vehicles. The hybrid Direct Digital Manufacturing process stands to address all three of these,“ said Jay Rogers, Local Motors CEO. “When these hurdles are removed, we open the door to an exciting new era in automotive design and manufacturing possibilities.” After seeing these concepts we could not agree more. The checkered flag is rapidly getting closer.