3D printing company TriFusion Devices has walked away from the Rice Business Plan Competition with a massive $400,000 in prize money.

The company, which is based at Texas A&M University, aims to revolutionize the prosthetics industry with the help of additive printing. It’s a seriously profitable niche with a social payoff. So if TriFusion Devices lives up to the potential recognized by 275 judges that took part in the awards scheme, it is set to do very well.

Prosthetic legs can cost up to $30,000 and they take weeks to make. While the technology has improved, users still have trouble with poorly fitting limbs. That can result in pistoning, the movement of the leg in the socket, which often leads to bruising, skin problems and even infections. Even if this doesn’t happen then poor symmetry can lead to back problems and other issues further down the line, as well as simple discomfort right now.

Even today, patients often end up modifying their own prosthetic device with padding. That affects the functionality and simply should not be necessary now that we have the means to create a perfect fit. If that’s not enough, the legs can wear out within five years and that means the whole expensive process has to start again.

Titanium and aluminum have taken over from steel in many cases in the pylon and joints, while the cup is formed from polypropylene.  This is an improvement in terms of durability, weight and patient comfort, but we are now looking at a revolution. 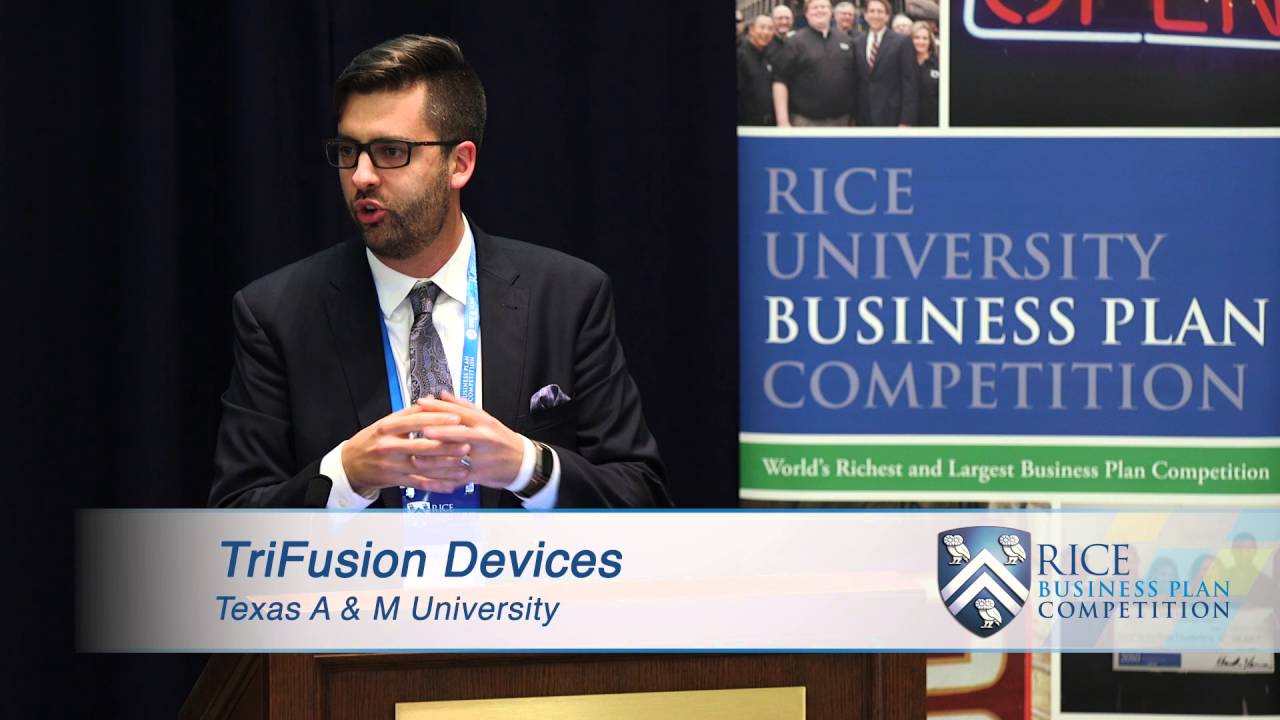 Are nanotubes the answer?

TriFusion Devices has found a way to weld carbon nanotubes with microwaves to create a lightweight prosthetic within 48 hours. It also fits perfectly, first time, thanks to advanced 3D scanning techniques.

This thermal welding technique doesn’t just allow the startup to build a leg faster than the current suppliers, it also reduces the cost significantly.

That was the main thrust of TriFusion Devices 15-minute pitch, followed by a 60-second elevator pitch on the night of the awards. $400,000 for 16 minutes is good going, but of course the team behind the prosthetic have worked for years towards this end.

This goes beyond prosthetics

Prosthetics are just the start, too, as the welded nanotubes can be used for sporting equipment, body armour and all kinds of protective gear, as well as custom clothing and orthotics.

Carbon nanotubes could make better, lighter skis, tennis rackets and helmets. In fact, there are so many applications that the company had to narrow its focus to prosthetics just to make a meaningful start.

If it can turn this revolutionary prosthetic into a production reality, then TriFusion Devices and Texas A&M really could leave a lasting impact on the medical world. These limbs could give people a new lease of life, as well as perfecting a new production technique that has been mooted for years in various forms.

Carbon nanotubes are becoming increasingly common in batteries, electromagnetic antenna and other devices, but if we can use them in this way, as a construction tool, they really could change the world.

A breakdown of the prize fund

TriFusion Devices’s winnings were made up of a number of prizes. They include the $300,000 Investment Prize from the GOOSE Society of Texas, $60,000 from RBPC Angel Investment and a marketing and design services award from BrandExtract and The Padgett Group worth $25,000.

Website development and hosting services valued at $30,000 by ContentActive were part of the package, together with treasury services from the Bank of America and a selection of smaller prizes.

While the $400,000 prize fund is a great start, it is not enough. The university-based company needs to raise $1.8 million to put its plans into action. With such groundbreaking technology at its fingertips, though, it would take a brave person to bet against them.