Track Your WILLpower with Armour39

In our coverage of CES, I portrayed my wife and I as having a mental breakdown in response to seeing a product called Armour39 developed by Under Armour, an active wear company that’s been using 3D printing to design good looking products. In actuality, we didn’t have an existential collapse learning about Armour39, but it was a pretty strange product. I thought I’d go over that product and the company’s use of 3D printing in a little more depth. 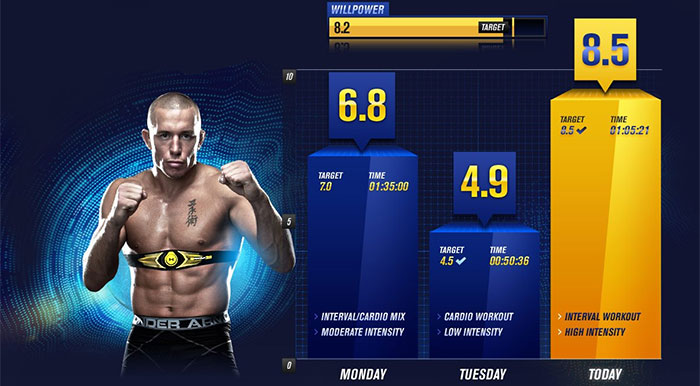 If you don’t pour over tech news daily, Armour39 might be news to you. It’s a heart halter at its base, fitting onto your sternum and measuring your heart rate. The accompanying app converts that measurement into estimates of calories burned during a workout, as well as “real time intensity” and “WILLpower”. The willpower score compares your heart rate from previous workouts and compiles them into your level of “improvement” over time, indicating how hard you push yourself with each workout. The halter necessarily syncs to an iPhone app or the company’s fitness watch, allowing you to track this data incessantly to the point of “obsession”, according to the promo video below:

The Under Armour team used 3D printing for rapid prototyping purposes. They put the fitness tracker through 45 different iterations using stereolithrography (SL) before finally achieving their ultimate design. According to Alan Guyan, the company’s Technical Design Manager, SL allowed their R&D team to produce parts that could almost (not quite) reach the durability of injection-moulded parts. The resulting chest strap is sold at $150, while the watch for real fitness junkies is sold at $200.

From the looks of it, 3D printing allowed Under Armour to come up with a pretty compelling design. In addition to prototyping for the Armour39, the company has used the technology partially for the production of athletic shoes. The shoes are overlayed with a 3D-printed mesh to give them breathability and structure. This isn’t quite utilizing the full potential of 3D printing for such an application, as the possibility of scanning a customer’s foot and printing custom-fitted shoes would really push the concept further. Maybe in the future, Under Armour will explore this route a bit more.

Though I’m never exactly thrilled by the idea of exercise and am definitely put off by people obsessing over the “control” gained over their own bodies — a symptom often associated with eating disorders — I can see the benefit that this device would have for athletes. For those who really need to stay in great shape for the upcoming season, the device might become an athlete’s best friend. It’s also easy to imagine such wearables being adopted by the medical industry for the creation of smart-halters that would send heart rate data to a cardiologist’s office for real time monitoring. I wonder, for me personally, how such a monitor might be used for meditation.  Maybe attach some brainwave monitoring devices and the Armour39 might be a great tool for biofeedback in cognitive behavioural therapy.