The Rhode Island-based toy company Hasbro announced a partnership with 3D Systems on Friday to “co-develop, co-venture and deliver new immersive, creative play experiences powered by 3D printing for children and their families later this year.” Hasbro has a large and impressive range of children’s (and nostalgic adult’s) favourite franchises in their fictional fraternity including: infant and child favourites Playskool, Sesame Street and My Little Pony; pan-generational sci-fi favourites such as Star Wars, Star Trek and Transformers; Superheros such as Spiderman, Ironman and the Incredible Hulk; and legendary immutably popular board games such as Monopoly, Cluedo and Trivial Pursuit.

Currently, Mackinsey analysts project that total 3D printed economic worth will be around USD$230-550 billion per year by 2025, of which USD$100-300 will be direct consumer products, such as toys. The obvious connotation of the primary material used in the current wave of desktop 3D printers and the quality of average print points to toys being a very strong audience market for the devices. Hasbro (NASDAQ:HAS) has a strong position within the consumer product toy sector, with strong share growth since mid 2011 and an announcement last week of an increase in the quarterly dividend payment to $.43 representing a 7.5% increase to their previous rate of $.40.

I’m going to be bold and suggest that USD$100-300 is an underestimate, contingent upon whether the current and near future wave of FDM / FFF desktop 3D printers produce localised leading brands which are successfully marketed to create awareness; logistically easily available via local retail outlets as well as online stores; realistically affordable; finger-burn and room air quality accident-safe; and most of all technologically accessible by fulfilling the play-and-play ideal. Let’s perhaps call them the 5 A’s: awareness, accessible, affordable, accident-safe and accessible.

This partnership points to what will be a growth trend in 3D printing over the next decade. Supply logistics look reasonably likely to be heavily disrupted over that time-frame by delivery drones and home 3D printers. As we witness home 3D printers become ever more able to fulfill the 5 A’s, as well as the technological progression factors of multi-material capacity, increased resolution, larger build area and particularly print speed, end users will become increasingly tempted by the chance to download products to 3D print at home over transitional consumption logistics.

Other considerations include that toys have a low product life-span as children mature quickly – thus the often slightly lower quality of cheap home 3D printers is not such an obstacle to adoption of the production technique: inbuilt obsolesce is inevitable because infants and children’s sensory learning and development processes include bashing, breaking and brawling. Also, most parents love to become involved in what toys their children are interested in and can interface with this directly via 3D printing.

Furthermore, there is an inevitable ecological factor – a low purchase consideration for the end-user, but ultimately a regulatory necessity if our children are to have a healthy planet to frequent. This points to PLA (Polylactic Acid) as a sustainable, biodegradable wonder material for plastic toys, relieving the world’s ever growing rubbish dumps and the countryside of decades of decay from those bits and bots that inevitably stray from the human consumption cycle. Whilst it is may be more energy efficient for us all to be 3D printing our children’s toys at home Fordist industrial mass production techniques will not go away any time soon and printing with PLA at home will likely coexist symbiotically with those traditional techniques, creating a balanced progression of ecological considerations as energy efficiency and sustainability improves universally over the next decade, considered in this article’s frame for analysis. 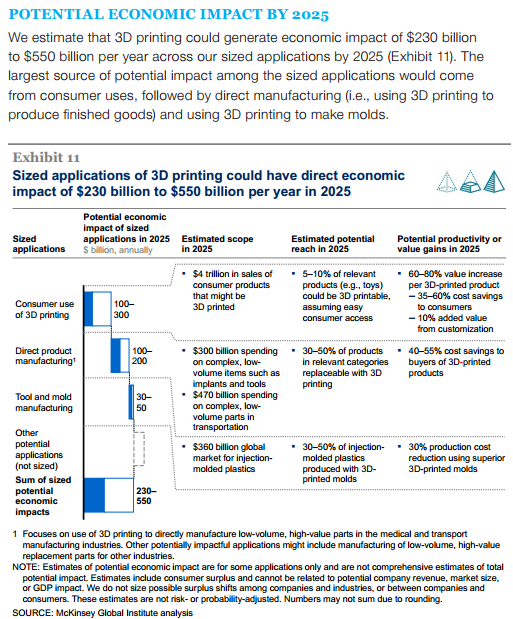 However, the most exciting potential for the 3D printing toy teaming for this writer is Transformers. I must have spent thousands of hours playing with Transformers as a kid. Transformers, Trek and Teenage Turtles dominated my imagination. What could be cooler than giant robots that could change into guises that meant they really could be around us. ‘Is that car Bumblebee?’ was an honest question I once asked my mum, who explained from time to time that Transformers were real. That wasn’t the point to me, like most of my male friends, I wanted them to be real! One of the most appealing, immersible, and, for Hasbro, lucrative, aspects of the Transformers brand is the shear volume of characters. This is not my old collection – my uncle ran off with that without asking – but it illustrates what I mean…

There was a really cool ‘dancing transformer car’ advert by Nissan that pretty much kickstarted the whole new wave of Transformer movies and knock-on merchandising, putting the toys from the series back into tens of millions of households. Here it is, just incase you missed it…

From there, it was decided by those who make such decisions that computer rendering was at a sufficient level of progress to take on the challenge of making a series of movies out of the franchise, which has resulted in three, in my opinion as a 33 year old blurry-eyed nostalgic-reminiscent-type, mediocre, Transformers movies by Michael Bay and Steven Spielberg. From there, the inevitable franchise toy lines emerged and once again the Transformers had returned to rule the household toy galaxy.

Let’s concentrate on the toys and home 3D printing now. The toys have always been quite fragile, particularly the toys made today, which are of lesser quality than the originals manufactured in the 1980’s. It’s just the nature of the design, lots of small, movable parts, and toys that are designed for fighting. That’s what Transformers do after all, fight. All that bashing of robot toys means that there are plenty of breakages amidst the carnage however. This is one area where 3D printing comes into it’s own.

Optimus Prime has lost one segment of this right arm. Your lad is crying. The normal response is usually to say that they toy is still there and can still be played with – true enough. But home 3D printing means that Hasbro has the chance to offer what I call ‘repairables.’ Get online to the Hasbro transformers 3D repair parts site, download the file, 3D print it, pop on the replacement… There is nothing else that can offer the fulfillment of this potential niche with such ease and speed. This is where I believe the long-term value of toy printing pays out most: for producer and end-user.

This is far from the only application of course. If you have a good enough 3D printer, download the dinobots, print out the proctobots, play with your Prime just hours after it appears as if from nowhere on your desktop 3D printer in front of your child’s eyes. What cold possibly be cooler than that…? Well, how about…

Nooo, not Sentinel Prime, this…If you have some design inclination or you are just a determined soul who is willing to push to play with computer aided design, why not design your own ‘transformer’ for your kid? If you read this and it sounds appealing please be aware of potential copyright infringement: though if it doesn’t resemble existing Transformers, nor use copyrighted nuances such as the Autobot Logo, the sky is the limit. Watching your toy robot birthday present appearing before your eyes has to be another amazing potential experience for your kids. I’d have loved to have had this technology around in the 1980’s when I was a child.

There is so much to say on the subject of home 3D printing and toys that I have barely touched the surface, however, I hope that this article has provided the main information and insight that our broad range of readers will find interesting. Feel free to add questions or critique in the comments section as ever. I’ll be back on this exciting sector application of 3D printing in the near future I have no doubt…