The use of 3D Printing technologies in animation and, specifically, in stop motion animation has the potential to truly change the way animators work and what they can achieve. EnvisionTEC worked with DreamWorks, and all of the major 3D printing companies have enacted some type of collaboration with the film industry on special effects. What is new, however, is that now 3D printing can make animation dreams come true even for young movie directors with great ideas and little financial means. 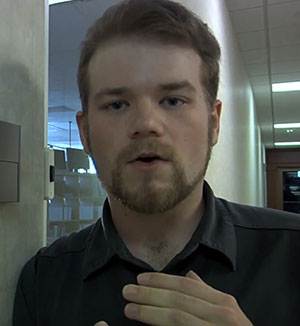 This was the case for 23 year old Austin Taylor, an incredibly talented (see for yourselves in the video at the end of this article) student/alumn from the University of North Carolina School of Arts (UNCSA). His project, a stop-motion 11 minute short film titled Death and the Robot, was made possible through the use of 3D printing technologies, specifically a Stratasys Dimension series machine, and other high-end equipment (including a laser scanner) supplied by the Center for Design Innovation (CSI), a joint UNCSA, Winston Salem State University and Forsyth Technical Community College collaborative centre, located in Winston Salem (NC).

In a video interview Taylor describes the entire process in detail but what proved particularly interesting and fascinating is the way 3D printing can truly revolutionise the art of making stop-motion animated movies. In this type of physical animation, a filmmaker needs to take 12 to 30 shots, for every second of film, of characters made specifically to mirror the artists’ mental concepts. During that time, the “puppets” need to be absolutely still. 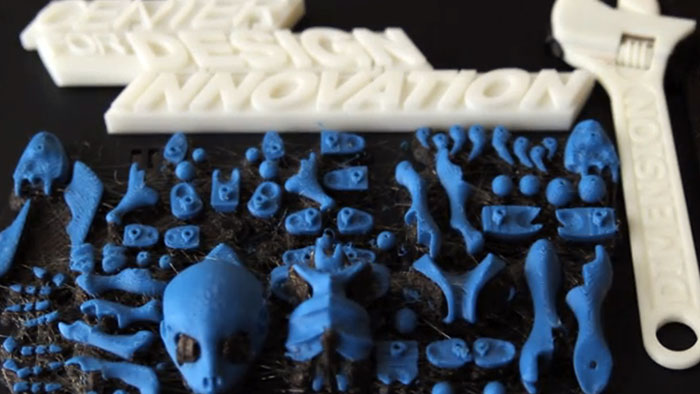 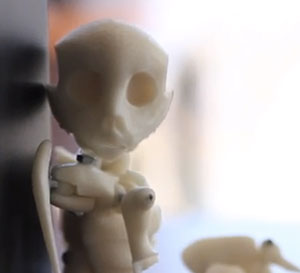 To achieve this, Taylor 3D printed each single part of each puppet – apparently this is the first time 3D printing has been used to this extent in a stop-animation project – and joined them together with metal screws. Each 3D printed part is extremely precise and fits exactly into each joint, so that arms and legs only move when force is applied to them.

Another added benefit is that through 3D printing, not only is it faster to create each model but also, whenever a part breaks, it can be replaced rapidly and perfectly by printing a new one from the digital model. This means that all the expressions, all the telling movements of Death and of the Robots cost around $1500 (IMDB estimate) to produce (capital costs excluded). In this case, however, use of the 3D printer was supplied by CDI, to fulfill its mission of helping creative minds come together and find new ways to create combining different new technologies. 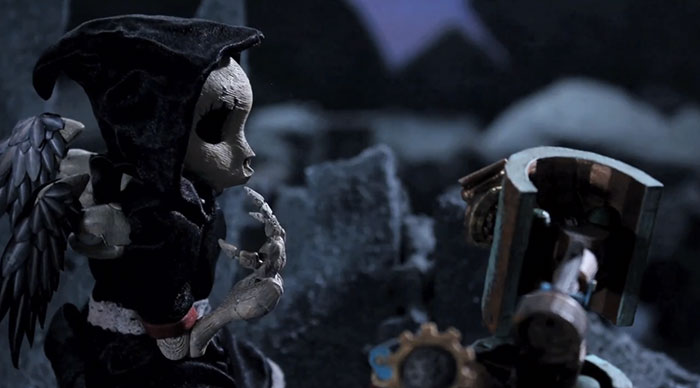 CDI’s main objective was to define an efficient method to convert the standard animation format files into 3D printable files: that was the trickiest part of the process and it took about two weeks to figure out. It required multi-surface design, file correction and model validation. Death and the Robot has been screened at various short film festivals around the world, reviews are great and through mastering this new technology, a young filmaker’s dream might one day grow into something even bigger as you can see here in the trailer: