Shane’s said it before and I’ll say it again: this year is the year for light-based 3D printing.  It’s also the year of 3D printed footwear, the year of the Maker, and the year of the horse.  There have been numerous launches for stereolithography (SLA) and digital light processing (DLP) 3D printers in 2014 so far, with each one promising better layer heights and larger print volumes at lower prices — and then of course there was Autodesk’s big announcement just yesterday. Another new kid on the block is the Titan 1 from Kudo3D. There are even more — coming from Shane’s news desk soon! 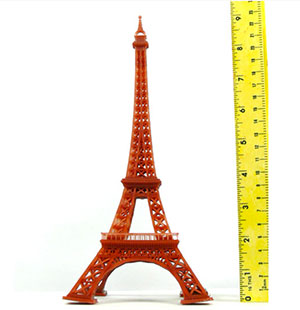 Other unique features of the Titan 1 are its patent-pending passive self-peeling (PSP) technology and the ability to pause and change resins mid print.  PSP is a method they’ve developed to minimize the force between a layer hardened by the projector light and the liquid resin below.  By minimizing this force, Kudo3D believes that it’s possible to 3D print features the size of a human hair without breaking them.  Additionally, the Titan 1 uses a teflon enclosure, which they say protects the machine from more reactive resins. Finally, the printer can use any UV curable resin available on the market. 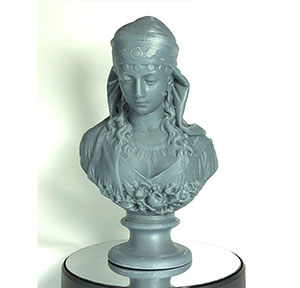 So, what’s the price for this machine (if you haven’t looked at the chart above)? Kudo3D is predicting it to be about $1,999.  That’s pretty affordable compared to the $3,299 of the Form1 and the $5,495 of an assembled B9.  It’s unclear if this low price is for the Titan 1 in kit form or assembled, but not bad either way.

All of this sounds pretty grand and, looking at the images, this is the sort of machine I’d like to get my hands on, but, with all untested products, the proof will be in the puddin’.