The Greatest Show and Tell on Earth is just 8 days away. Soon, the Bay Area will be swept up in a storm of Makers whose creativity is topped only by their ingenuity. And, as with all Maker Faires, 3D printing is sure to play a prominent role alongside other technologies that have made inventing more accessible in the past decade, such as Arduinos, CNC machines and laser cutters.

This year, the Faire will be chock full of new 3D printers, including the Overlord Delta 3D Printer, the Euclid large scale 3D printer, and the Atom SLA 3D printer. We’ll also see more familiar friends, like Afinia, Tinkerine Studios, Ultimaker, MakerBot, and FormLabs. And there will be plenty that fall somewhere in between, like Robo3D, FSL3D and Lightforge. As exciting as those 3D printers are, the Bay Area show will also feature some new machines that don’t quite fit into the standard 3D printing category. A company calling themselves Bot Factory, Inc., for instance, will be showing off a machine that they say can 3D print electronics boards. Maker Steve Delaire will be showing off his 3D Welder and Bar Smith and Thomas Beckett have a desktop CNC machine that will be on display. And don’t forget the Pancake Bot! 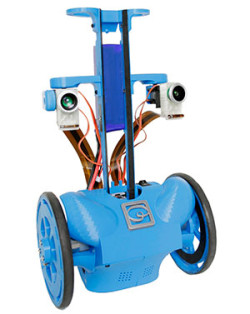 No Maker Faire would be complete without robots. A whole bunch of robots! The robots made with 3D printed parts alone number too many to mention. Jimmy, the open source bot from Intel, will be there, just in time for the release of his source files. A few more bots include: Atom II, the iQuad Tilt-Rotor Quadcopter and Gertie the jumping robot. Even InMoov is planning to attend, albeit only one of his arms. And, to educate you all about them, the Faire will have a variety of speakers discuss the subject, such as Marius Buibas, who will talk robotic learning and Michael Overstreet, who will focus on 3D printing humanoids specifically.

Speaking of 3D printed arms, there will be more than one 3D printed prosthetic project exhibiting at the event. E-nable, which has, justifiably, been getting a growing amount of press for its prosthetic hands, will attend, as will Not Impossible Labs, who will not only have a booth, but will give a presentation about Project Daniel, which brought 3D printed arms to the people of Sudan. And, while not medical related, Project Gauntl33t will demonstrate its 3D printed haptic glove. 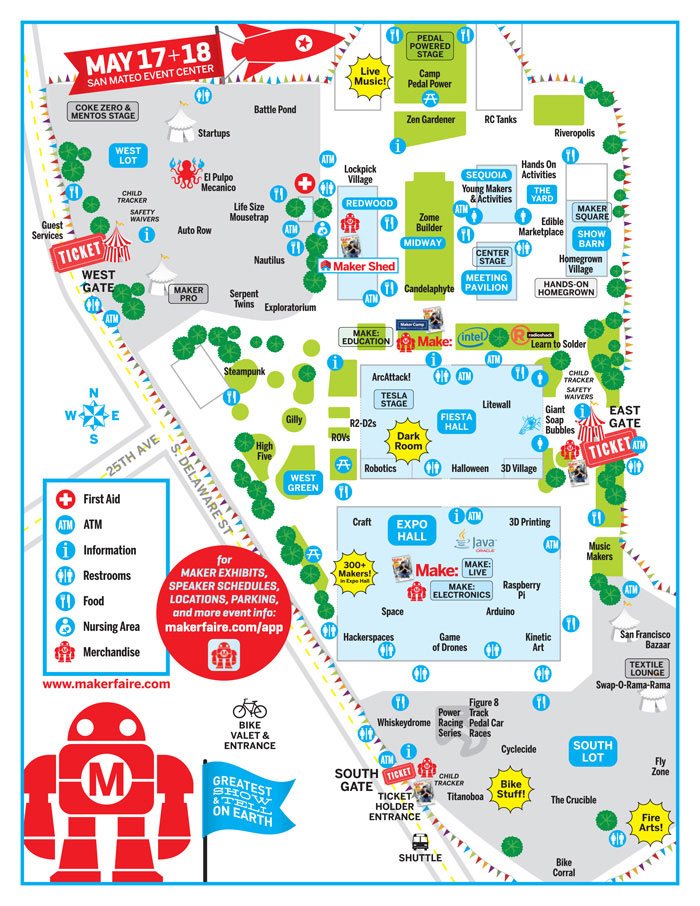 Attendees will also be privy to 3D printed fashion, architecture, space exploration tools, and a whole lot more. I don’t mean to keep listing stuff, but there is just so much that it’s hard to avoid. I haven’t even covered the plethora of 3D scanning devices at the show. So that I don’t sound like a complete loser, I recommend that you go over to the Maker Faire site and browse the rest of the exhibits and speakers yourself. The whole thing will be divided among the many booths and stages, but you can download an event-specific app to help you navigate and plan your way around the faire.

If you can make it, May 17 and May 18, you’ll need to purchase some tickets. Depending on your age and educational status, prices start at $17.50 for a one day pass for kids and work up to $60 for an adult weekend pass. It’ll be worth it if, as Make predicts, 2014 is the Year of the Maker. You’ll have a front row seat for a revolution that may just take the world by storm this year!