As our Editor Rachel said to me, “This is HUGE news!” CEO of Autodesk, Carl Bass, has announced that the company is releasing its own 3D printer, along with its own open software platform for 3D printing.  As a software company, Autodesk has given the software, called Spark, first billing in the announcement and explained that the Autodesk 3D printer is merely a method for implementing Spark, as if it’s no big thing! 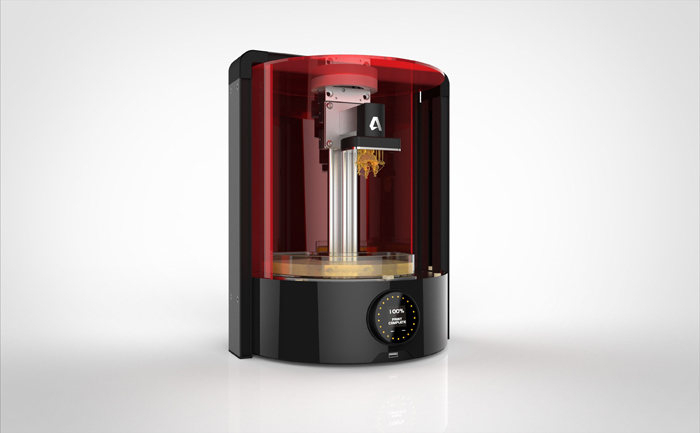 Both Spark and Autodesk’s 3D printer will be open source: “Spark will be open and freely licensable to hardware manufacturers and others who are interested. Same for our 3D printer – the design of the printer will be made publicly available to allow for further development and experimentation.” Bass has also said that the 3D printer will use a “broad range of materials, made by [Autodesk] and by others.” From the image provided and information from the BBC, the new machine will use stereolithography to print objects, hardening UV-curable resin layer by layer.  The software and 3D printer (the entire Spark platform) will be released later this year and, until then, Autodesk will be working with hardware manufacturers “to integrate the Spark platform with current and future 3D printers.” No price for the machine mentioned as of yet!

Bass explains that he decided to pursue the Spark platform when 3D printing left him unfulfilled (which he mentioned during his keynote at Inside 3DP in New York).  Inspired by Google’s adoption of Android, he believes that the company’s new Spark platform, which includes help from the open source community, will overcome many of the current limitations of 3D printing.  He tells the BBC that he hopes the use of resin will inspire a new wave of materials for 3D printing, “One of the limitations right now is on the material sciences side – the kind of chemistry. We’re making a printer that, rather than just being able to load in proprietary materials, you can load in any material you want. You can formulate your own polymers and experiment with those. That’s an important next step because we think material science is a breakthrough that has to happen to make [the industry] go from low-volume 3D-printed stuff to where it really starts changing manufacturing.”

Research director at Gartner, Pete Basiliere, thinks that the Spark platform will cause a new wave of SLA machines to come to market, saying, “The printer is a bona fide attempt to prove the interoperability and open source nature of Autodesk’s platform. And by sharing its design we could see a second wave of small start-ups creating stereolithography machines just as the makers did when the early material extrusion patents expired.”

Though the printer and software will be open, the CEO still believes the company will profit, drawing people to their other products, “If 3D printing succeeds we succeed, because the only way you can print is if you have a 3D model, and our customers are the largest makers of 3D models in the world. My feeling is that 3D printing has been over-hyped for home use but under-appreciated for its industrial possibilities. I think we’re really at the beginning of a new way of making stuff and we’re just trying to kickstart it.”

I definitely commend the company on its idea to release the entire Spark platform as open source, potentially giving hackers and Makers the potential to do some pretty awesome things with it.

Read Bass’s original announcement, visit Autodesk, or read the interview with BBC to try and ferret out more details.  All rumor and speculation welcome in the comments section below!