The X01 Project: Build and Fly a 3D Printed Drone Fit for the Moon

The tech world has been booming recently with endless news about two of the up-and-coming industries of 3D printing and drone technology.  Naturally, these two fields have seen a good deal of cross-pollination, the latest of which is evidenced in the new X01 Project, a challenge put out by Greek engineers to 3D print and build their own functioning drone. The X01 Project’s design is based off of Masten Space Systems’ award winning XA-01.B Xombie, which received second place for its innovative and complex design at the 2009 Lunar Landing Challenge. 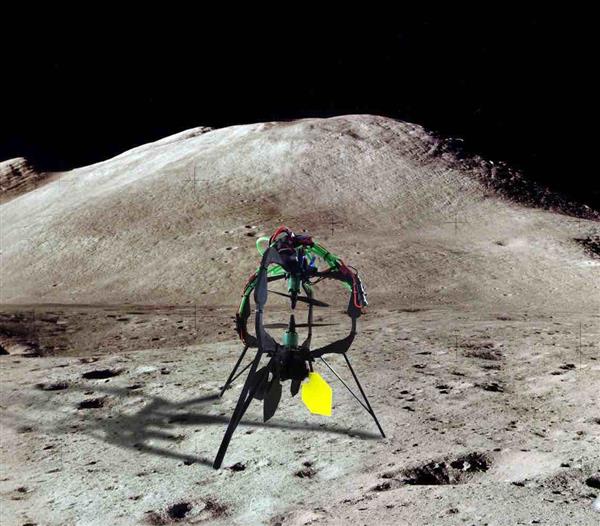 Developers of the X01 meant to replicate such a complex design into 24 3D printed parts in order to offer a challenge to Makers, apparently trying to refrain from putting together an easy and unrewarding project. Yet, the team is providing step-by-step instructions, all of the STL files, and a list a recommended parts in order to make the project’s completion both low in cost and high in functionality. This list of parts includes the most affordable and reliable electronics, such as the OpenPilot flight controller and Avizar Multicopter Motor, giving the project’s competitors access to every part needed to put the X01 in the sky.

The x0mb1e drone parts can be manufactured in PLA or ABS, and the STL files were modeled so that no adhesive material are necessary in constructing the complete drone. The X01 project team also implemented a very customizable design into the drone as well, making it relatively easy to upgrade the motor or battery to make the x0mb1e even more powerful and efficient. The stock parts, which include the 3D printed components and the recommended electronics, are estimated to cost makers under $150, which is a pretty great deal for a seemingly high-quality drone.

As important as it is to enjoy your flight time with the completed X01 project, the development team wants you to have just as much fun building the drone from scratch. The X01 project has managed to combine two emerging technologies, created both a complex design and an easily assembly, and has done all of this at a relatively low-cost. Future plans for the project developers include implementing a camera gimbal and telemetry into the drone design, along with offering GPS capabilities and more size options for the building of the X01 drone kit. The innovative XA-01.B Xombie certainly seemed like a breakthrough production back when it was originally developed in 2009, but the X01 project team is pushing the envelope even further by taking this complex and professionally designed drone and allowing us to easily 3D print, assemble, and explore the skies on our own accord.