In last month’s 3D Hubs Trend Report, we saw the Ultimaker 2 rise to prominence within the international market and also learned that Toronto cracked the Top 10 Print Cities list, putting the country of Canada on the board for the first time. Although Ultimaker has not faded much since the last Trend Report was released, this month showcases a new rising star in the consumer 3D printing universe. 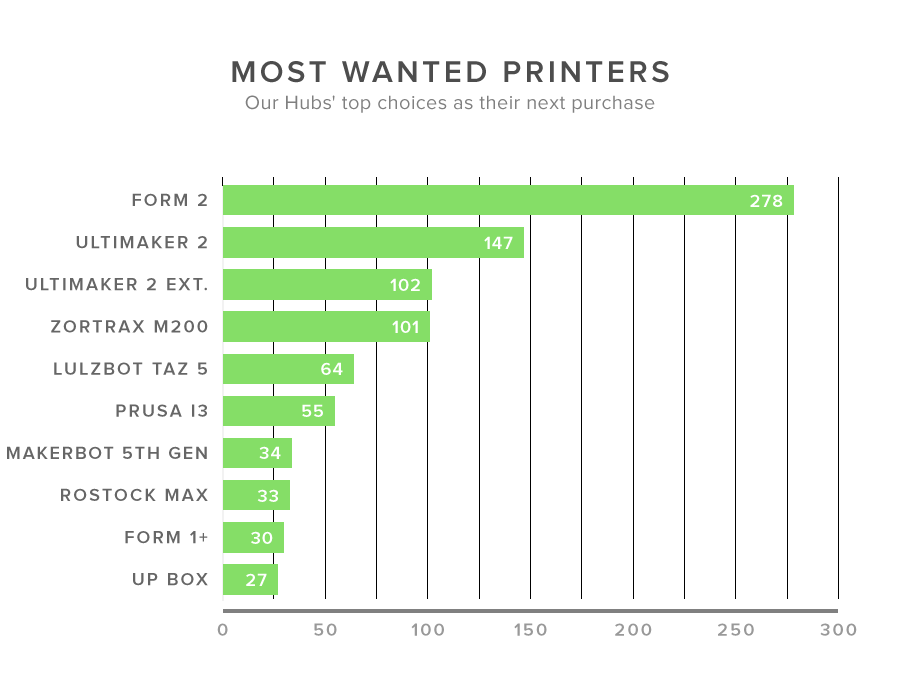 Using their expansive data on the industry, 3D Hubs has included what will be the most sought after 3D printer by their community of 3D printing enthusiasts. The winner, which is the Form 2 desktop 3D Printer by Formlabs, was released in September and has built an abundance of hype that shows in this Most Wanted Printers chart. In fact, the Form 2 has almost double the appeal of the second place Ultimaker 2, gathering 278 votes compared to the runner-up’s 147. After seeing the Ultimaker 2 become the breadwinner in last month’s report, the Form 2 has come to disrupt their reign to show who is really sought after by the 3D printing community. 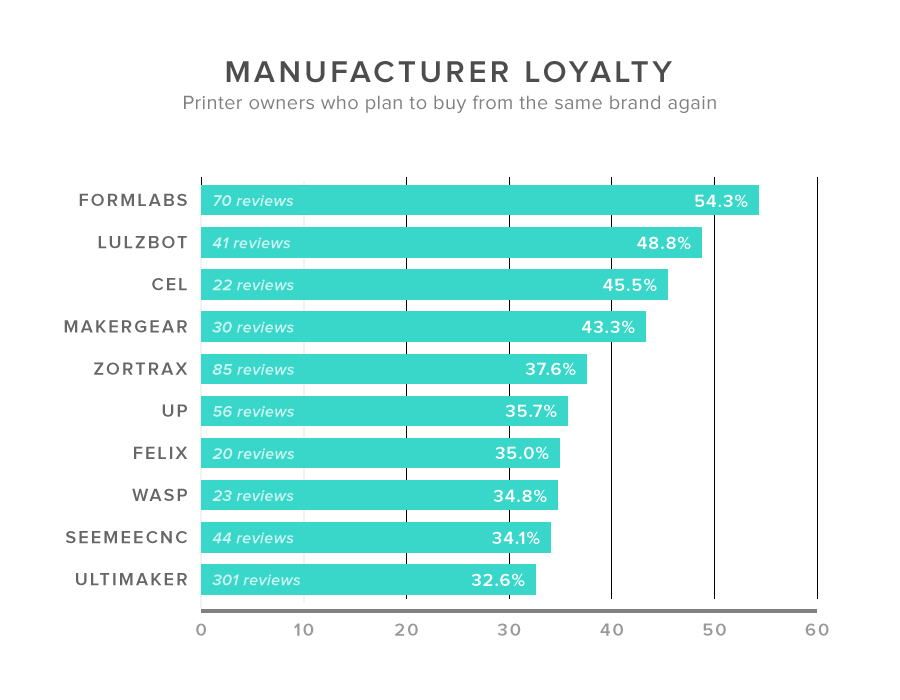 Perhaps the reasoning behind the Form 2’s warm reception is that Formlabs also leads in the Manufacturer Loyalty chart as well, showing that 54.3% of printer owners will continue to buy from them. Behind them is Lulzbot (48.8%) and then CEL (45.5%) following in third. 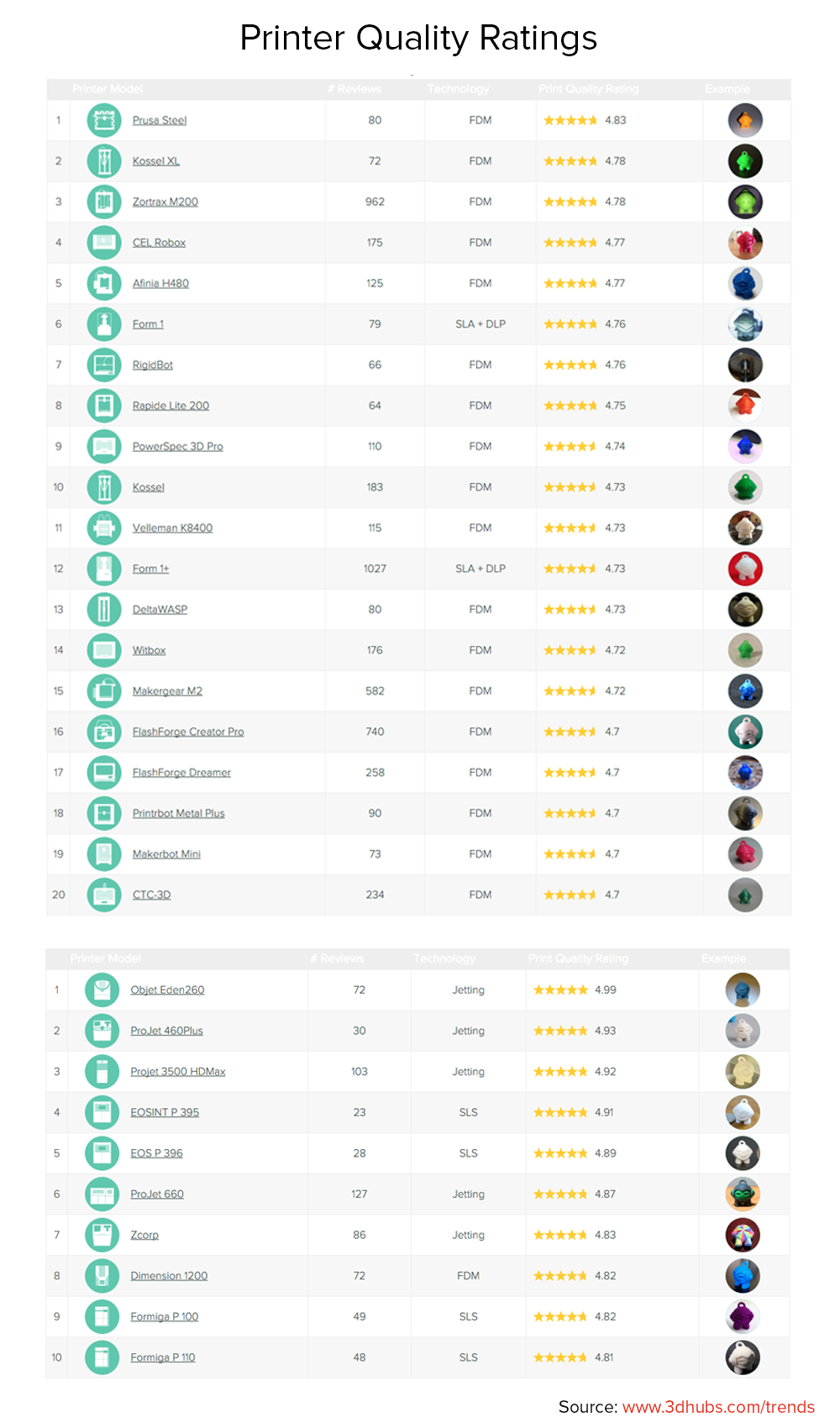 Following suit with last month’s report, the Prusa Steel continues to impress as the highest-rated desktop 3D printer once again. But there was a lot of movement for the silver and bronze as the Kossel XL jumped five positions to take second, while the Zortrax M200 rose two positions to third place. 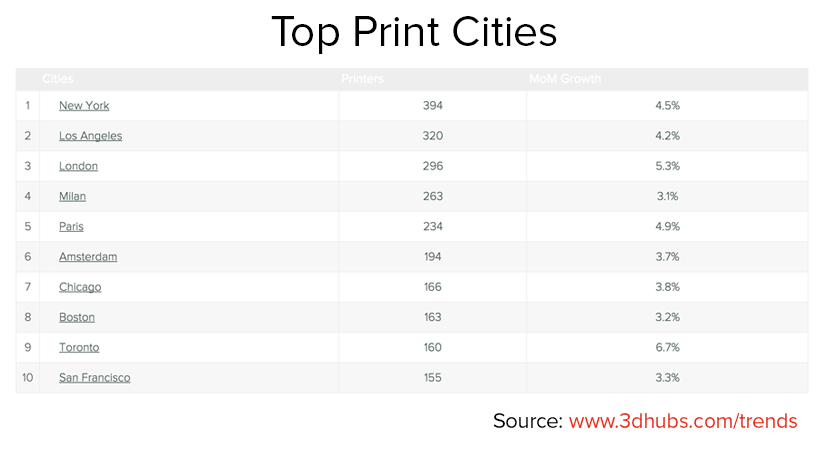 The Top Print Cities list showcased New York City getting closer to the 400 printer mark as it remains ahead of Los Angeles by a healthy margin. But, once again, the city that possessed the most growth was the newcomer Toronto (6.7% MoM growth), although they did remain in ninth place. Besides the strong entrance by the Form 2, most of the 3D printing industry remained unchanged as the Ultimaker 2 still remains the top distributed printer model and RepRap the most distributed manufacturer, though not officially a single manufacturer. 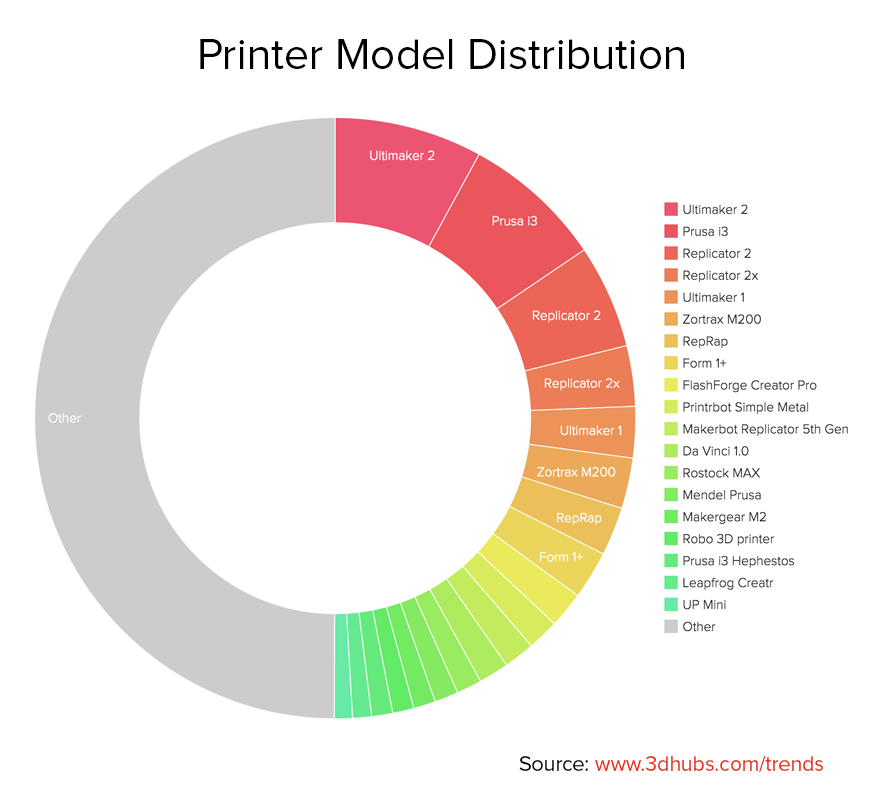 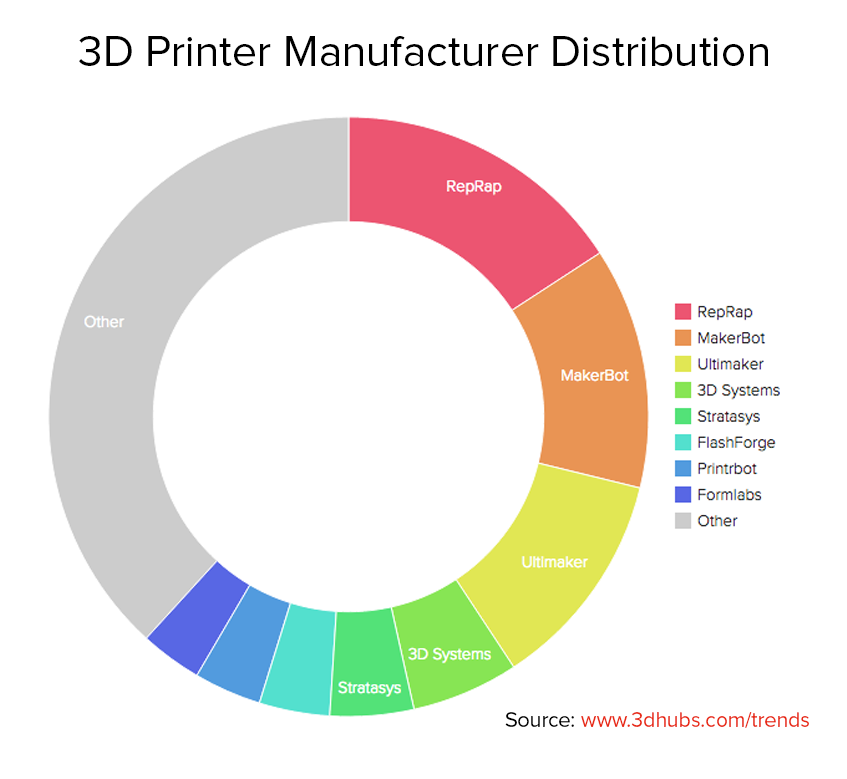 There was a slight bump in the use of black and white filaments, which now account for 53.5% of all color distributed 3D print filaments. In other news, the number of printing locations worldwide has surpassed 24,500 this month, proving that no matter who is winning and losing the manufacturer battle, 3D printing technology shows no signs of slowing it’s roll.