3D printing innovation is not slowing down. If anything, it is getting faster, even as fast as 150 mph/h. This is the record breaking speed that a new fully 3D printed drone, created through a collaboration between Stratasys Ltd. and Aurora Flight Sciences, is capable of reaching.

The drone is possibly the largest, fastest, and most complex 3D printed unmanned aerial vehicle (UAV) ever produced and was unveiled for the first time at this week’s Dubai Airshow.  The high-speed aircraft is built using lightweight Stratasys materials and has a 3m (9ft.) wingspan and weighs only 15kg (33lb.), which enables the record breaking speeds. The production process leveraged 3D printing for 80 percent of its design and manufacture, integrating primarily Stratasys filament extrusion, as well as laser sintering (for the nylon fuel tank) and laser melting technologies (for the thrust vectoring exhaust nozzle) via Stratasys’ owned 3D printing services.

“A primary goal for us was to show the aerospace industry just how quickly you can go from designing to building to flying a 3D printed jet-powered aircraft,” said Dan Campbell, Aerospace Research Engineer at Aurora Flight Sciences. According to Campbell, the project achieved several objectives, including a reduction of up to 50% in build time, as narrated in this video clip.

Aurora’s mission is to develop the science of autonomous flight, whether that means a fully autonomous drone or a program that is breaking new ground in the interface between man and machine, as relates to flight. Its customers range from Silicon Valley tech companies, to the U.S. military, to world leaders in air cargo transport and even other aerospace companies. Their search for innovation naturally led the to implementation of 3D printing in the production process.

“Stratasys 3D printing technology easily supports rapid design iterations that led to a dramatically shortened timeline from the initial concept to the first successful flight,” adds Campbell. “Overall, the technology saw us cut the design and build time of the aircraft by 50 percent.”

For Aurora, Stratasys’ additive manufacturing solutions provided the design-optimization to produce a stiff, lightweight structure without the common restrictions of traditional manufacturing methods. This also enabled the cost-effective development of a customized – or mission-specific vehicle – without the cost constraints of low-volume production.

“This is a perfect demonstration of the unique capabilities that additive manufacturing can bring to aerospace,” added Scott Sevcik, Aerospace & Defense Senior. Business Development Manager, Vertical Solutions at Stratasys. “This meant using different 3D printing materials and technologies together on one aircraft to maximize the benefits of additive manufacturing and 3D print both lightweight and capable structural components. Aurora’s UAV – he went on to explain – is a clear evidence of FDM’s ability to build a completely enclosed, hollow structure which, unlike other manufacturing methods, allows large – yet less dense – objects to be produced.”

Although confined to unmanned vehicles, this project clearly shows what the potential of AM is in lowering the weight of flying parts, such as the ones that Stratasys machines are already producing. For example those produced with FAA approved ULTEM filament, which meets the Association’s flame, smoke, and toxicity requirements. A small flight for a UAV… but a huge leap for dronekind. 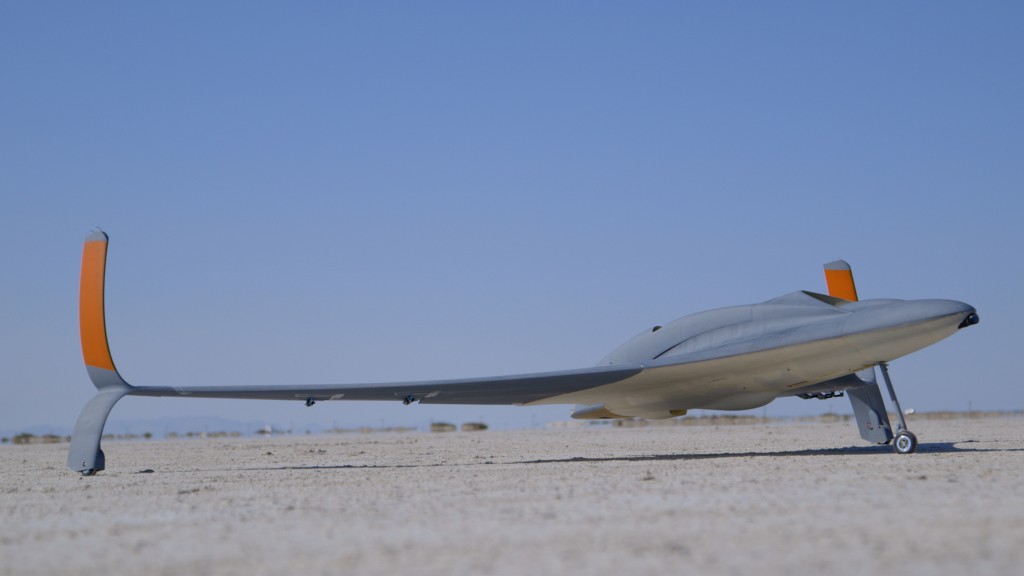