Stratasys and the ever improving world of 3D printing has helped the producers of Kubo and the Two Strings use puppetry to create a cinematic masterpiece, as well as a single puppet with 22 million possible facial expressions.

It’s a mind-blowing demonstration of how modern technology has helped bring the relatively ancient art of stop-motion screaming in to the modern age to create an epic tale. There’s no doubt, too, it is going to be a summer sensation.

It will be released in August and the 3D printing work helped the team win an Oscar for Sci-Tech before the film was even released. That’s how seriously the industry is taking this

The new film from Laika has an all-star cast, with the likes of Charlize Theron, Ralph Fiennes and Matthew McConaughey all lending their distinctive voices. Art Parkinson from Game of Thrones and cult Star Trek actor George Takei also play their part.

The level of detail has to be seen to be believed. Most films like this are created with CGI and pure animation in the modern age, but Laika has stuck with the traditional art of stop-motion and the characters are real, physical objects.

When you see the fur moving or a character raising an eyebrow, it’s almost inconceivable how this film was made. It’s easier to accept that the team often worked for hours to achieve a single second of footage.

Can you see the puppets?

Even watching the trailer, we’re struggling to see anything other than pure animation. That’s how good a job the team has done to create this sumptuous looking film.

Check out the trailer here:

It’s a highly stylised story inspired by Japanese folklore, which follows Kubo’s quest to find his father’s magical armour to protect him from the fables that he himself has told to his local villagers. It turns out the stories were real and the villains, including the Moonbeast, are coming to get him.

“What really got me excited about this film was at its emotional core about this boy and his family and what would ultimately become his surrogate family,” says lead artist and CEO Travis Knight. “And that resonated personally. There’s a lot of me in this movie.”

Laika turned to Stratasys for help creating the puppets and each one is a technical masterpiece. They include the three-foot Moonbeast, the villain of the piece, which is made from 850 individual exterior pieces and 250 internal structural pieces.

A seriously demanding partner with a Hollywood budget meant even Stratasys was able to raise its game and it has made serious headway with its rapid-prototype facial reconstruction.

The star, Kubo, has a choice of 66,000 facial pieces that offer a bewildering 22 million possible expressions. We can only imagine the care and time that has gone in to this film from both Laika and Stratasys, as that attention to detail is bordering on obsession. 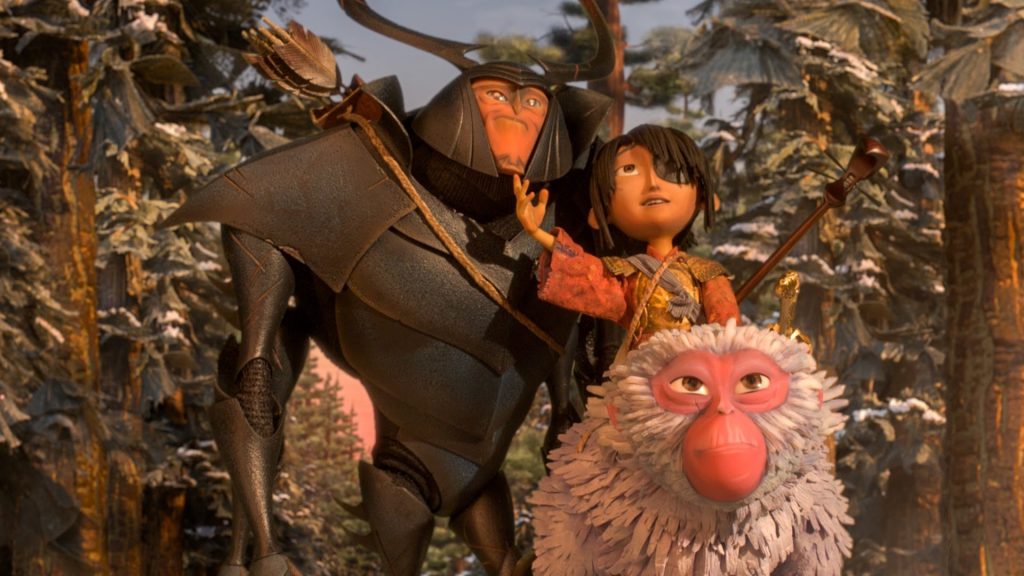 The company is a stop-motion superstar

Laika is an absolute specialist in the stop motion field and previously produced Coraline, Paranorman and The Boxtrolls. In the last film in 2014 it had just 1.5 million potential expressions to play with, so Stratasys has helped it take the genre to a whole new level. What that means for the wider world is anybody’s guess right now, but it certainly makes for an entertaining and breathtaking film.

More than 65 designers worked on the characters and the cinematic backdrops. It’s already being hailed as one of the biggest movies of the year and the buzz is starting to grow.

The Boxtrolls was a smash hit and Kubo and the Two Strings can take the whole genre to an even higher level. It’s going to be epic, just make sure you see it on the big screen and let us know if you can actually see the puppets.