In the run-up to the movie’s release, a collector’s kit for the movie was 3D printed. Protolabs played a key role in the design, prototyping and eventual manufacture of the kit. The Black Panther kit was sent to social media influencers and those involved in the production of the movie. The result was over 10 million impressions across social media platforms including Twitter, Instagram and YouTube.

The case study is another example of how the Afrofuturist aesthetic of Marvel’s Black Panther was made possible with 3D printing. Indeed, several scenes show the influence of 3D printing on popular culture. For example, the instant-fabrication of objects in the movie’s lab scenes seem like a sci-fi take on 3D printing, whilst many costume pieces seen in the movie are 3D printed.

The kit contained five cans representing each of the movie’s main characters, as well as a 3D printed Black Panther mask for the cans, a Samsung tablet, comic books, behind-the-scenes photos, “kimoyo beads” from the film, and a box or “cairn” that folds open to show one of the cans lit with Hi-Light LEDs.

“Much of this kit was inspired by the costumes and characters from the movie. This was an exciting opportunity for us to incorporate new technologies to develop unique textures, graphics, dimensional elements, and lighting to bring the kit to life” said Andrew Phinney, a packaging engineer at PepsiCo. 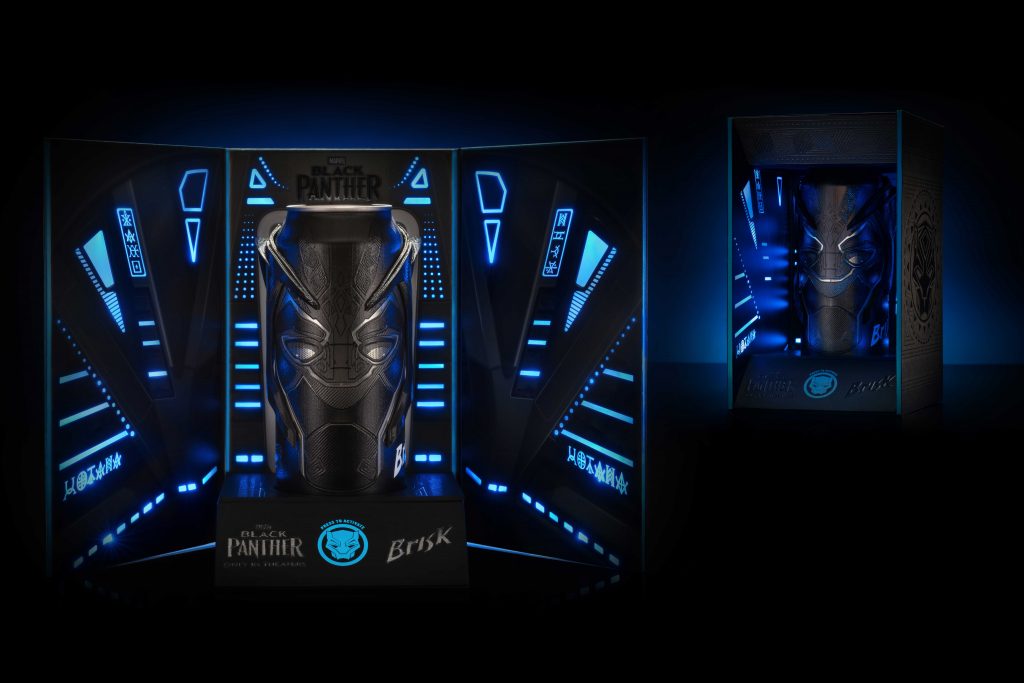 The kit’s complex geometry and a need to produce just 250 parts in total, led the team to 3D printing.

“Given the detailed features on the mask and the relatively low volumes of parts, we knew early on that 3D printing was going to be the most suitable manufacturing process for this project,” said Phinney.

The impression the kit makes when first opened was of particular importance to the team. FDM 3D printers were used in the prototyping stage to ensure the original mask design would line up correctly with the artwork on the can, whilst remaining secured during shipping.

Five 3D printing technologies were considered, including SLS, SLA, CLIP and HP’s Multi Jet Fusion (MJF). Ultimately MJF was used for the kit, Phinney says the technology met all the requirements the team had in mind.

“When we received the Multi Jet Fusion part it was clear that this technology was going to meet the cosmetic requirements we outlined at the beginning of the design process. Not only did the part look great, but it was also the most affordable process among the final three technologies we considered.”

“Since the can was meant to be a collector’s item, we wanted a part that could last 10 to 20 years. While other processes like SLA and PolyJet have high resolution, there was no guarantee that they would hold the deep black color and be able to last for several years,”

The project took six months in total, including market research, design and manufacture. The fast turnaround time and the number of social media impressions achieved by the kit would not have been possible without Protolabs’ 3D printing.

“We needed a supplier that could meet our deadlines and Protolabs provided us with quality 3D-printed parts on time throughout the project.”

“The success of the Black Panther mask not only demonstrates Protolabs’ capabilities but the potential of 3D printing to advance packaging design,” said Phinney 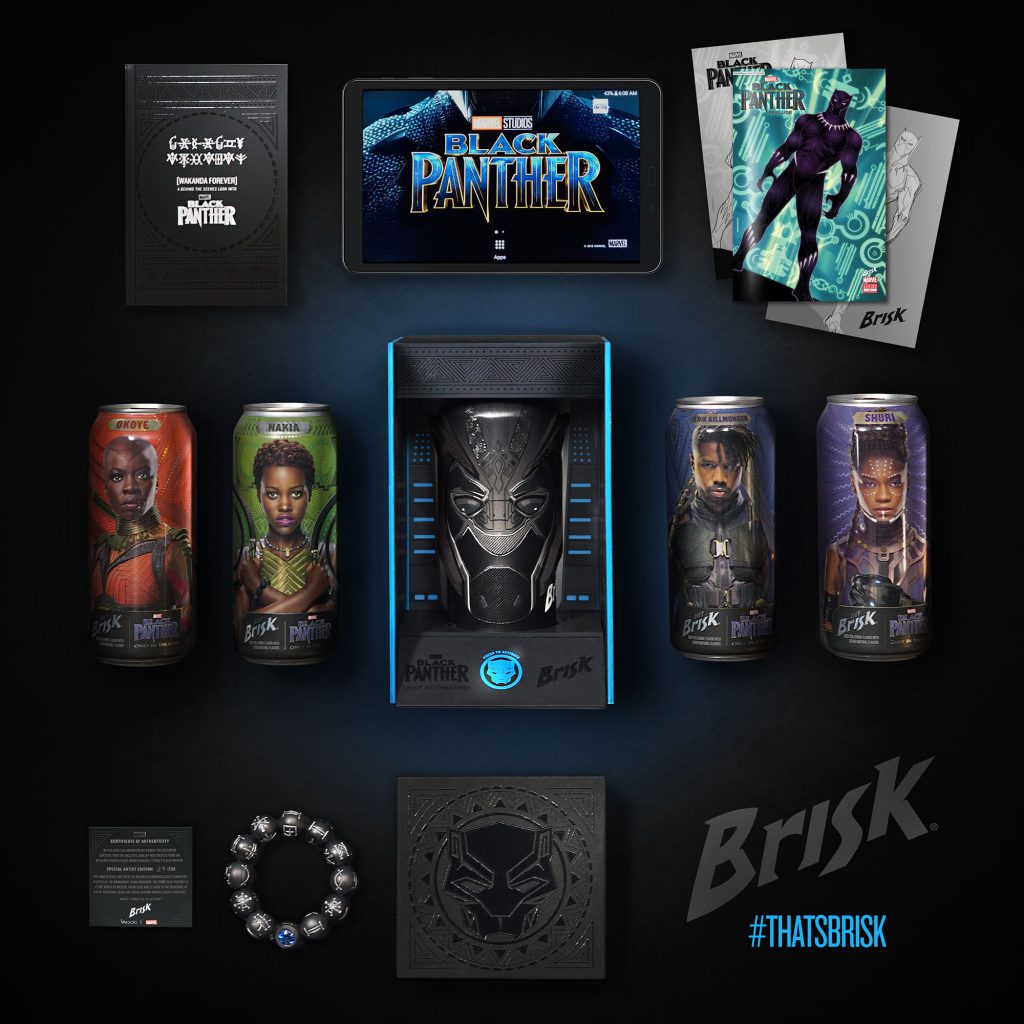 The 3D Printing Jobs board is live. Advance your career in 3D printing or post a vacancy now.