Since the boom of additive manufacturing, the process of 3D printing has already had a deep influence in the way we now design and manufacture assistive devices, such as prosthetic limbs. Though most of these 3D printed prosthetics are structurally sound and aesthetically pleasing, we have yet to witness much technological extensions that would make these assistive devices much more then just a limb replacement. That is, until we heard about Troy Baverstock, a 3D printing enthusiast who is a student at Australia’s Griffith University. Baverstock has used his strong interest in 3D printing to design and manufacture the limbU, a 3D printed add-on for prosthetic legs that is equipped with various sensors to help prosthetic users keep track of their internal and external worlds. 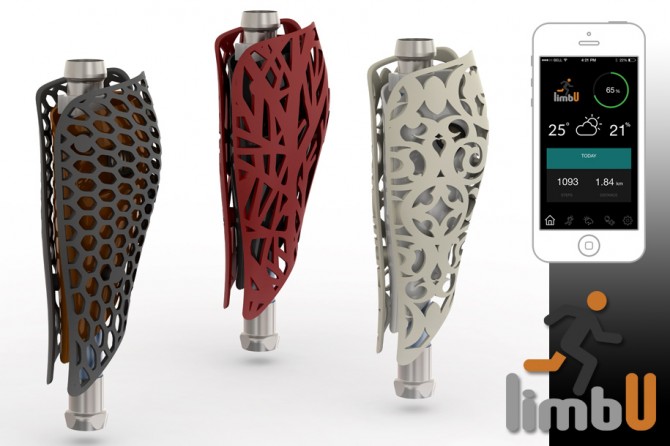 limbU differs from other 3D printed prosthetics in Baverstock’s use of smart electronics. Within the prosthetic, these electronics allow those wearing it to track their personal activity, control their audio system, charge their phone, and use it as a medical diagnostic tool. The limbU connects to a smartphone via Bluetooth in order to track the intensity, speed, and number of steps taken for the day, and also monitors the wearer’s altitude, direction, and GPS coordinates. The motion sensors equipped within the limbU also help keep track of important physician information, allowing doctors to monitor rehabilitation from the information that is collected by the limbU on a daily basis. In addition to these medical features, Baverstock’s prosthetic extension also features interchangeable prosthetic covers and user-controlled lighting to help the limbU wearer to express their mood or match their assistive device with their style or occasion.

Baverstock understands the struggle of identity and physical activity that prosthetic wearers undergo on a daily basis, which is why he designed the limbU as a device that is compatible with everyday activities. The limbU scales well from industrial to desktop printer, which will help make the limbU both affordable and accessible to anyone. Baverstock’s limbU has already made its way to various galleries and 3D printing conferences, including the 19karen and Brisbane galleries, the latter of which was wearable-tech themed. 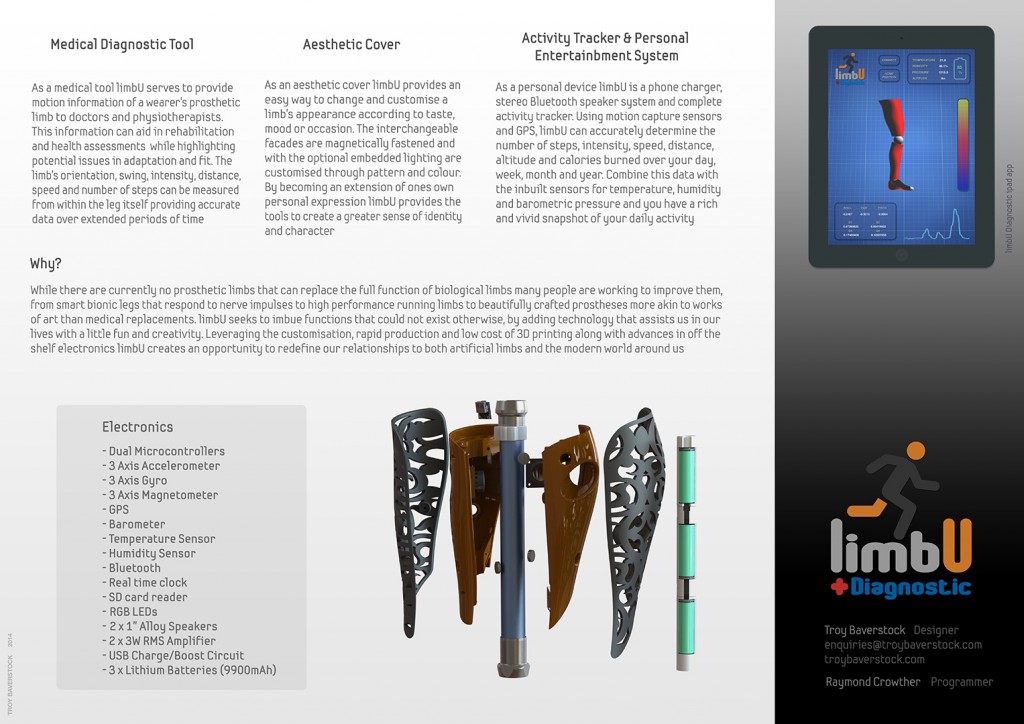 “Through that form and function limbU endeavors to alter the perception of prosthetic limbs in the greater community, fostering an open dialogue of interest, familiarity and acceptance,” says Baverstock. He doesn’t just want to manufacture an assistive device to replace a limb, he also cares deeply about integrating these 3D printed prosthetics with everyday lives and personal activities. Not only does Baverstock plan to replace the aesthetics and functionality of missing limbs, he also wants to improve the physical ability and livelihood of the prosthetic wearer, 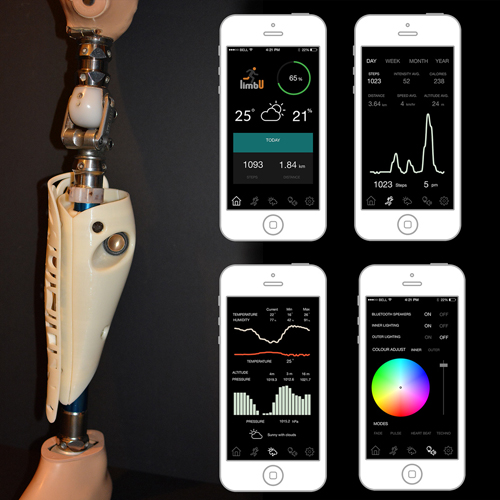