Love Seattle? Why Not Hang a 3D Printed Skyline on Your Wall

The three dimensional skyline of Seattle was printed in grey PLA on a PrintrBot Plus in four individual pieces. The striking wall art is being sold on Etsy for $60.00 and is almost eighteen inches across.

While you can take your pick of marketplaces selling digital 3D models there really aren’t a lot of places to purchase already printed objects. Many of these marketplaces do offer 3D printing services via third parties, however purchasing a digital file and having it printed can often be ridiculously expensive. But Etsy – eBay for crafters – has recently seen their 3D printed range of products expand pretty dramatically as more and more 3D printers find their way into artists homes. 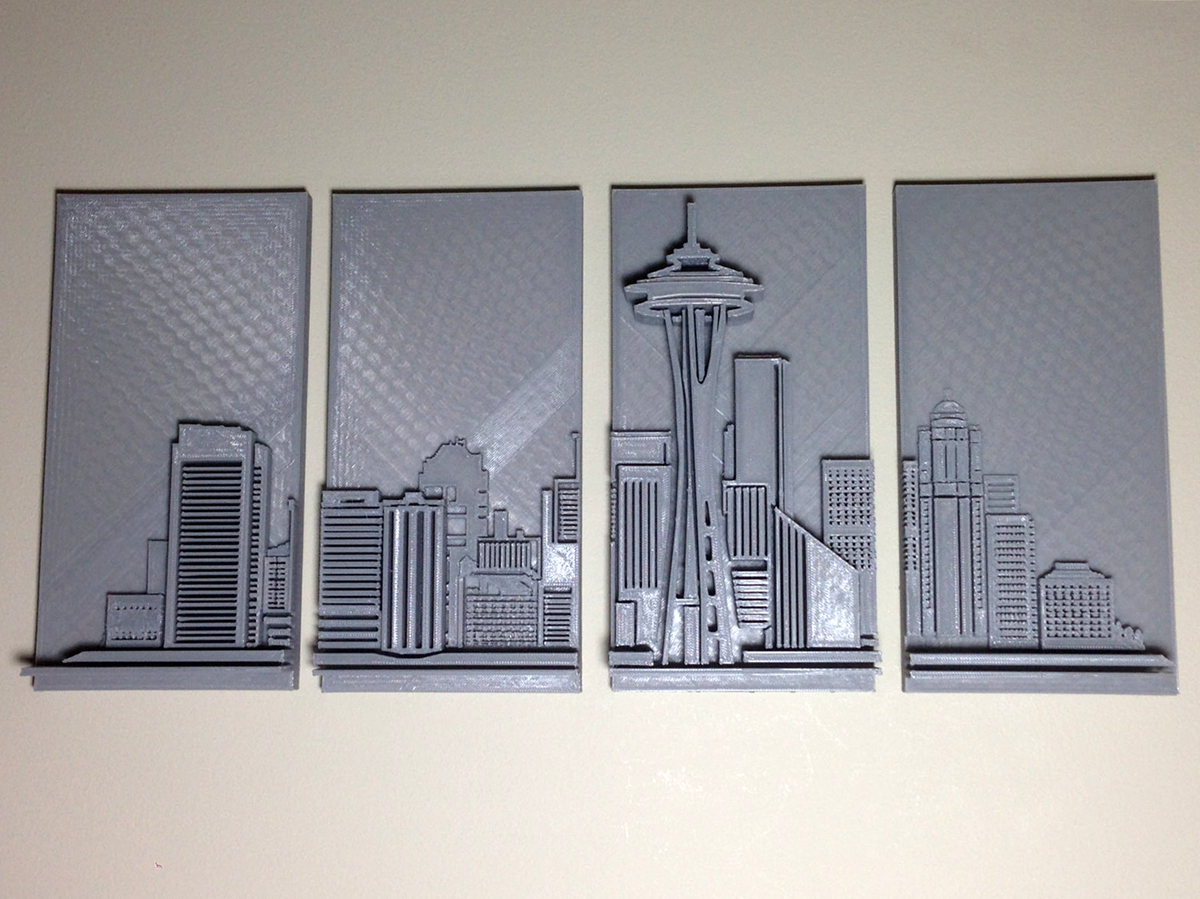 I was curious about who was selling their wares on Etsy, so I contacted user AirForge – his real name is Ben – who recently uploaded his four piece wall sculpture depicting the iconic Seattle skyline for sale for only $60. He told me that the model was designed in Sketchup and printed on his new PrintrBot Plus. Each piece took about four hours to print, however he has two 3D printers, so he had the complete print done in eight hours.

It turns out that Ben is new to 3D printing, having only had a printer for about four months, however he said that he’s been using it almost daily. Calling himself a serial printer, Ben has been bitten by the 3D printing bug hard. He’s even working on designing his own custom 3D printer that will have only the features that he wants. 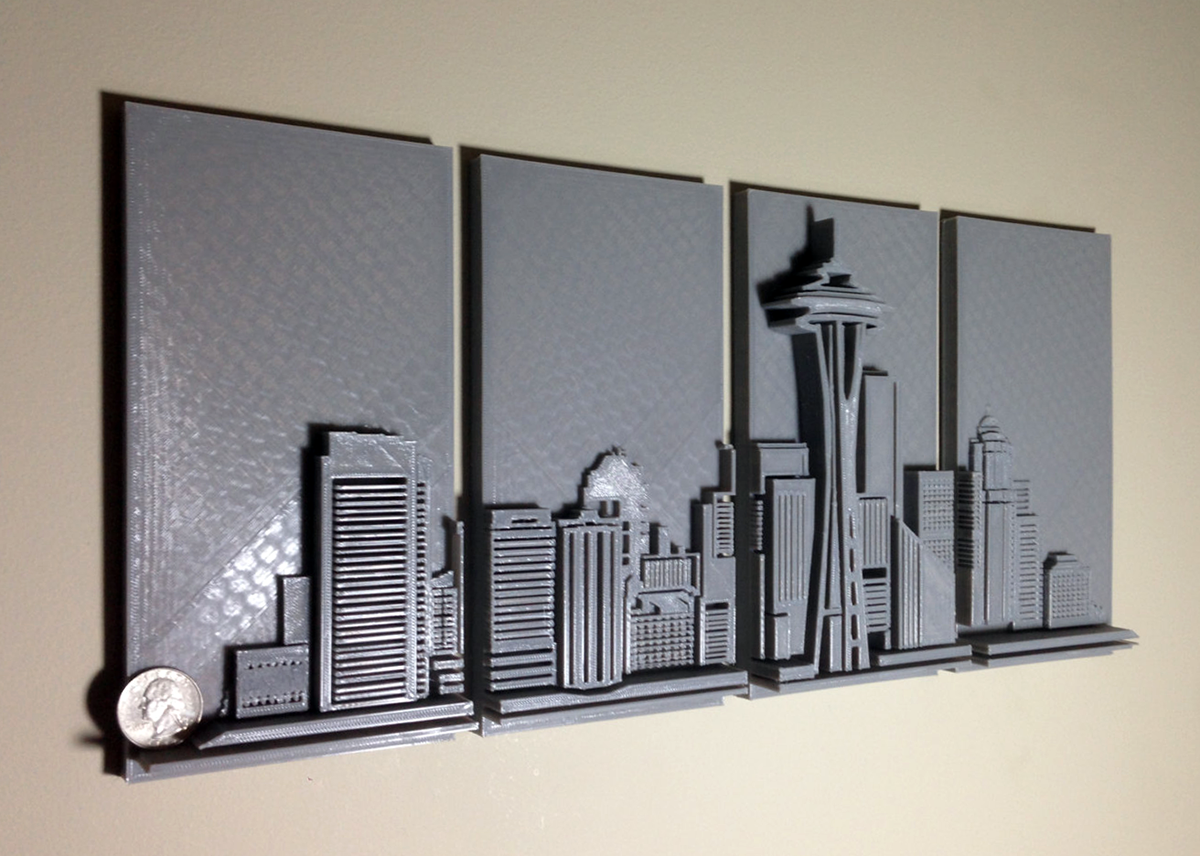 “I’m an avid believer in the amazing opportunities that 3D printers present, and truly believe that they will be a product that will the facilitator of the next technological revolution.”

Each set of four wall plaques come in gray PLA and are completely unpainted. While I think they look pretty cool bare, I would personally probably paint them black and use a dry brush painting technique to make the corners and edges pop. The beauty of PLA is how easy it is to paint, and for $60 bucks you can have a pretty striking piece of art on your wall.

0 0 0 0
More on this topicPatient’s Jaw Lost to Cancer and Surgery Is Replaced with 3D Printing
More on this topicIt's Not the Size of Your 3D Printed Destiny Gun Replica...Who Are We Kidding, Bigger is Always Better