A few months ago, while I was working on an article on home 3D printable insoles from Gyrobot, I found out that Spanish flexible filament maker Recreus had begun working on a new extruder specifically developed to make 3D printing with Filaflex easier for everyone, especially those with RepRap 3D printers. And, so, I immediately contacted Ignacio Garcia to find out when the new extruder would be coming out and he promised that he would let me know as soon as it was ready. 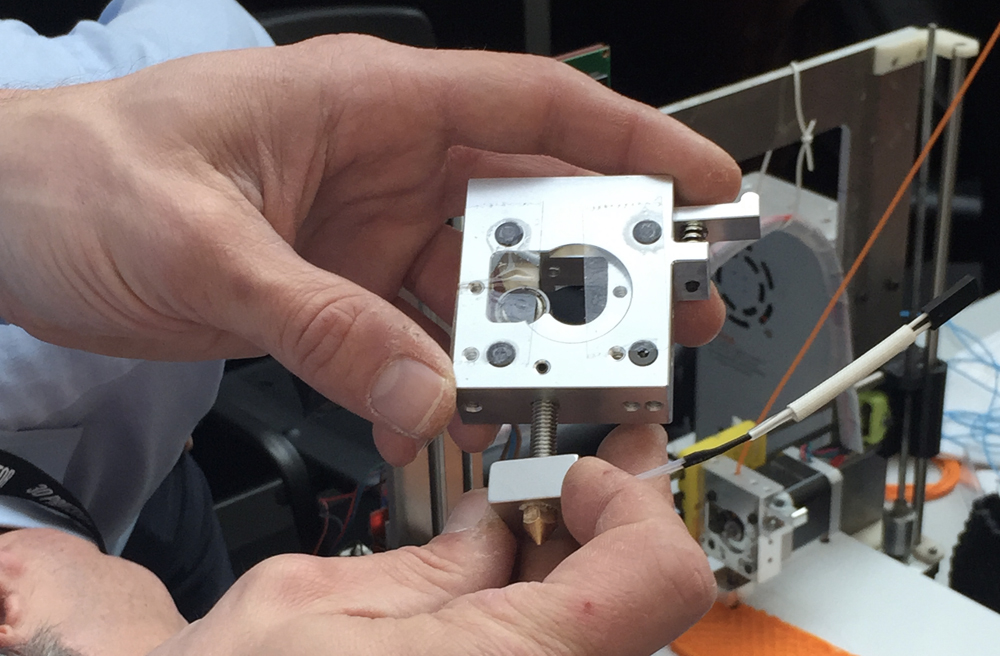 I then caught up with Ignacio in Madrid, and got to see the extruder in person, but wanted to wait until it would actually be available on Recreus’ new website before reporting on it. Well, that moment has finally arrived: the new extruder is out and the Recreus website has been completely redesigned to fully reflect the excitement around the possibilities offered by Filaflex rubber filament.

The new extruder is available and priced at €99.22. It has been designed to print with Filaflex and other flexible filaments at a reasonable speed (not often possible with flexible filaments in the past). Recreus says that they have reached top speeds of 100 mm/s with 0.15 layer height, while normally they print at 70mm/s with 0.25mm layers at 225-245 ºC.