One benefit that 3D printing technology has to offer us is the ability to be more self sustainable. Materials such as polylactic acid (PLA), which is a biodegradable thermoplastic polyester, are helping Makers to be both creative and environmentally conscious at the same time. PLA is derived from plant-based matter; corn starch, sugarcane, and tapioca can all be utilized for compostable 3D printing filament. That’s exactly what Italian design company EuroCompositi has used to create the 3D printed Bhulk mountain bike frame prototype, also known in whole as the AENIMAL project.

The Italian design studio was created by senior engineer Marco Genovese in the city of Padua, offering design services that focus on aesthetics and shapes, with functionality implied as well. But the AENIMAL project is probably their most ambitious project to date. Using the plant-based PLA to create an energy efficient mode of transportation, the Bhulk mountain bike frame certainly deserves some recognition for doubling down on environmental resourcefulness. 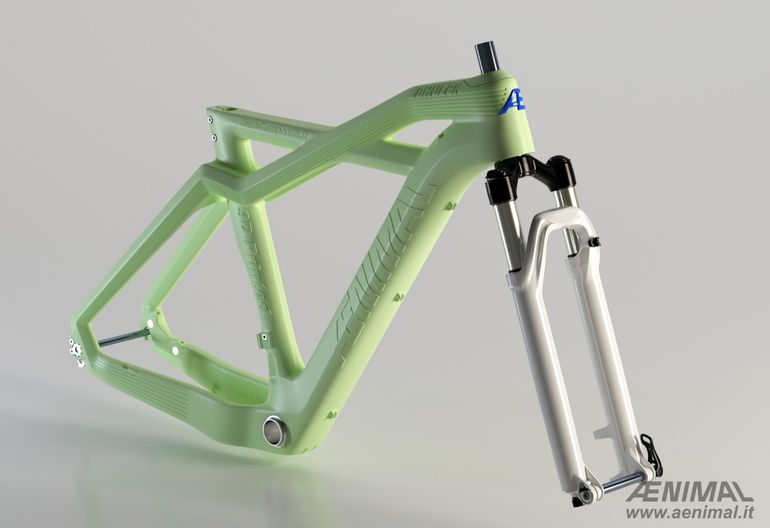 And recognition is precisely what EuroCompositi got at the 2015 Eurobike Awards in Friedrichshafen, Germany, where they were named as one of the winnerS of the innovative bicycle competition that is now in its 11th year. The Eurobike Awards is one of the most prestigious events within the bicycle industry, featuring over 500 products that are judged by the six experts that sit on the panel. The judges praised the AENIMAL project in their statement, “we’re presenting this innovation with an award because its technology is so visionary that it could revolutionize the way bikes are customized and manufactured.” Thanks to the combination of compostable material with the design-driven minds of the team, EuroCompositi was able to design a bike frame that was not only 3D printed with the environment in mind, but also with style and functionality, too. 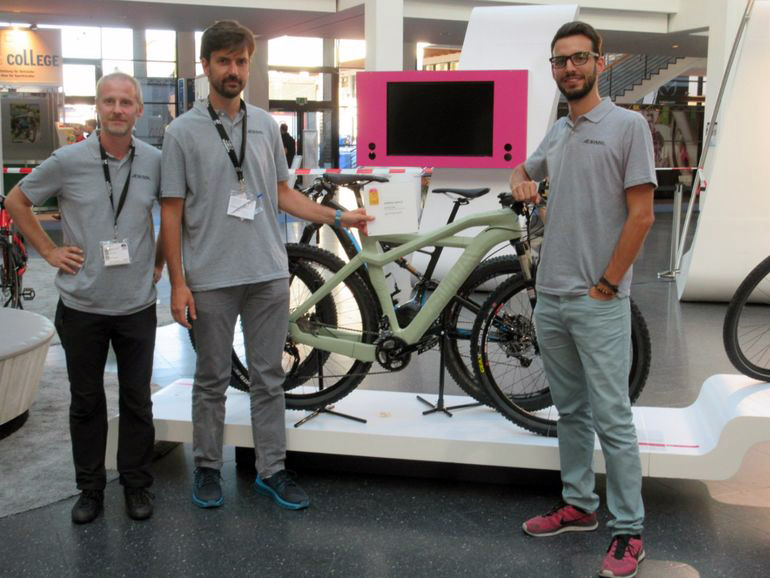 According to the company, the PLA material is loaded into “a special CNC machine” outfitted with a fused filament deposition extruder, which allows for complexity and limitless the in shape of the 3D printed bike parts. This gives the sustainable bicycle frame a moulded look, sleek and modern in its design. It has a smooth rendering and natural green color that makes it look like Earth designed this bicycle frame itself. Aside from the compostable nature of the bike frame, the PLA filament used by EuroCompositi utilizes much less energy than other prototyping materials, and, on top of that, the AENIMAL project manufacturing facility is reportedly solar powered.

The Italian design company is truly keeping the environment in mind for every step in the construction of the Bhulk mountain bike frame. It should be noted that the AENIMAL project is currently in the proof of concept stage of manufacturing with no commercial release planned as of now, but EuroCompositi is definitely helping to pedal us toward a more sustainable life, leading the way in 3D printing with functionality and resourcefulness in tow.