One Gun & Three Ways to Make it – A Ghost Story

Once upon a time there was a drill press, a 3D printer, and a CNC mill. A journalist came along and decided to use all three machines to find out how easy or difficult it would be to make himself his very own gun. Not a proof of concept type of gun, but a real, fully functional, AR-15.

Long story short, he did it. And it was rather easy. It’s still to be seen though, if everyone lived happily ever after. 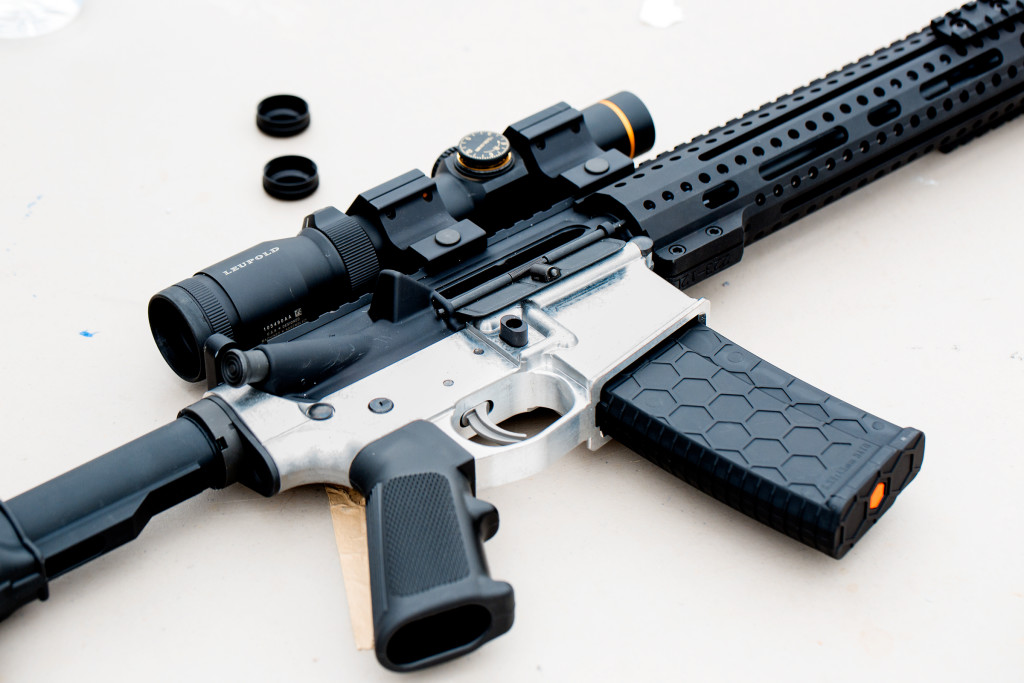 What Andy Greenberg of Wired attempted and succeeded in doing, presumably within the laws, is an eye-opening, pupil-dilating story of a determined man, with “virtually no technical understanding of firearms and a Cro-Magnon man’s mastery of power tools“, who made a ghost gun. A ghost gun is one which has no serial number, one which cannot be traced to its origin of manufacture. Basically, as far as law enforcement is concerned, it’s a gun that’s come out of nowhere and doesn’t really ‘exist’.

If you’re thinking he made the entire gun from scratch, he didn’t. He bought most of the parts online without disclosing any identification or information beyond a shipping address. Surprisingly, these parts are subject to ‘nearly zero regulation‘. But the one part that is highly regulated and subject to stringent US gun control laws is the lower receiver. You can buy all the other parts and assemble them but you are no closer to having a working gun than before because the lower receiver is what makes the gun. As Andy explains,

“It’s the essential core of a gun: It holds together the stock, the grip, the ammunition magazine, and the upper receiver, which includes the barrel and the chamber where the cartridge is detonated…Like the frame of a bicycle or the motherboard of a computer, it’s the nucleus of the machine around which everything else is constructed.” 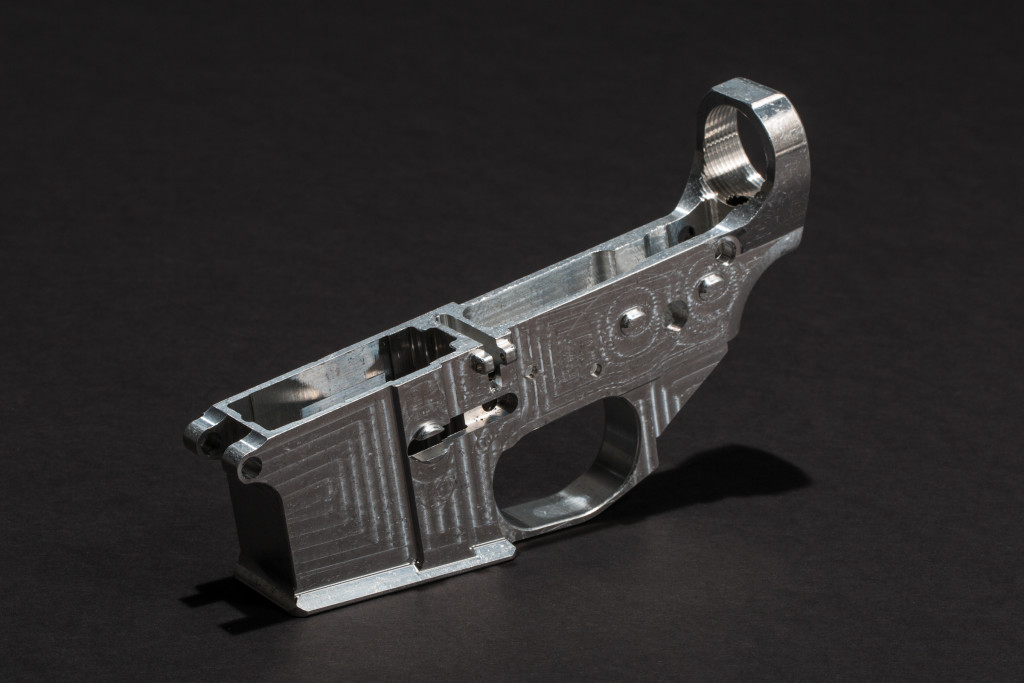 The lower receiver is also the part that carries the all important serial number. This is because while all other parts could be replaced due to operational wear and tear, the lower receiver remains. The loophole here is that if you can make your lower receiver, you can make a ghost gun. As Andy found out, there is another convenient loophole that allows you, if you have the know-how, to make the receiver. The same place that sold him the rest of the parts, also sold him an ’80 percent lower receiver’. This lower is only 80 percent made, even though you would still have to drill a few holes and carve out a cavity for a trigger well to make it functional (easier said than done), so it essentially avoids regulatory control. This was the challenge for Andy, to take the 80 percent lower receiver and fill in the 20 percent, using either a drill press, a 3D printer or a CNC mill.

“Machining the last 20 percent myself with a CNC mill or drill press would allow me to obtain a gun without a serial number, without a background check, and without a waiting period. I wouldn’t even have to show anyone ID. Law enforcement would be entirely ignorant of my ghost gun’s existence; …they (ghost guns) haven’t been outlawed; buying or selling a ghost gun is illegal, but making one remains kosher under US gun control laws.”

He tried to use a drill press, rented for $250, to finish the 80 percent lower receiver. Being no expert, he struggled with it and finally gave up when his receiver began to ‘resemble the surface of the moon’ more than a completed lower receiver. He then moved onto a more modern maker tool, a 3D printer – the $2800 MakerBot Replicator to be specific. If it was easy to buy an 80 percent lower receiver online, it was even easier to find a 3D printable file for a complete AR-15 lower receiver. He simply downloaded it from the ‘physibles’ section on The Pirate Bay. The file, one among several gun part files, was made in 2013 by Defense Distributed, creators of open-source firearm designs or wiki weapons, infamous makers of the first fully 3D-printable gun – the Liberator. Having downloaded the file in minutes, Andy 3D printed a reinforced 100 percent lower receiver in about nine hours. His print wasn’t perfect, it wasn’t the ideal solution but before you scoff at the fact that this was made in thermoplastic, consider that such 3D printed lower receivers are still ‘capable of firing hundreds of rounds’. 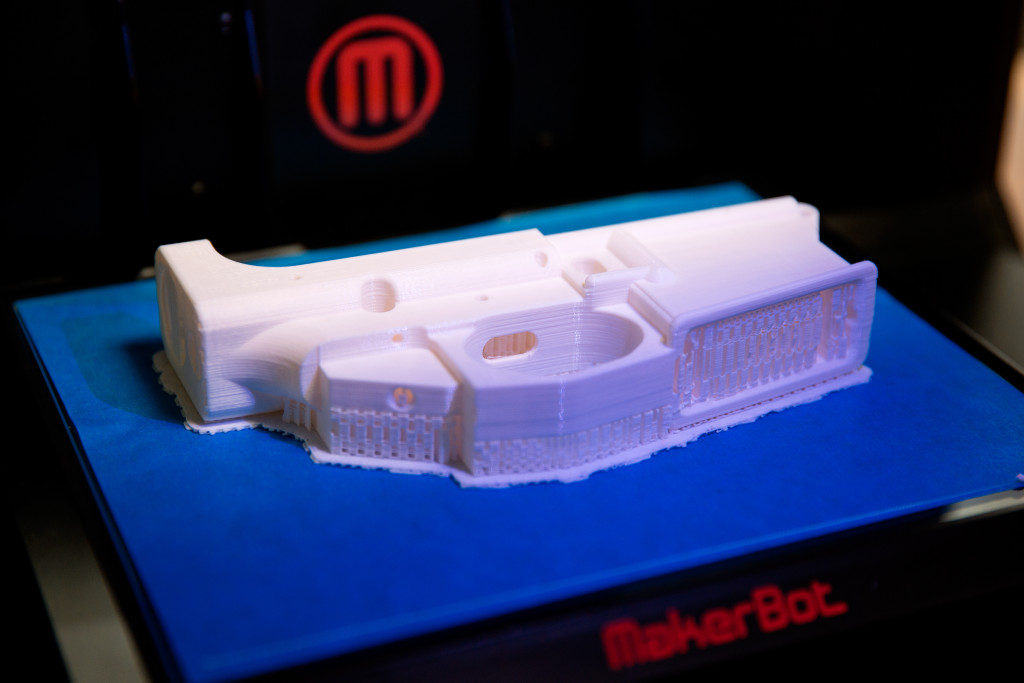 His next machine was made by Defense Distributed and this is where his ghost gun truly came alive. Using the $1500 Ghost Gunner, a general purpose CNC mill built to make gun parts, Andy the journalist navigated the ‘absurdly easy to use’ machine and its software, loaded a cutting instruction file from a USB provided by Defense Distributed, and made himself a 100 % lower receiver in metal in a matter of hours. 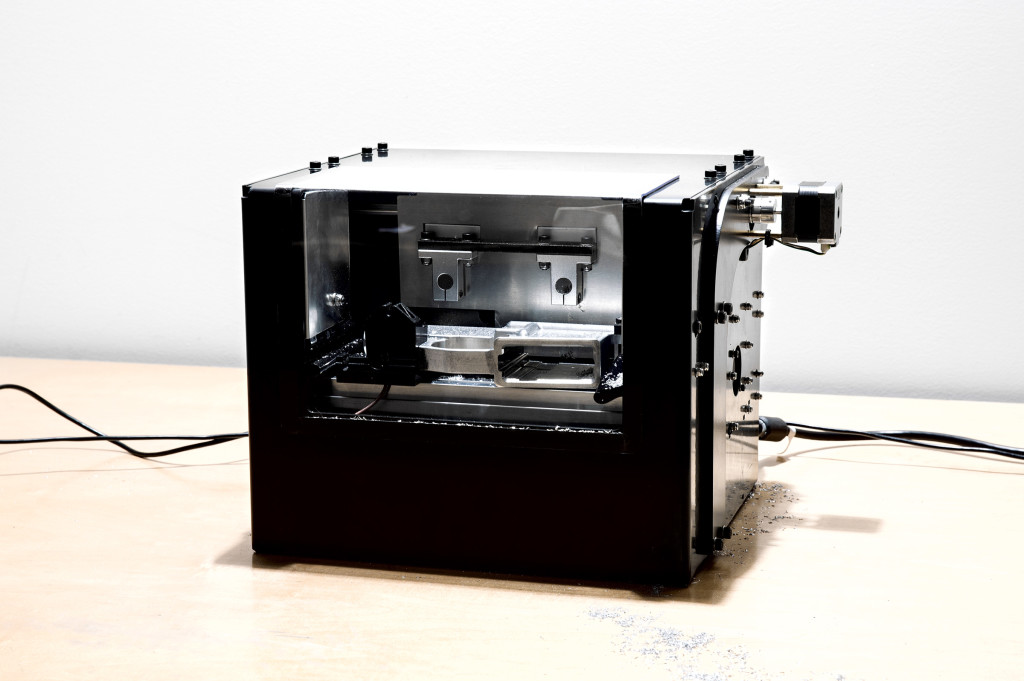 A gunsmith Andy sought approval from, before he assembled his AR-15, said of the Ghost Gunner-made lower receiver, “It’s safe to assemble, safe to fire. Yes, you could put this together and it would be ready to go.”

This was the point where Andy fully realized what it meant to actually make a functional ghost gun.

“I looked down at the fully built rifle and something in my brain shifted. I realized that the abstracted parts I’d been fiddling with had turned into an object capable of killing someone. My lower receiver had transformed from a “gun” in a legal sense to a “gun” in a very practical sense.”

He visited a nearby shooting range and used his ghost gun to fire hundreds of rounds, accurately and without any significant problems. His story was complete and the ghost gun was real. Even though it may not be difficult to purchase an AR-15 in the USA, his experiment proved that nearly anybody can make themselves a fully functional and untraceable gun, anywhere in the world. They just need to know where to look, and yes, maybe a Ghost Gunner too.

Having used three machines to experiment, Andy had three lower receivers, essentially, three ghost guns in his possession. If you want to find out what he did with them, and how his story ended, you can read it all here.

He sums up his journey from beginning to end with a twist to the rifleman’s creed. He began with pride in his sense of achievement – “This is my ghost gun. There are many like it, but this one is mine.”, but left us with an ominous prediction of the kind of future we might be heading towards – “This ghost gun was mine. But there will be many like it.