Monstermatic: Monster in My Pocket Revived for the Web 2.0 Era

Okay they got me. I would totally fund a Kickstarter campaign for a company that wants to make 3D-printed monster customization a reality. I would do it! Because I love monsters.

Monstermatic is a 3D printing iPhone app that, while not an original concept, allows you to tweak a creation by manipulating a variety of parameters, but in the case of Monstermatic the creation that you are tweaking is, well, a monster. At the current moment, the Monstermatic team has 10 monster designs with five swappable parts each and the size and colour of each monster can be altered. After you alter the parameters of your monster, swap parts, etc., you can have a 2 inch figurine printed and sent to you. But what the Monstermatic team needs this Kickstarter money for is to purchase the software licenses for Unity and Maya and to perform more tests to ensure the printability of every combination of monster parts. In addition, they hope to use the money to develop their software for multiple devices and to even buy their own 3D printer so that they have more control over the manufacturing process. Other stretch goals, if reached, will make their software more engaging and interactive by utilizing better sound effects, music, and augmented reality. 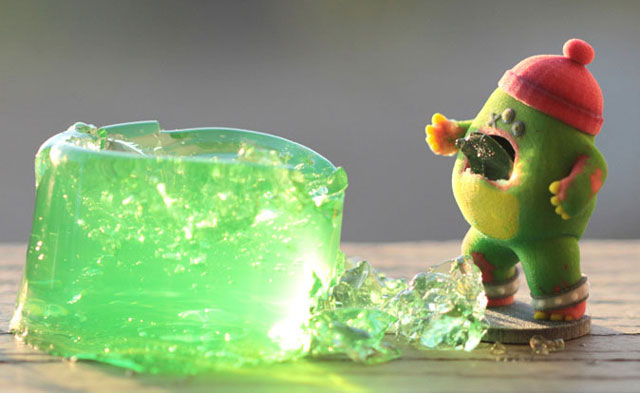 This seems like a brilliant app to me. Though the whole “game” seems to just involve customizing monsters, I believe there’s potential to make the app even more compelling and interactive with levels, objectives and bosses that rely on AR. With the social networking aspect of Monstermatic, users will be able to share and brag about the monsters they’ve created.  Especially if the developers are able to incorporate user uploads so that players can personalize their ghouls even further with their own photographs and designs.  And, if they open up their app to outside developers, giving users a chance to develop their own parametrics, then Monstermatic has even more potential to catch on.  Here’s the video for more info:

I don’t mean to gush about the monsters, but monsters hold a dear place in my heart. When I was a kid I used to collect all sorts of monsters. There was, first, My Pet Monster, and, then, Creepy Crawlers and Mad Balls. But my favorite monsters of all time were a line of tiny, rubber figurines called Monster In My Pocket[1].

Every monster, and there were many, came in a bright, neon colour that could only have been invented in the 1990s. I did my best to collect every solid-coloured creature and the multicolored monsters where some of the most sought after monsters in the entire line. But the most coveted of all was a one-of-a-kind mutant that you could only get if you purchased the Monster In My Pocket video game for Nintendo. Not unlike the special edition gold monster that Monstermatic is giving away to $8,000 donors. Unfortunately I lost that one-of-a-kind beast on an airplane when I was about nine years old. I cried and cried when my parents relayed that the airline reported that it was nowhere to be found. 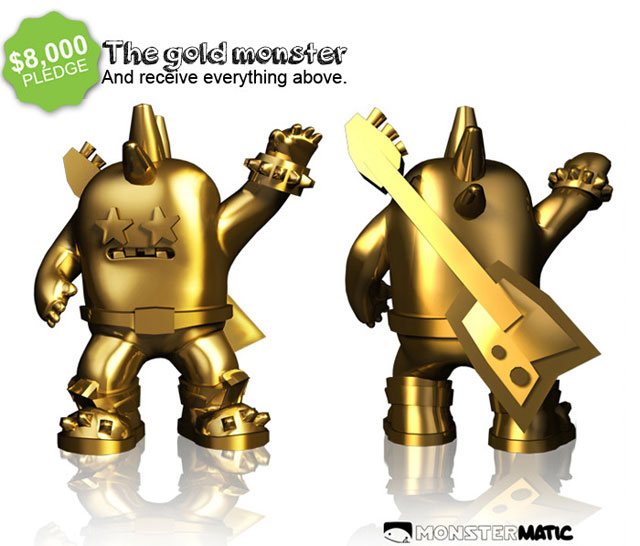 So, to me, Monstermatic is a chance to reclaim that missing monster that I lost. The one that vanished that day when I learned that I had to become an adult.

[1] Somehow, there was a lot less oversight in the 1990s about how kid’s toys were marketed and lot of adult jokes were embedded into products for younger audiences.