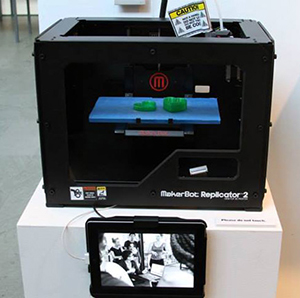 I’ve always wondered if having more access to technology in high school would have made me a better student. I got A’s and B’s, mind you, but I just wasn’t that into learning. I didn’t see the point!  Strap your jealousy hat on, Mike, because 19 lucky New York high schoolers had the opportunity to experience an education most awesome, this summer.

For the past two months, the Museum of Modern Art (MoMA) in New York has been hosting a summer course called “[email protected]: 3D Printers and Artistic Hacking” as a part of their In the Making program. Teens aged 13-19 have spent this summer using 3D printing in order to, as MoMA puts it, “explore ideas surrounding artistic hacking and the creative use of digital tools in the process.”  As part of the program, the students had access to a number of local technology providers, including Makerbot, Eyebeam Art + Technology Center, and Shapeways. 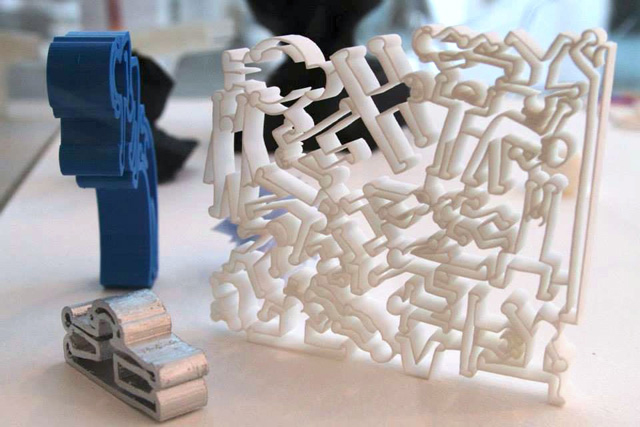 In addition to a visit to the BotCave, home of Makerbot, the New York teens were given a chance to tour the Long Island factory of online service provider, Shapeways. With the help of Shapeways and Eyebeam, the students were instructed to “hack” their favourite piece of MoMA artwork, giving them license to remix, redesign and rethink such famous works as those of Keith Haring, seen above, or VanGogh, seen below: 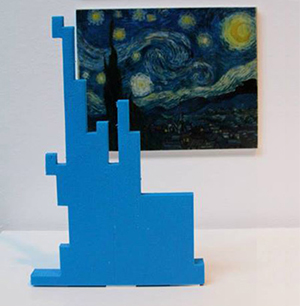 Finally, the work will be exhibited in the MoMA Education Center for proud parents to gloat about until September 19th. And they’ve got plenty to gloat about and so do their kids! I wish that, when I was in high school, I had had a printed rendition of Starry Night displayed in MoMA as a demonstration that I understood the fact that art is a historically dependent concept that changes as the technology that creates it does and, therefore, a remix is nothing but an homage to the previous work of artists that simultaneously causes us to reimagine the world around us.  But, I guess, you can’t turn back time. I’ll just have to live vicariously through my own children someday!