Oregon invention shop Cre8tor Industries has launched a Kickstarter campaign for the Axis 8 Inventors Positioning Axis that can be used by makers to create their own 3D printers and other high-tech machines. The self-contained axis has an 8 micron accuracy and has uses for 1D, 2D or 3D applications according to the inventors.

When Cre8tor Industries owner Jim Gray began work on developing their upcoming ceramics 3D printer he discovered that there were very few available options for pre-assembled axis components. What was available was either of sub-par quality or priced well out of a small business’s price range. So he decided to develop his own modular axis system that is completely self-contained and would have a variety of uses. 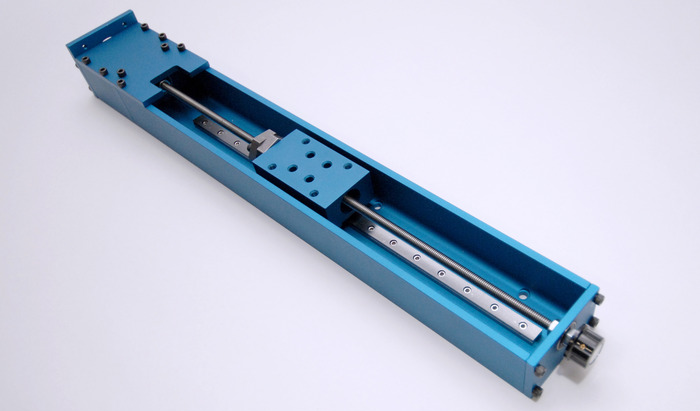 The Axis 8 is a linear rail guided positioning axis that has been optimized for product development. It is available in two configurations, a 13” or a 21” version, each with only 2.5 microns of backlash and an 8 micron accuracy. The Axis 8 component can be used in any application that requires highly precise movements, and they can be combined in multiple configurations.

Here is Cre8tor Industries Kickstarter video where they show off just how configurable the Axis 8 is:

Whether you’re creating a 3D printer that requires fully three-dimensional movements in an X, Y and Z axis or a device that requires only one axis of movement, Cre8tor Industries promises that the Axis 8 will work for all of them. Each axis can be used with either a Nema 17 motor, or a Nema 23 motor depending on which you need. It is compatible with just about any 3D printer software that can export step and direction signals. 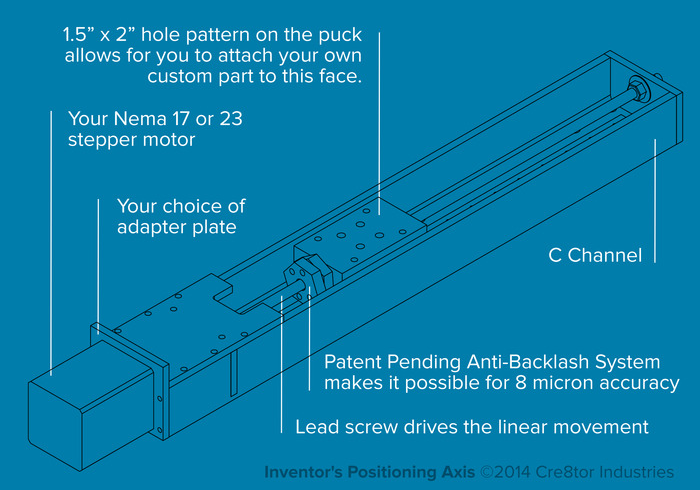 Cre8tor Industries is only looking for $5,000 to fund the jigs and some of the tooling required to put the axis into production, the rest of the assembly will be done in their facility. There are plenty of purchase options starting as low as $150 for the 13” and $205 for the 21” version. They expect to be able to begin production as soon as their goal is met, and all of their early backers should begin receiving their Axis 8 as early as January 2015.

3D printing has already made it easier than ever to create inventions, and with modular and universal components like the Axis 8 that process is only going to become simpler. And this product is likely to have a wide market among the growing numbers of inventors, makers and tinkerers.