Microsoft Paint gets the 3D touch

The beloved Microsoft Paint may finally be getting the revamp it deserves. Videos leaked on twitter demonstrate tools to give 2D drawings a third dimension, bringing things like ‘fish tanks’ and ‘flower arranging’ to life. 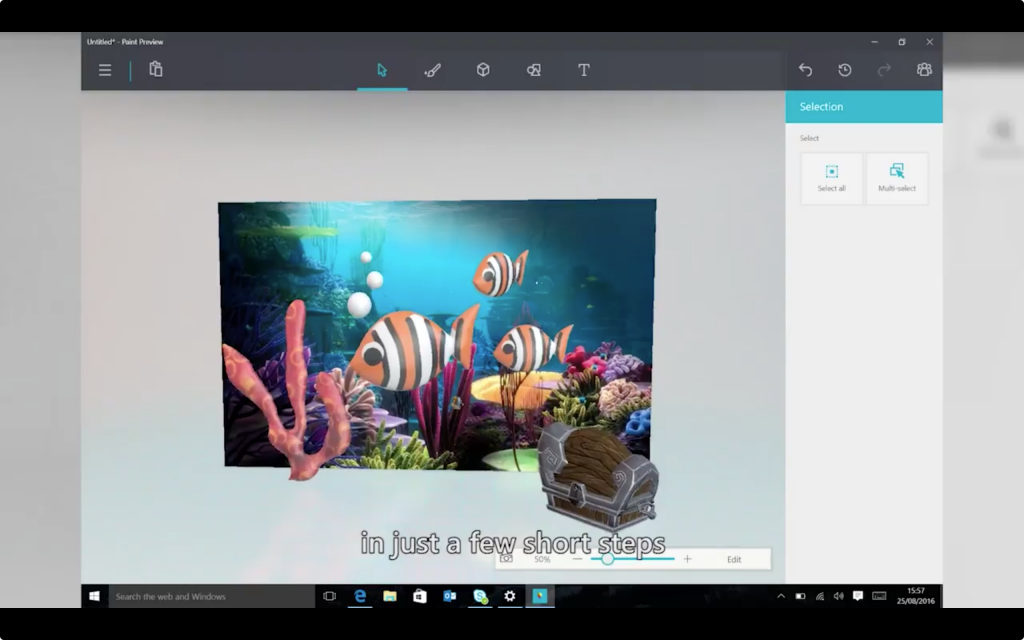 The development has not yet been officially confirmed (or denied) by Microsoft, but it certainly appears to be an interesting move for the software which has become something of a cult classic  since its initial release in 1985. Although the extended capability of MS Paint is still unlikely to make it a challenger in the increasingly crowded world of 3D printing software.

As a user of Windows 98, I remember all the hours spent making full use of the Spray Can and Fill tools – creating pictures that used up all the ink in the school printer. To then think that these ‘artworks’ could have a 3D element makes my inner 7-year-old almost burst out with excitement.

It’s also unsurprising that this leak should collide with the launch of the HoloLens. Microsoft are going to need enhanced applications to makes full use of the HoloLens’ hologram capabilities. Even more exciting to think that MS Paint could be something that you can manipulate in the air in front of you.

One step further, and these 3D Paint creations could also be solid 3D printed models. With Autodesk’s Spark already being integrated into Windows 10 we’re wondering whether Paint 3D might not become a more “family friendly” alternative to 3D render software. It’s another pointer to the idea of a “mixed reality” that is at the forefront of Microsoft current mission for the future.

We’ll be waiting for Microsoft’s October 26th event for more details and to find out whether the rumour is true. At that event Microsoft will be revealing new Surface software which, with its focus on touch screen and digital pen capabilities, makes it a perfect fit for the new 3D MS Paint as you can see from the leaked video below: