Update: I just heard about what happened and what is still happening in Istanbul as I’m writing. It feels even more terrible as I was visiting the same exact locations that were hit by the attacks just a couple of days ago. I am not a geopolitical journalist and I am not fully comfortable writing about issues that are much greater than my own sphere of professional interests. I feel terrible for the present and future innocent victims of these cowardly acts of terrorism that have no goal other than creating fear and thus turning people against each other. I still think – even more so now – that as a portal between East and West, Istanbul is the place to make a stand and start a healing process that becomes every day more difficult.

As a 3D printing journalist, the best part of my job is traveling to meet the people that are making 3D printing more accessible to everyone. Often, they are also the same people that are using the new possibilities offered by 3D printing to actually make the world a better place. My recent – way too short – trip to Istanbul combined all of these, topping it off with the opportunity to be in one of the most beautiful and lively cities in the world. 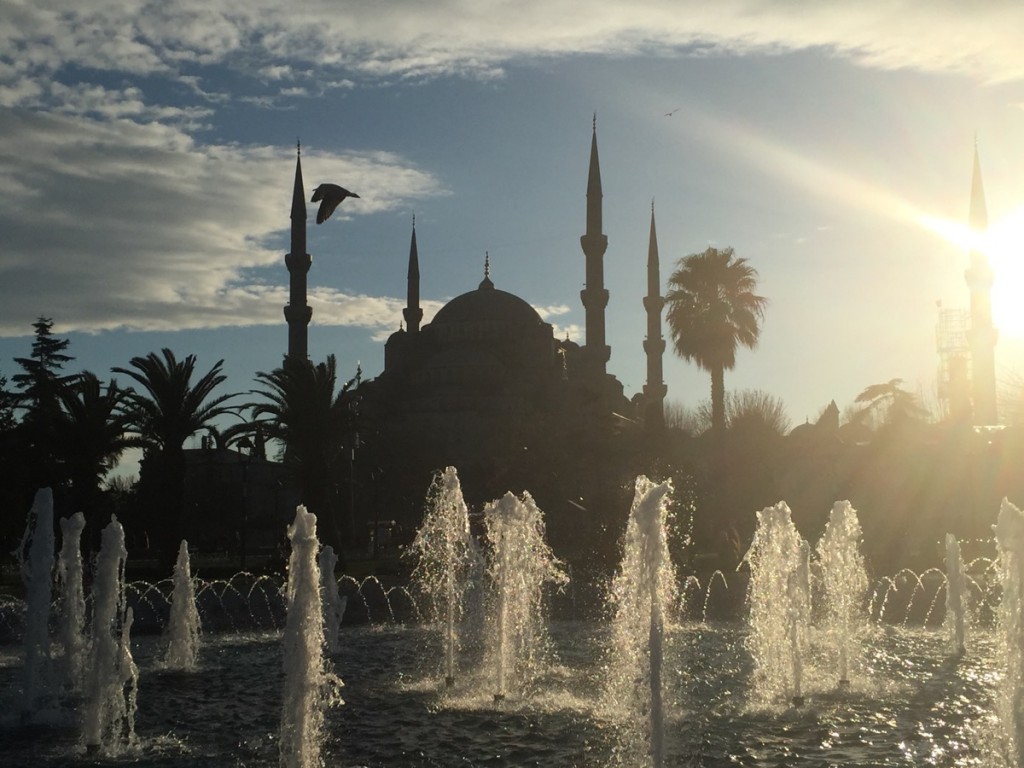 It all started when Paul Fotheringham from 3D Life Prints (a startup that uses 3D printing to provide amputees in the developing world with high quality prosthetics at affordable prices) invited me to join him and his partner Mikey Richard in Istanbul. He was going there to meet with Furkan Bakir, from 3Dortgen, the first and probably the largest 3D print shop and low-cost 3D printing service in the city on the Bosphorus. 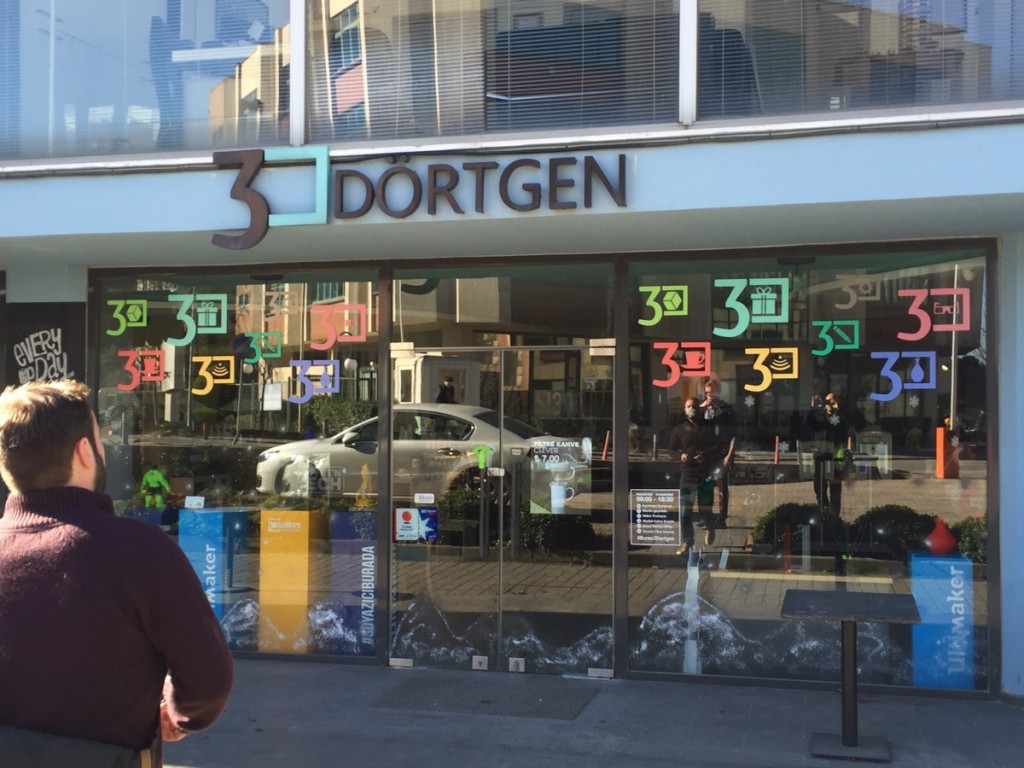 I have known Paul for some time and have followed his company’s progress. However we only spoke through Skype. 3D Life Prints is active in the UK, working with the NHS on medical model pilots for hospitals, and in Kenya, with its prosthetics activities. Istanbul is one of the easiest, large cities to reach from Nairobi and it is also strategic for 3D Life Print’s other 3D printing activities in the Middle East (including a collaboration with Refugee Open Ware, that we will cover more later on).

That’s how we ended up at 3Dörtgen, probably the first and almost certainly the largest 3D print shop in Istanbul. Here we met with Furkan Bakir, the co-founder, who was immediately enthusiastic about 3D Life Prints’ project. I took the opportunity to visit the shop and find out a little more about how it came to be. 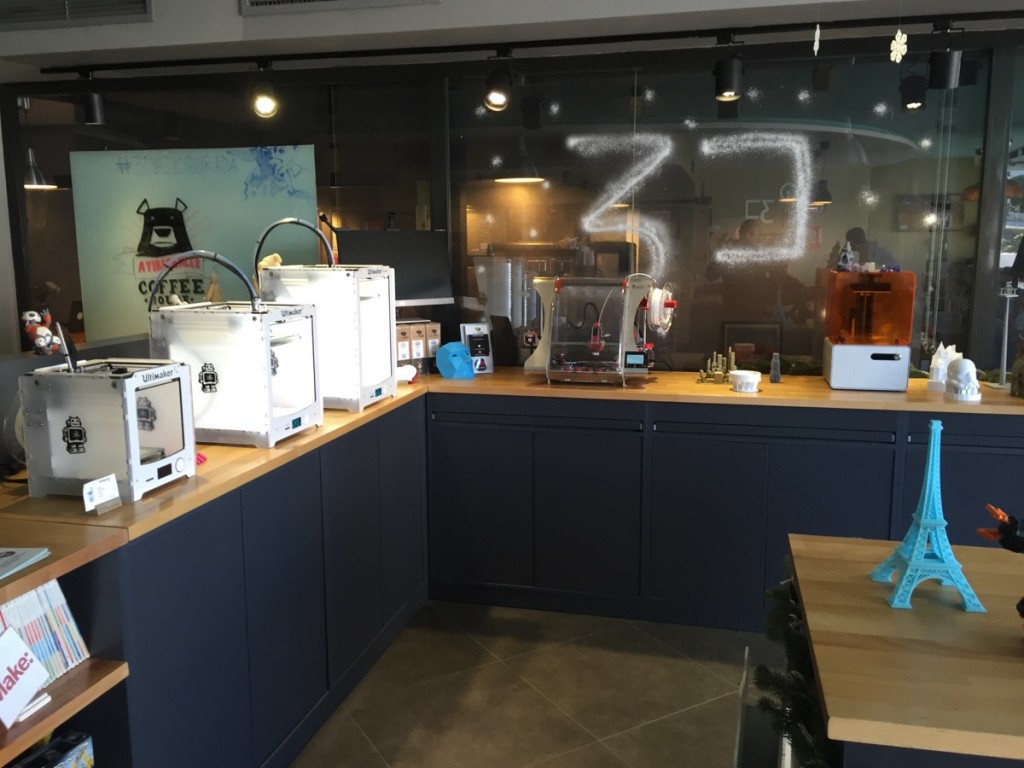 You can immediately tell that 3Dörtgen (by the way, ‘dörtgen‘ in Turkish means a four-sided 2D figure) is the result of the experience Furkan has built up since he got into the business – like many other pioneering entrepreneurs – in 2013. He explained that he discovered 3D printing because of his passion for technology and the beneficial effects that technology can bring to the world.

Furkan’s experience began with a FabLab, but it evolved into a large shop which can offer both educational courses and workshops, as well as a 3D print cafè and a large show floor with 3D printers and filaments. At this time, 3Dörtgen is the exclusive distributor for Ultimaker. All three models were on display and several more are present in the shop to offer 3D printing services. 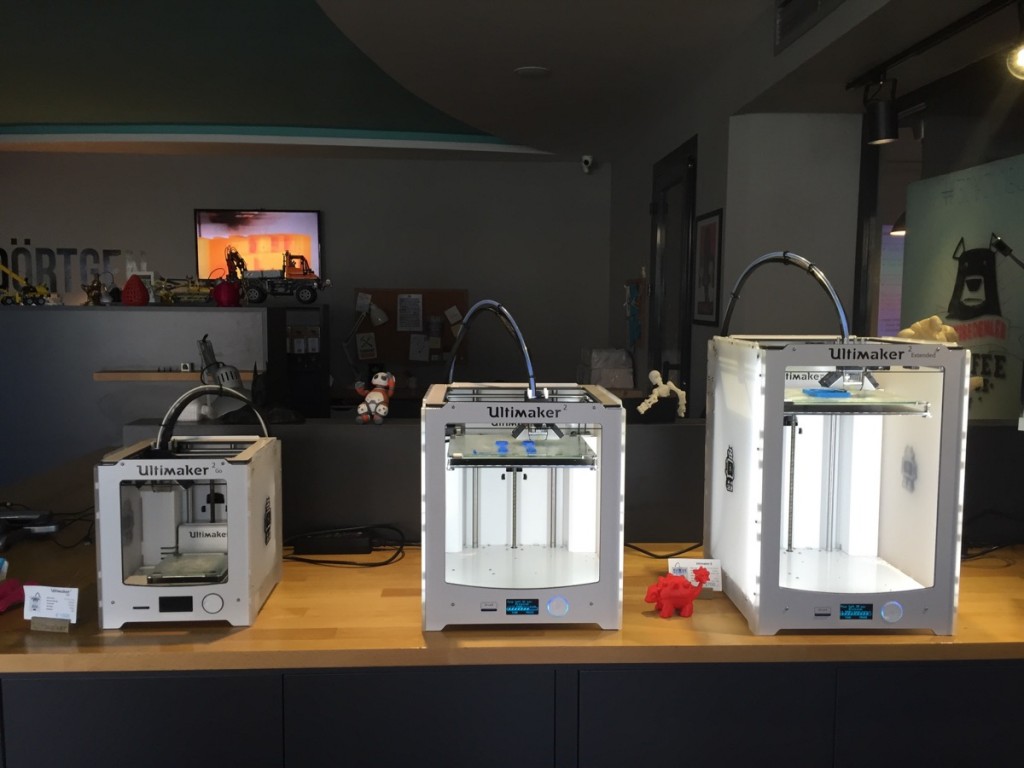 The shop also acts as a distributor for Formlabs and as reseller for Zortrax and ZMorph 3D printers. They also offer Atom deltas and will soon be carrying the N-Series range by Raise3D. Filaments are provided by colorFabb, and the entire selection of colorFabb’s materials is present in the shop. Of course, there also are 3D scanners; the choice fell on Fuel 3D’s Scanify and David 3D Scanner’s SLS-3 laser projection system. 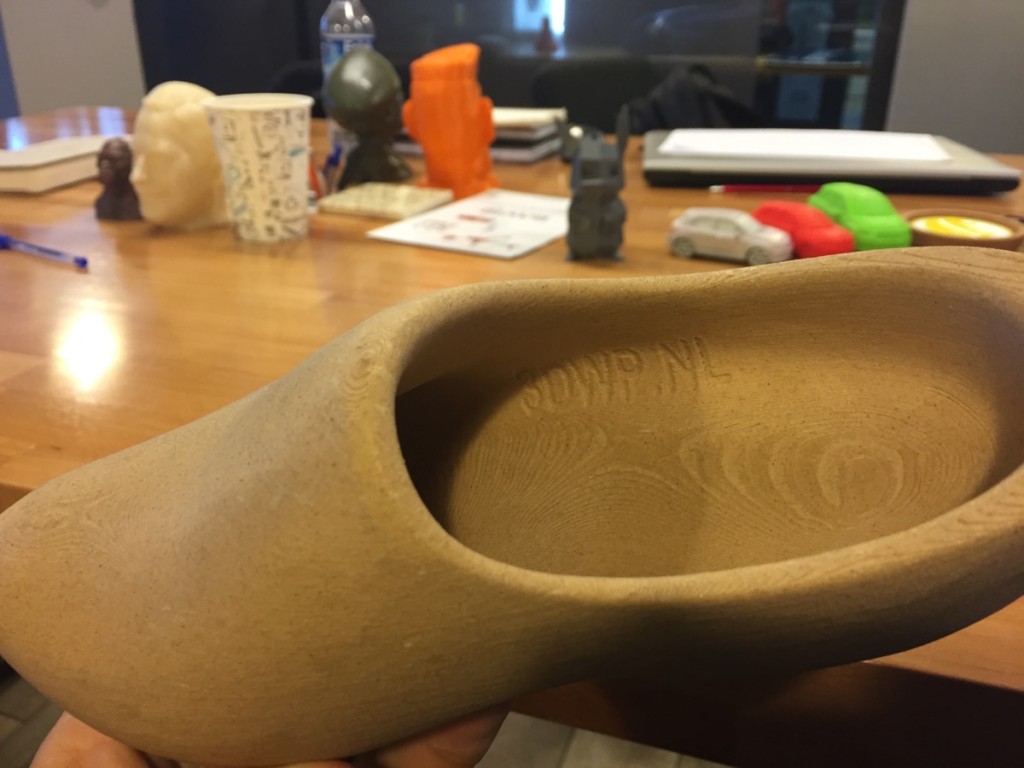 The shop is one of the largest I have seen and it is located in the Asian part of Istanbul. Apart from the large show floor, full of demonstrative prints and 3D printers, there is a large room dedicated to workshops on 3D printing, 3D scanning, and 3D modeling. It is also used for 3D printing service activities. In the basement, there is a large laboratory where customers also have access to a laser cutter. 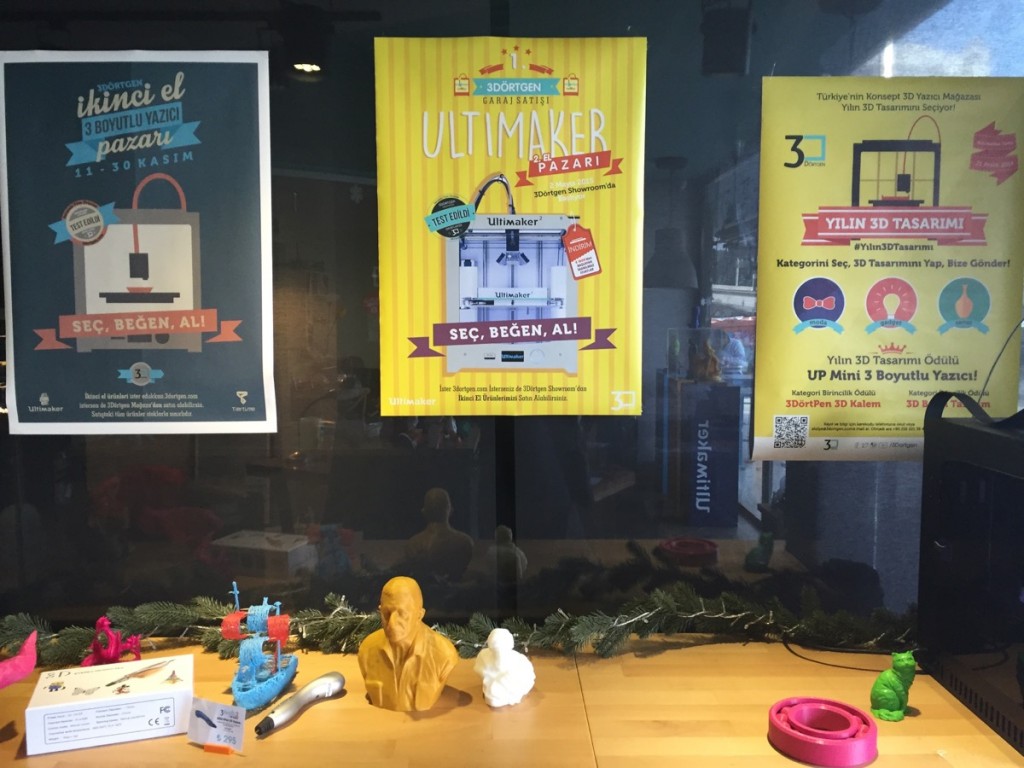 Of course, everything becomes even more welcoming because of the coffee shop present inside the store, which attracts more customers and visitors by providing excellent coffee and snacks. Furkan’s passion for coffee also shines through one of the ship’s “side-businesses”, that is the sale and distribution of the “portable espresso machine”. It has little to do with 3D printing (other than for the fact that I don’t know anyone in the 3D printing industry who is not a coffee lover… or addict); however, it is certainly an interesting device and – as an Italian coffee addict – I have to admit that the quality is totally comparable to that of a Nespresso, which is not bad at all. 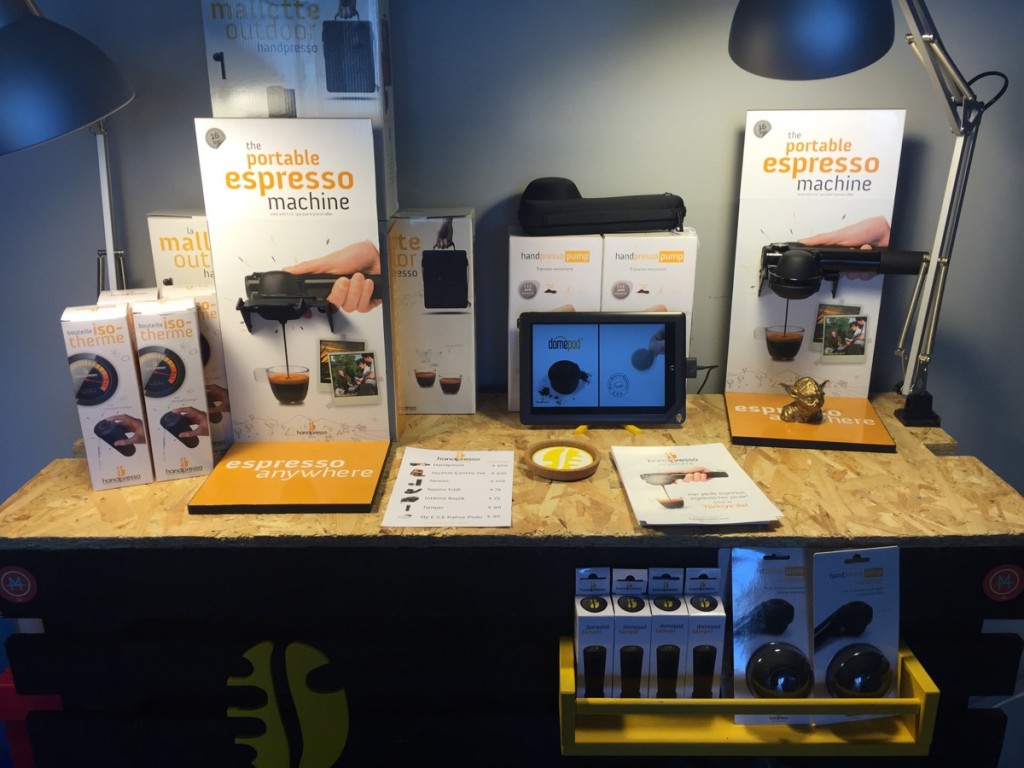 I was really impressed by Furkan’s knowledge of the industry and his ability as an entrepreneur in building up this beautiful shop from the ground up. Even more impressive, though, was his passion and enthusiasm for 3D Life Prints’ new project (which is still under NDA right now). 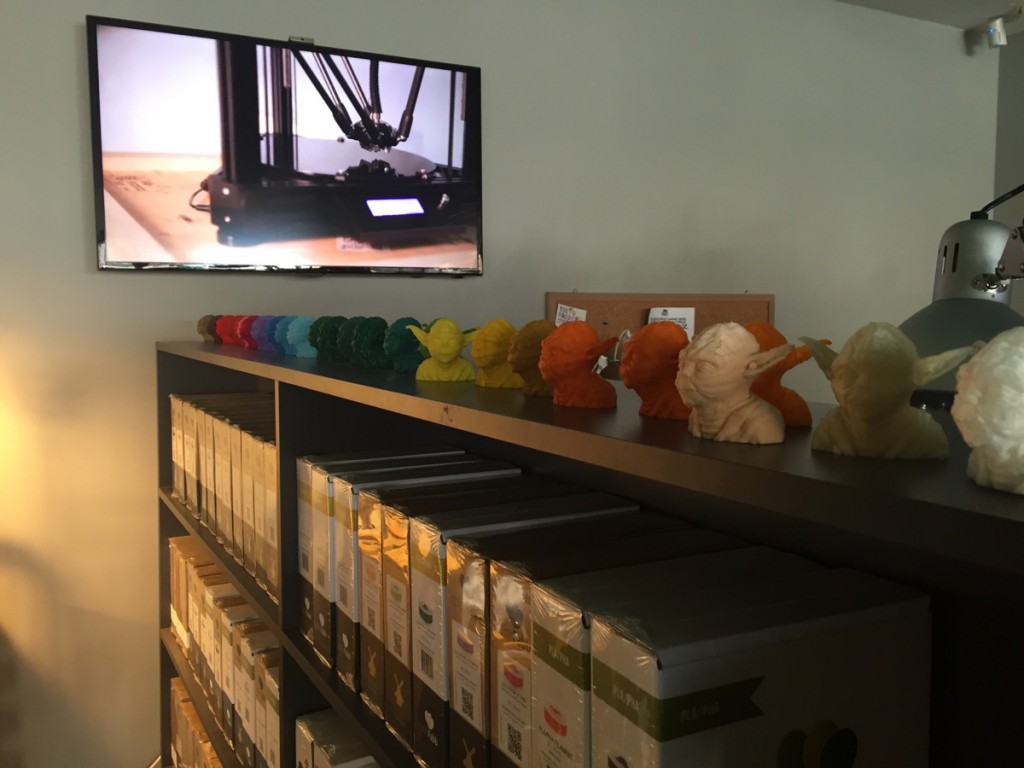 Istanbul is definitely one of the most beautiful, vibrant, and enormous cities I have visited and its location makes it the ideal base from which to launch projects that can help address some of the many problems in an adjacent region, which includes Syria, Iraq and, a little bit further down, Jordan. If there is a place that 3D printing can start its expansion from, it’s 3Dortgen. 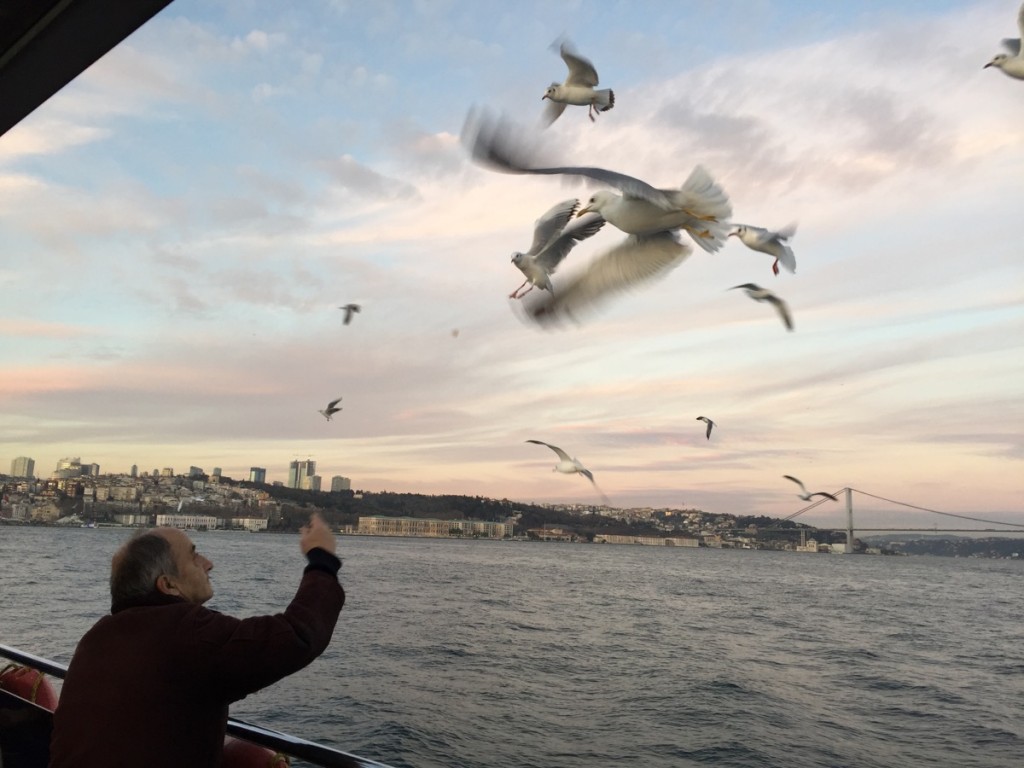