MakieLab Continues to go from Strength to Strength

London, UK based MakieLab has come a long way since it was formed in March 2011 by Alice Taylor and a small team of four. The core business relates to making game-connectable 3D printed toys that can be produced on-demand via web, smartphone or tablet app. 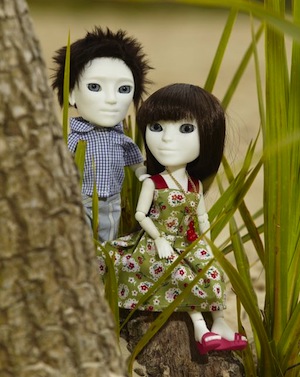 In May 2012 MakieLab launched Makies™, the World’s first customisable, posable and super creative action doll. MAKIES come 10” in size and can be male or female with faces and features designed by the user him/herself. They cost £99 (VAT incl.) and include the MAKIE doll, one outfit bundle, one pair of eyes, one wig and a certificate of authenticity. The home of MAKIES is located at makie.me.

The MakieLab team is split between two locations: a small team at the London HQ base and a tiny team in Helsinki, but both have the passion and know-how to add something amazing to the world of toys.

MakieLab just recently announced a significant strengthening of the core team with the appointment of Martha Lane Fox, the UK’s Digital Champion, as Chairperson. Lane Fox is the founder of several entertainment and leisure-based companies, such as UK’s leading online travel retailer Lastminute.com and the luxury karaoke brand LuckyVoice.com.

According to Alice Taylor, the Founder and CEO of the company, “Having Martha as our chair is an amazing privilege, and a complete delight. We’re inspired by her commitment to all things internet, her incredible marketing expertise and her passion for new frontiers. She’ll keep us pushing at boundaries and her expertise will be invaluable as we grow and diversify.”

Martha Lane Fox was also excited to accept the position, “It’s rare to find a start-up that combines the disruption of a whole industry, a fabulous consumer facing product and an extremely strong team, but MakieLab does all three. I’m absolutely delighted that they wanted me as their Chair – even if it means my house is now full of 3D printed toys!”

Further recent hires for senior positions in the company were Ben Burry, former lead of the Moshi Monsters platform team at Mind Candy, who surely brings a wealth of engineering and systems-building experience to the table as Senior Developer at MakieLab. And Jen Bolton is MakieLab’s new Communications Director. She has been an advisor to MakieLab since it’s founding but has now come on board in a more visible role. Previously Jen was with ICO Partners, where she lead high profile online games PR accounts such as NHN Corporation and Riot Games.

With the new additions to the team the future looks bright for MakieLab. We at 3DPrintingIndustry.com will be watching their development closely and hope to report on further moves forward by this pioneering company. 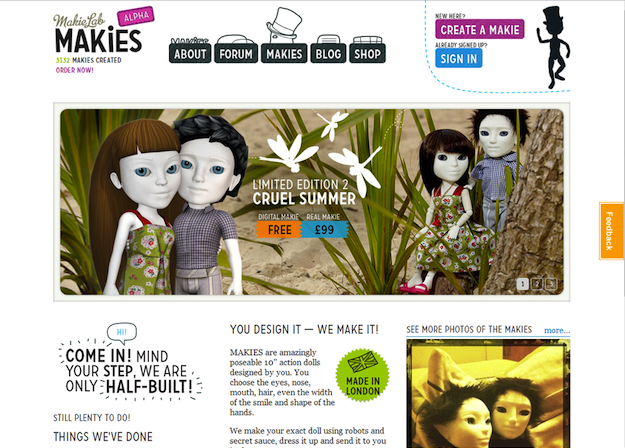