We recently reported on Maurizio Casella’s (AKA Mao) 3D printed models and also on his very high proficiency at designing and making new, 3D printable toy models in just a few days. A couple of weeks after the latest Fiat 500 3D printable modeling kit was released, another symbol of Italy’s now long gone “la dolce vita” (the sweet life) myth of the lives again though 3D printing: the Vespa scooter. 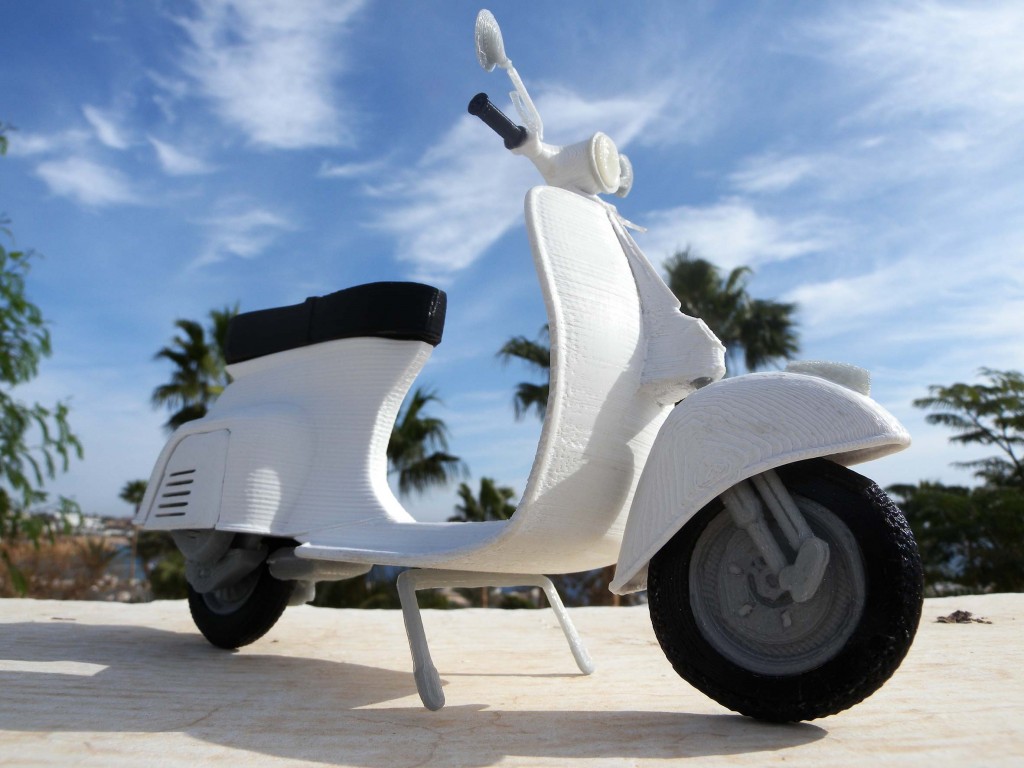 “This is the scooter from when I was sixteen,” Maurizio revealed. “[It is] a Vespa 125 Primavera composed by 14 different .stl modeled and printed by me.” It will be available shortly on a few 3D model online marketplaces such as 3DaGoGo, Cults, Pinshape, Threeding and ToyFabb.

Mao thought he should hold up on releasing it as he did not want to overcrowd the market but I insisted he publish it and make it available as soon as possible. Perhaps it is because I am a somewhat nostalgic Italian, but I just found it too cool and inspiring not to show it off (the fact that, as a journalist, I am physiologically bound to spread news as fast as possible may also have something to do with it).

I am also convinced that there can never be too many great – and tested – 3D printable models out there. The market is just too young and its potential is just too great. One toy modeling enthusiast who may have missed out on the sportcars and the Fiat 500 may be captured by the Vespa. Then 3D printing will see one, or even many, more adopters. 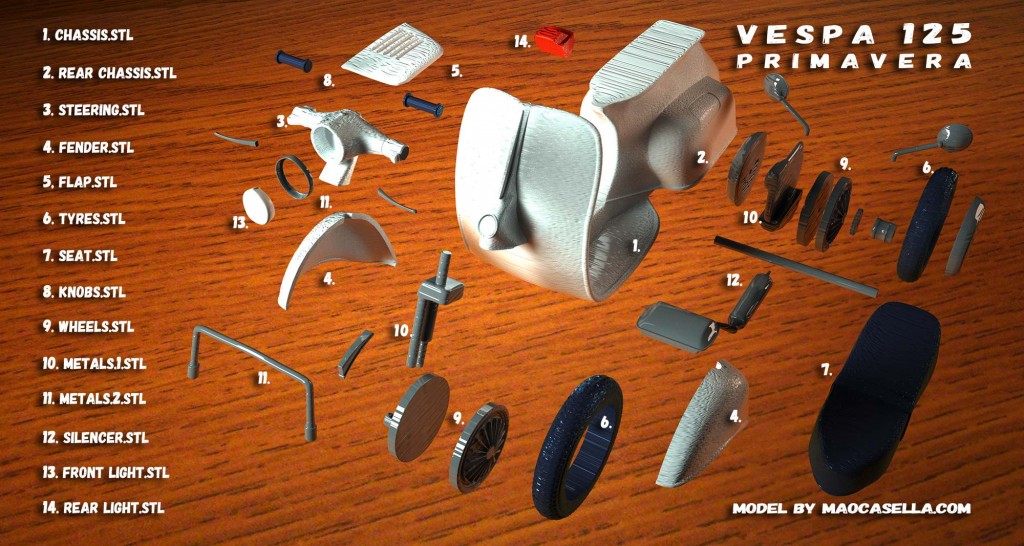 I am convinced that toy modeling is one of the best applications for 3D printing. Building something from parts is certainly rewarding, but building something and also making the parts for it from a digital design is bound to be even more satisfying.

The Vespa – a name which in Italian means “wasp” – was created by Piaggio, which used to be a fighter plane manufacturer, in 1946. Its components, including the trademark wheels and splashguards, used to be airplane parts. Over the years it has come to represent Italian ingenuity, style and resourcefulness. Now, after Italy is again living through its worse economic crisis since World War Two, it may again represent a rebirth, through 3D printing. One of Italy’s largest 3D printer manufacturer is called WASP: coincidence? I think not. 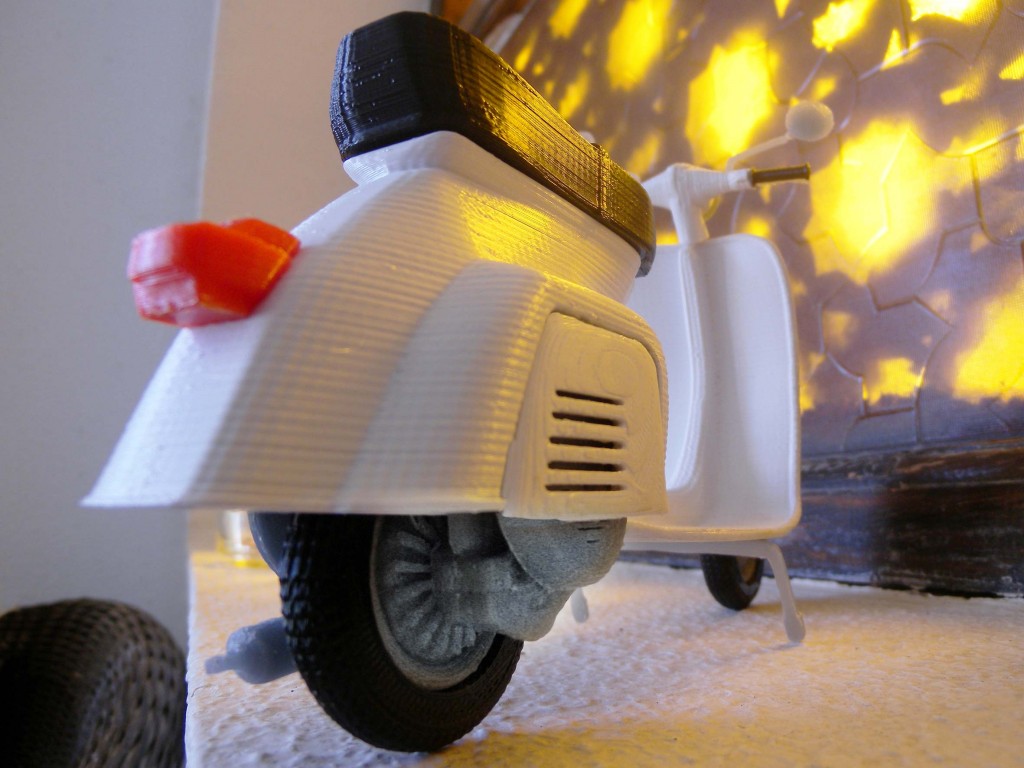