Jennifer Lewis, Sc.D., a key member of the Wyss Institute Core Faculty has been selected as one of Foreign Policy‘s 100 Leading Global Thinkers of 2014 for her disruptive research into 3D bioprinting. Honorees were selected internationally for their efforts to impact the world through transformative ideas and actions. Anything to do with 3D bioprinting is certainly that, but Ms Lewis’ work certainly stands out. And her peers are certainly proud of her achievements.

“Her deep understanding of the physics and chemistry of materials has propelled Jennifer to the forefront of additive manufacturing, and now 3D bioprinting,” said Wyss Institute Founding Director Donald Ingber, M.D., Ph.D. “We are proud to have her as an integral member of the Wyss Core Faculty and to see that the importance of her work is being appreciated by the global community.” 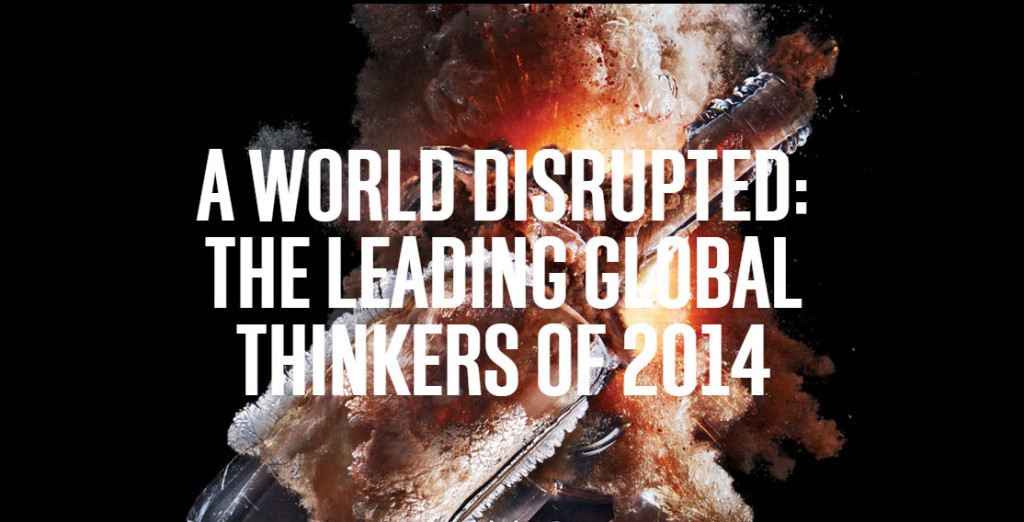 Lewis, the Hansjörg Wyss Professor of Biologically Inspired Engineering at Harvard’s School of Engineering and Applied Sciences, pioneered the microscale 3D printing of functional inks. While conventional 3D printing can create intricate structures from synthetic materials like plastic or metal by depositing materials layer by layer, functional inks enable the printing of novel devices such as 3D antennas, embedded sensors, and rechargeable microbatteries by building in layers or by weaving in-and-out of plane, much like a spider lays silk to create its web.

More recently, Lewis developed inks containing key ingredients of living tissues such as cells and extracellular matrix as well as fugitive inks for printing 3D tissue constructs with embedded vascular networks. Her team’s work has led to a major advance – in that tissues containing blood vessels and multiple cell types can now be assembled in architectures approaching the complexity of human tissues.

An event attended by Lewis in Washington, D.C., yesterday honored all the 100 Global Thinkers and featured a keynote presentation by U.S. Secretary of State John Kerry. The Global Thinkers were selected by Foreign Policy‘s editors for the measurable difference they have made this past year in politics, business, technology, the arts, and the sciences. Lewis and her work will be featured in Foreign Policy‘s November issue alongside the profiles of other Global Thinkers.

“This is an incredibly exciting time in bioprinting specifically, and in additive manufacturing as a whole,” said Lewis. “I am honored to be recognized by Foreign Policy for our scientific efforts to push the boundaries of what’s really possible in 3D printing.”

Moving forward, she is focusing on developing methods to print small sub-units of tissues, such as those responsible for kidney function.