Sharebot 42 May Be the Answer Desktop 3D Printing Seeks

Thus far, the road for most desktop 3D printing companies has not been without its challenges, as many aim to try and strike a sweet spot between the consumer and pro-sumer market. When looking to please both the true Maker community and the average 3D printing consumer, desktop 3D printers must be engineered with both accessibility and quality in mind. The Italian 3D printer manufacturer Sharebot believes that their new FFF printer, the Sharebot 42, may just be the device that meets that middle-ground.

For those who are fans of Hitchhiker’s Guide to the Galaxy, the number 42 represents the ultimate answer to the meaning of life, which is where Sharebot drew inspiration for the name of their latest printer. Fun fact for you Sci-fi fans out there, Sharebot has used similar references in the past for their printers, such as the Sharebot NG or their DLP 3D printer, the Voyager. 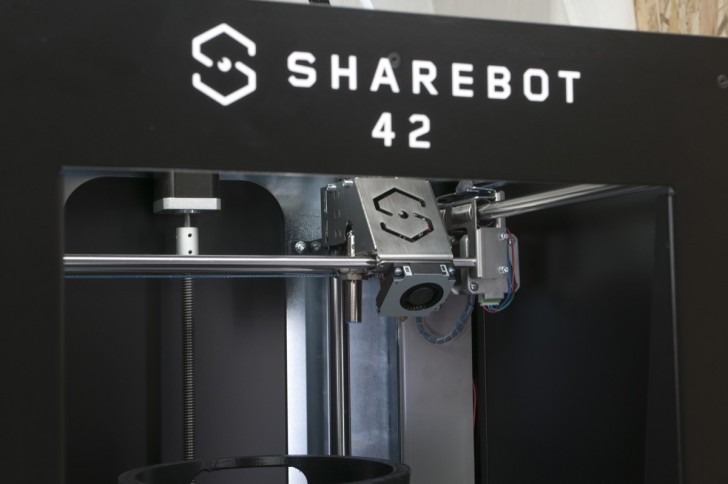 The printer has a full-metal body, plug & play capabilities, auto-calibration, interchangeable nozzles (to .4, .6, and .8 mm sizes), and a filament sensor that will pause the print if the material runs out, making this a seemingly well-rounded and compact desktop 3D printer. The 42 will also be equipped with a heated build plate, and will print at speeds of up to 23 mm per second. Sharebot has also implemented a new ARM internal electronics board as well, which not only enables WiFi connectivity, but also makes on-board webcam integration possible, too. 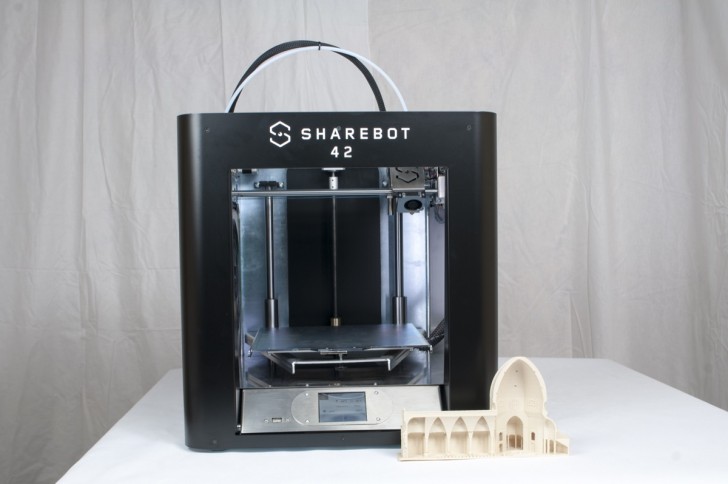 Aesthetically, the Sharebot 42 shares a compact and sleek black body similar to the style of their previous FFF 3D printers, and also has a full-color touchscreen that brightens up the design and gives users full access to managing printing operations. Unfortunately, I could not find an exact number of the build size capabilities, and though an exact price has not yet been disclosed, the printer is said to cost under €3,000. The company is no stranger to manufacturing 3D printers, and have already released their own professional-grade DLP, SLS, and SLA printers in the past.

The Sharebot 42 isn’t the only thing that is putting Sharebot on the desktop 3D printing map; the Italian company has been working to develop new materials and continue venturing into other 3D printing styles. At a recent conference, where Sharebot CEO Ambrogio Donghi announced the Sharebot 42, it was also revealed that they were working with Next Materials to launch a new, ecologically friendly filament that they are calling 3D paper. This material is said to be biodegradable, dissoluble in water, hardened when heated, elastic, and also able to be colored. It’s clear through their work that Sharebot is looking to take on 3D printing technology from all angles, which may help them in the fight to make a desktop 3D printer that works for Makers of all skill levels.

With a pretty notable presence in Europe thus far, Sharebot hopes to continue the expand their reach in the 3D printing market, and may just help some find their own “42” through their desktop 3D printer.